"In a world ravaged by an eighteen year long war, 2 decade's ago, now being divided by the clash between magic and technologie, a young thief named Victor has been burdened to
serve as a vital tool to save the world from an ominous ancient threat
returning from its damnation.
You are a thief born and raised in the swampcountry Samweyr which is one of the poorest land's there are. It has a lot of swamp, little population and a lot of poverty. After the bloodmoon wars those who are able to cast magic rule the people as it has always been. Those who can cast magic without being part of a royal blood line or priesthood get sentenced to death. (convicted for sorcery and witchcraft). The general public believes that the nobles are blessed by the gods, and those who can work magic in the lower classes are possessed by demons. Fear allowed them to control people. Technology however, the new machines allow the general public to be independent, to live without being controlled by those who can work magic. It is clear that aritocrathy want to undermine any effort the scientists make and studying mechanics and machinery is outlawed as herasy)

The truth is that all human beings, trained enough can cast magic, most would only be able to telepathically move a glass after decades of training, others are more potent. The more potent you are, the more connected you are to the spirit world (in lag of a better therm) so it is more likely that you can be possessed or corrupted by an evil entitie.
The protagonist himself has been possessed by a demon in a moment of pure hatred and sheer raged. He was setting the thugs who murdered his daughter on fire...with his bare hands. They burned down to the bones within seconds. In a night, in which all people close to the veil of ghosts have been recruted by a once prisoned demonic force gathering in the shadows, waiting to strike to pave the way for their demonic rulers. Only the demon corrupting the mind of Victor is facing a different goal as she suddenly discovers sympathy for her host... the two form a bond to stop the invasion and to save Victor's kind.

The first game in the series (if a series will spawn from this) plays in the abbey of murhakar where young nobles and kings are teached in the art of magic and where they study for their future roles as Aristocrats. The abbey is heavily guarded by the legion and overseen by a coven of elite mages. Even though the abbey grew into its own little state over the century's (think vatican) it has originally only built to hide a secret guarded by the coven pretending to be only in charge of the recruitment of mages.
Underneath the abbey, deep within a maze of cavestructures lies a huge inverted pyramid built by an ancient, long lost, civilisation.

Sunken in the ground within the millions of years that passed, this temple hides the only weapon needed to ban the invasive demonic force... and it can only be wielded by someone with demonic blood. (you guessed it)

Alright, grammar errors, typos and the likes can be kept free of charge. Thanks for reading. 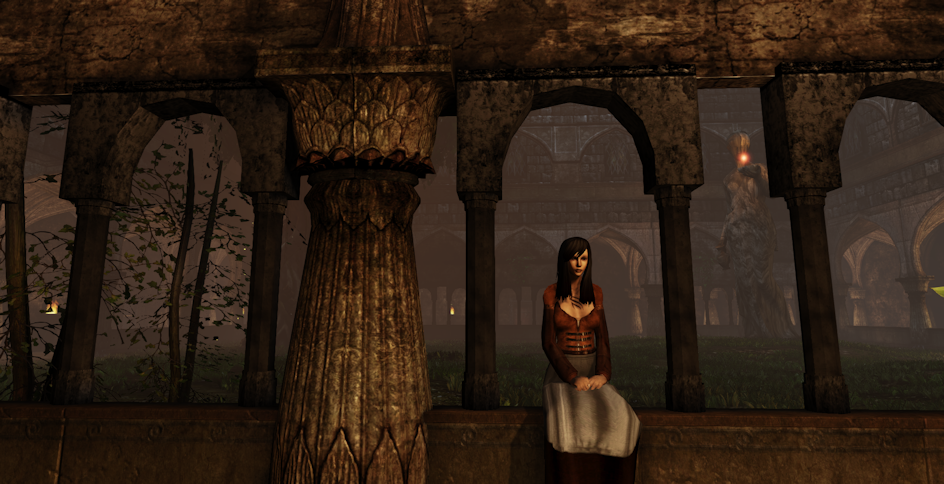 I tell you right away before you notice it yourself. There isn't much new to show. Why?
Well, I've gotten myself a fulltimejob. One of the more... engaging ones where you can never sit down.
I just don't have the force to work on my art at the evening so development goes very slow at the moment.
This however, won't be lasting so there will be more interesting stuff to see in the near future.

What is new? A lot has been scratched! :D I refined the game a little, grounding myself in reality seeing

what I can do within reasonable time and what would just take me forever and my nerves to the grave.

There will be no parcour. This will most likely disappoint some friends of mine but hey! You can still do basic climbing. The game will also be released in 3 builds/episodes. (yes, I know...gamedevelopers do rarely make it to "episode 3". Lets just try it anyway)

I stretched the story a little. The original script was revolving only around a prison, the monastery and the temple. I will however add some outdoor exploration... for me, to play with the engine and for you to enjoy some nice swamp athmosphere. I do also anticipate to get an episode to last at least one to two hours of gameplay.

An Amnesia inspired physics system was also a lot easier than I thought but I think I already mentioned that.I have been tampering a lot with UDK's Physics gun and its still far from perfect. I lift the veil from that once its at least in betastate.

There are, however, still no enemies. Its a part I might pick up towards a later development state.
I was thinking about applying a body to the maincharacter. Hooking it to the camera like in Dark Messiah

or the likes. I'm not so sure about the idea yet as the game will involve some swimming, a lot of jumping and the result might be a little clumsy.

The guys who made thief³ managed to get great results...so there should be some way for me to get the job done aswell.

I was also thinking about a book system. Books and letters are important in the game, but I know that
least of us are really big on reading stuff in games...so I decided to build in a "summary" features that
shows the contents of the letter/book summed up by pressing left click.
While I do still have no new/ relevant media to show, here are some different angles on things that I
have already done. You may like that or you may not. 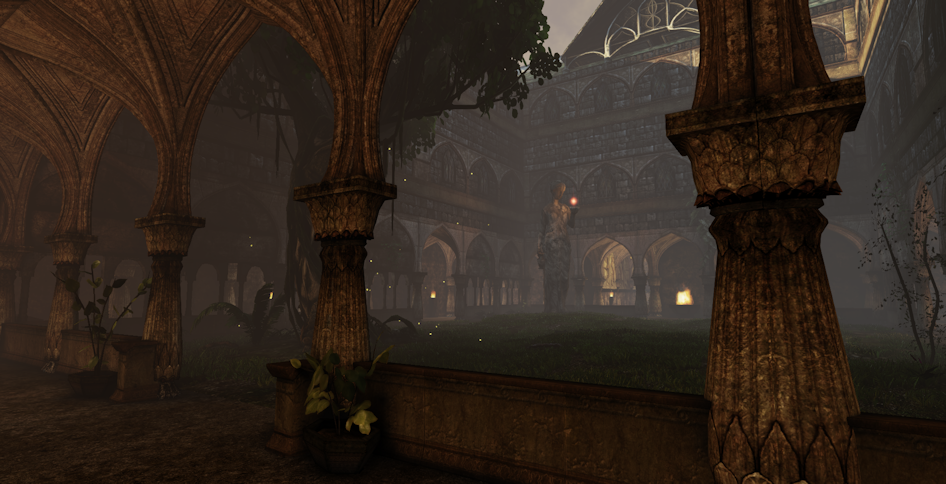 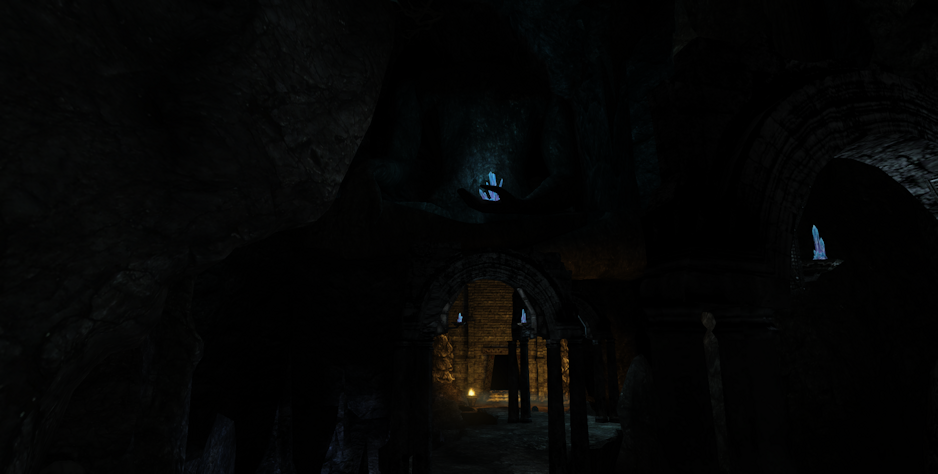 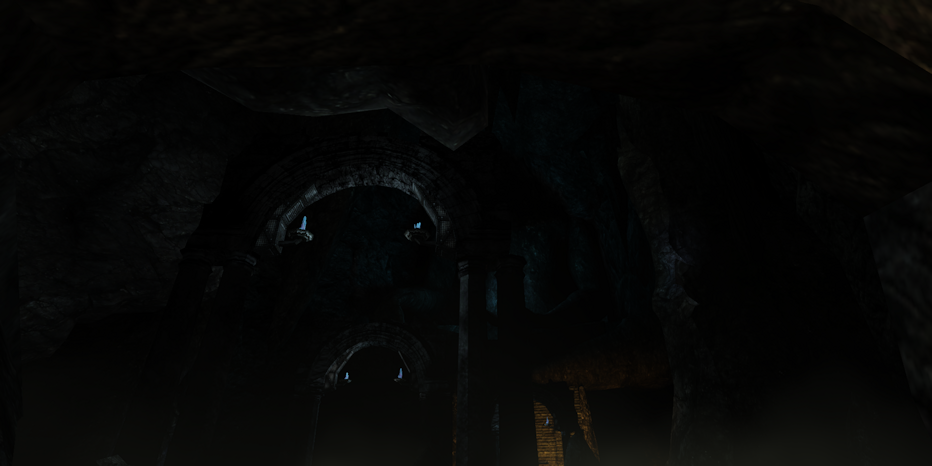 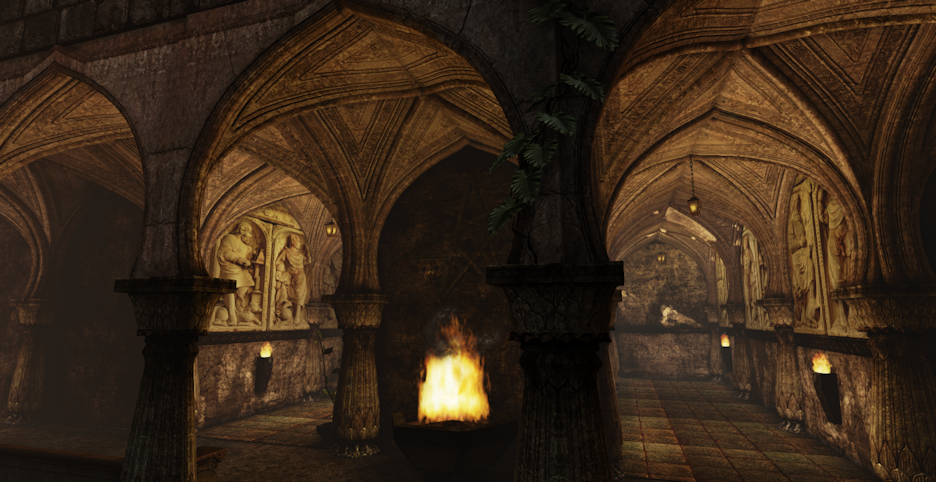 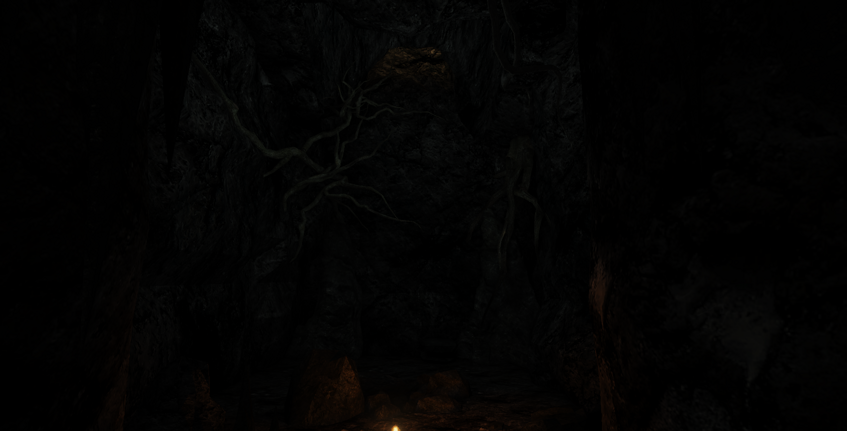 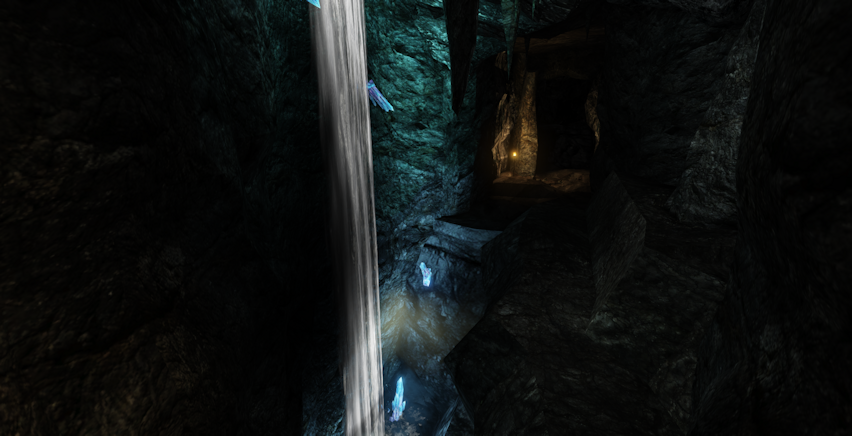 Development on this might run a little slow for the next six months. I think I will focus my energy on something small that will be released on desura to raise funds for this project... but I won't bother you with that until I have something more concrete to show you. As for now, thanks for keeping your faith in my livingroom gameforge ;) see you guys next time.

Remember that I'm always happy when people check out my other work on my blog (there are also always some extra screenshots and links to be found.) and leave some feedback here. 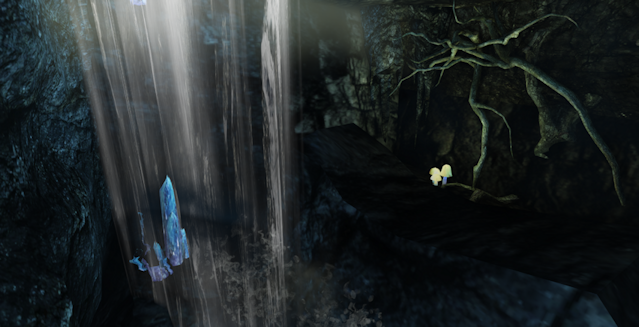 Keeping it up with Relikt. A first person fantasy adventure game.

Relikt - Things are getting unreal

Relikt is back on a new engine and with some fresh images... only a few though. Time to reboot this project and get it to a new level.

A list of the core features of relict and a short description of the Gameplay. Enjoy!

Not exactly. Even though I doubt that it has a future in the unreal engine :)

are those pics from the UDK version ???? Hooooooly shiiiit, this looks sweet !

Yes they are :) The FPSCreator version is discontinued :)

Looks sweet, can't wait to see what comes out of this :)

Good choice moving on to UDK. Looks way better! And yeah, Light Rays are awesome :D. This is worth tracking ;) I'd love to see some gameplay videos!

Maybe... it might also end up costing something below 5 dollars :)
or..if I team up with some other developers and end up making something huge out of this, it might be a larger release. Its really hard to tell this early in the development.

ah yes how do you make content :O
using prefabs or someone elses content is the only way I can, knowing coding and knowing how to build maps is one thing, but creating textures/capturing and mixing sounds... thats a whole different ball game.

Well, what exactly do you want to know? How I model, how I map, how I retexture media I bought/downloaded or how I mix sounds, play music?

BONETOWN - The power of death Adventure