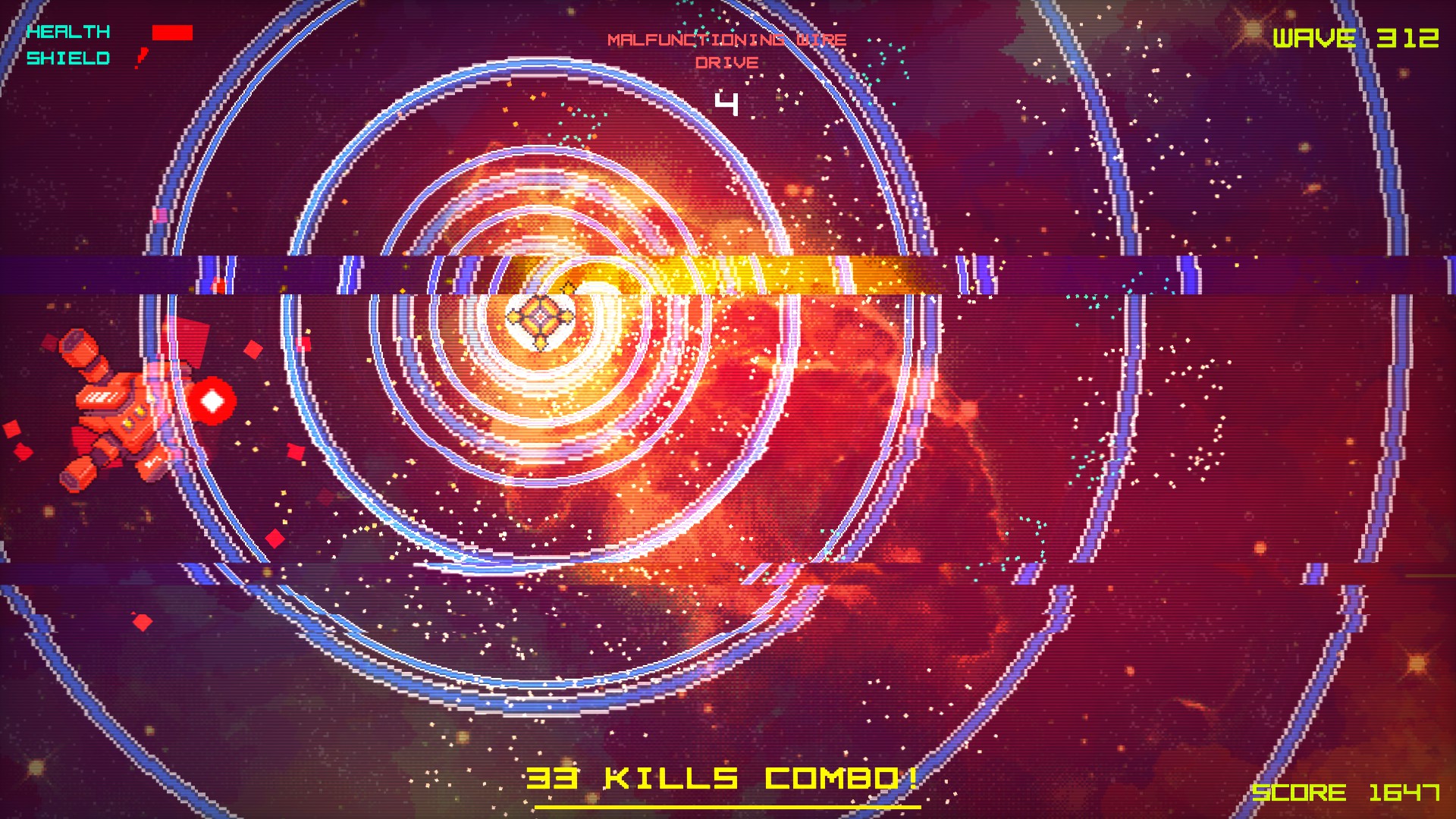 Approximately 4 months ago, 5 years since the very early beginning on Empires in Ruins, I realized I needed a bit of novelty in my developer life. I also wanted a fresh playground where to apply all the best practices learned in 5 years of 12 hours a day of Unity.

Empires in ruins was not the place where experiment that, and the complexity of code and logics (that after several refactorings is now pretty good despite having started as a learning project and being past the 250k lines of code) had started taking a toll on my brain. 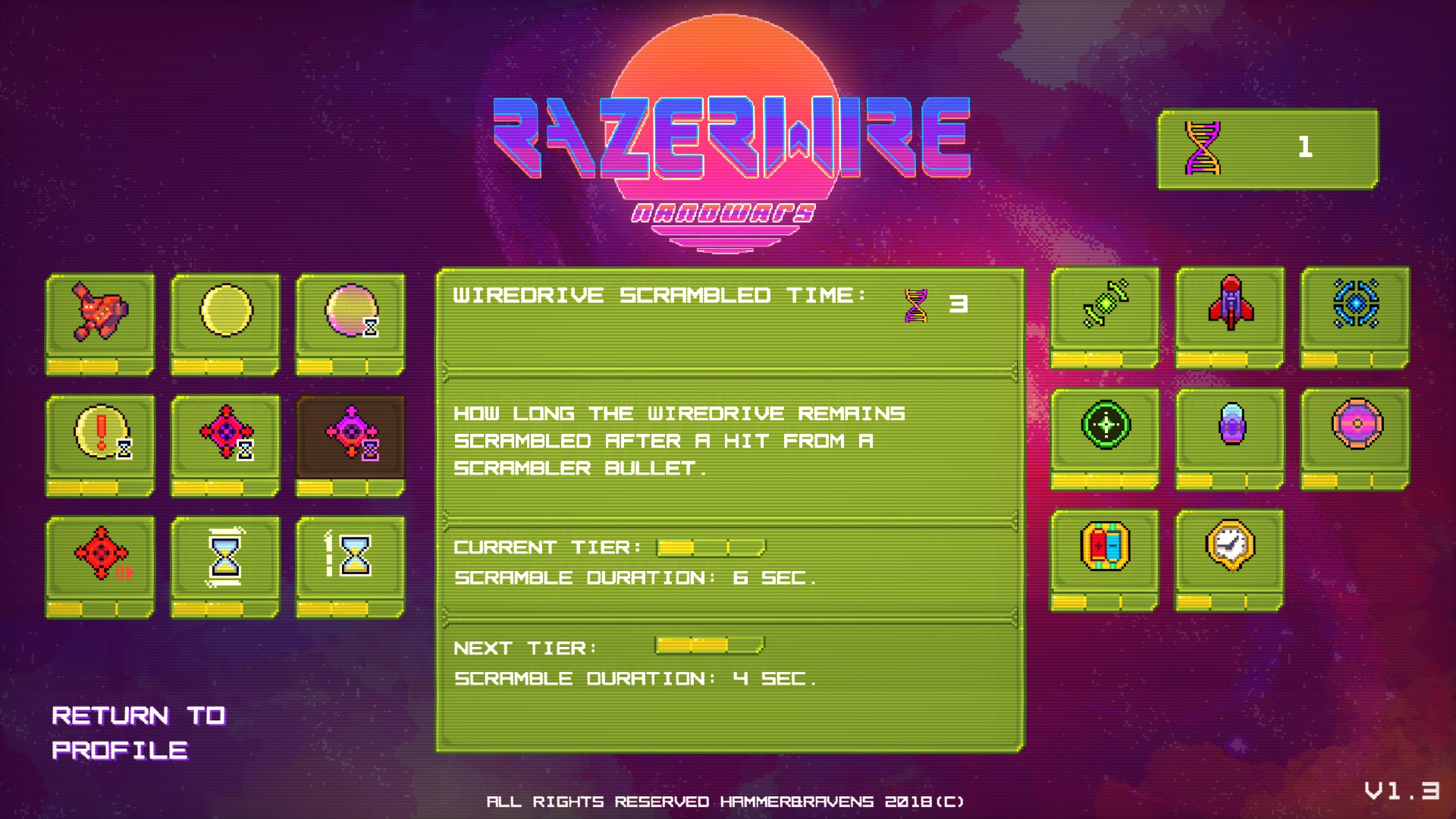 I therefore took one of the ideas i had in the drawer and setup a working pattern. 30 minutes a day for lunch breaks, timed to avoid overflowing on EiR's time. Simple, immediate, colorful and fun had to be keywords.

Although being no artist, as part of the daily brain break, I also wanted to do the visuals myself. I am not that good at it, but I love drawing once and then. So i grabbed my 14 yrs old Wacom Graphire tablet and started sketching concepts. 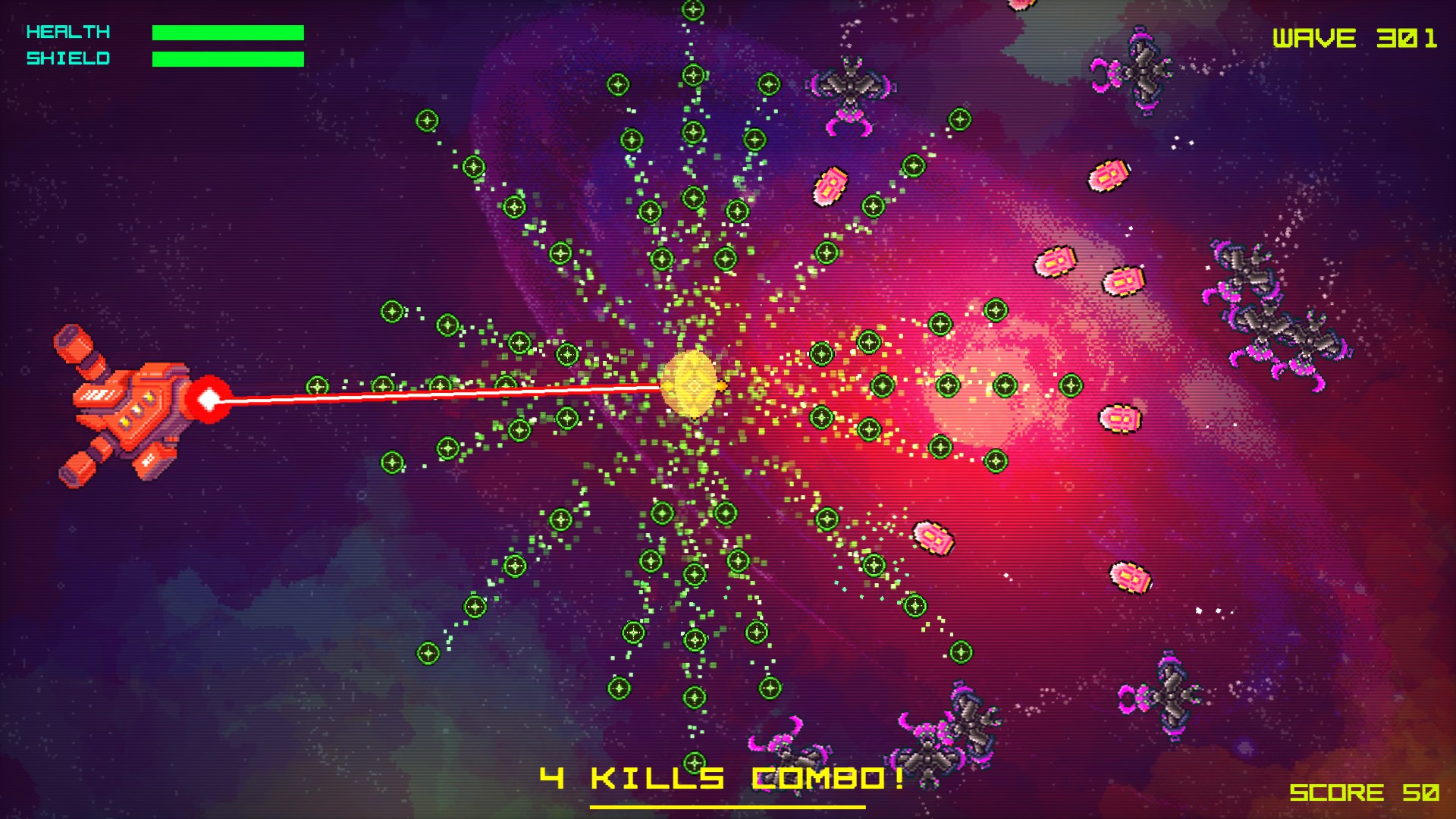 What's in the game : 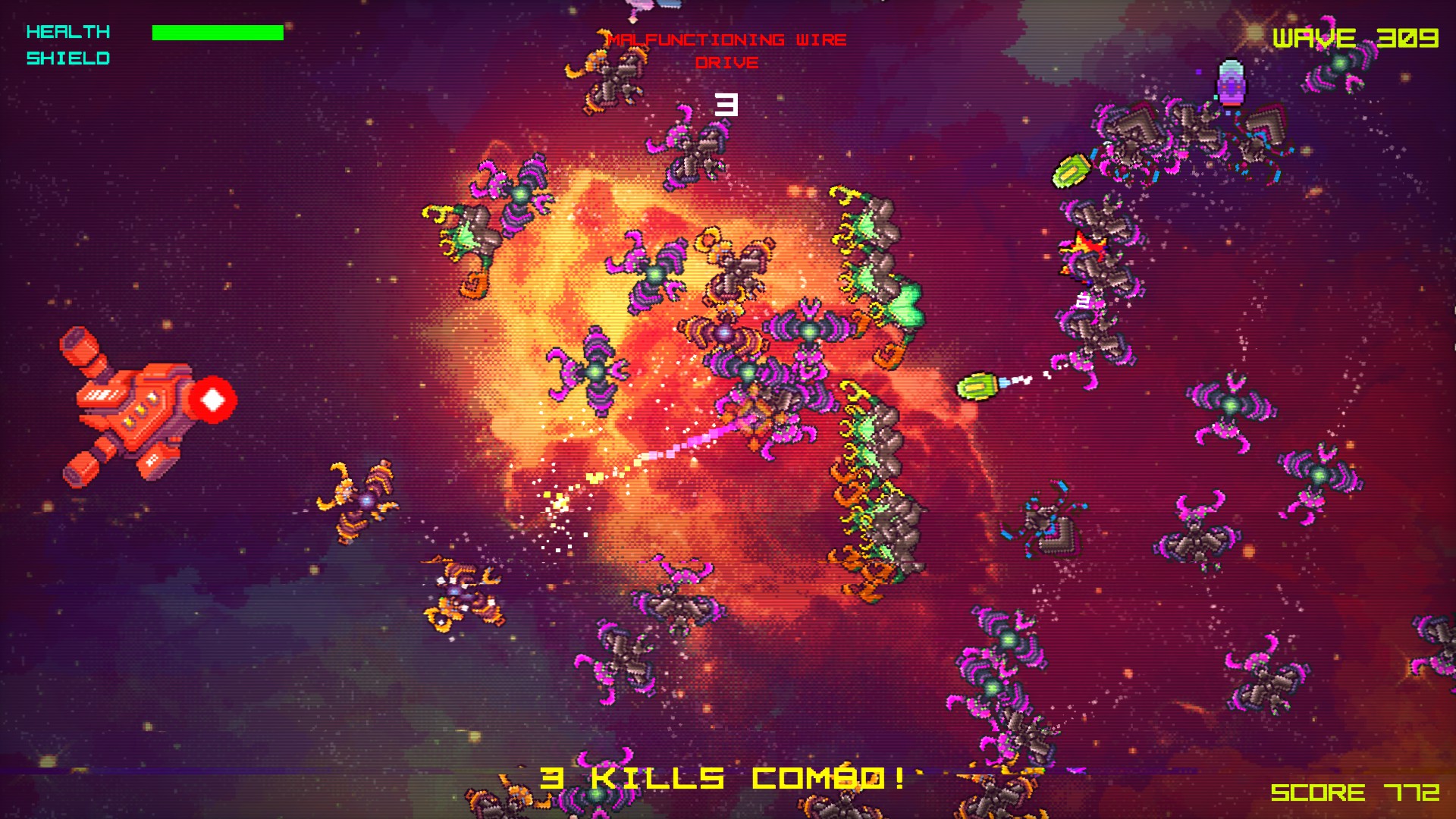 RWNW is a simple and light game, focused on replayability, and includes a nice set of upgrades, achievements, and high scores to satisfy the progression geek in all of us.

If you get to have half the fun playing it as I had making it, I think you'll cherish it!

Thanks for voting and helping Razerwire: Nanowars on it's quest to become the 2022 Indie of the Year. You are now in with a chance to score some free games. Help this game secure more votes by embedding the widget (or link) we have included below on your favorite sites.

RWNW was born in the end of october as many things, not just as game. It was borns as a design and optimization workbench, it was born as a motivational task and also as a way to clean my brain slate during the launch breaks while working with the rest of my team on Empires in Ruins .

In order to be all that it had to be: 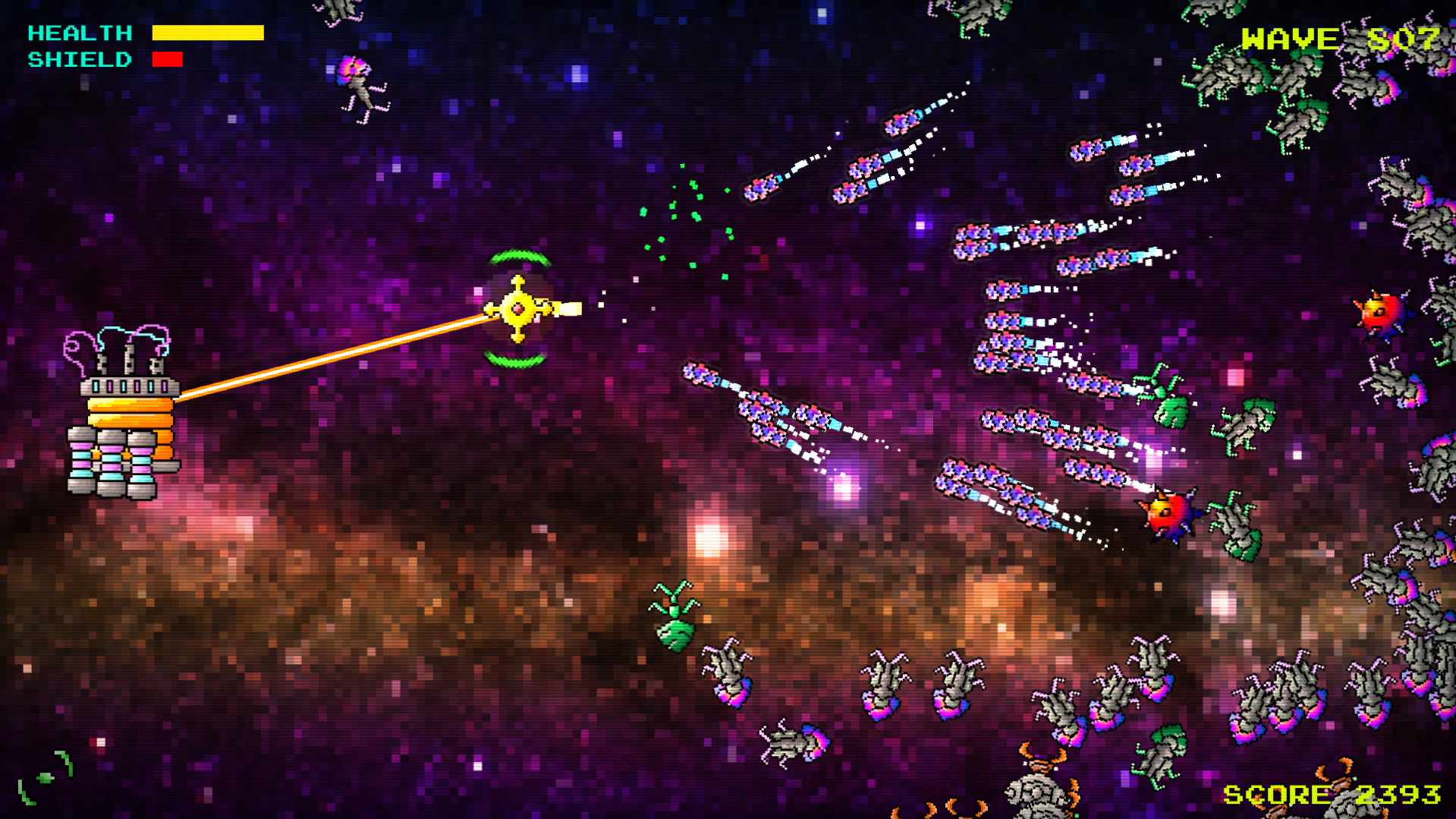 I did set on a funky working timetable that progressively increased in pace, first 30 minutes a day almost every day, then when the game reached a bit more complexity i did change it into 60 minutes a day every 2 days only ( i needed longer streaks for better immersion in the topic), then when we got really close to the end 60 minutes a day, and finally almost fulltime for the last weeks of polish, testing and steam integration.

What did I focus on?

The fulcrum of my work on RWNW was a fast paced gameplay concept I had designed 3 years ago (i confess, the idea came while sitting on the toilet) while brainstorming with myself for ideas for a mobile game.
It's pretty simple, there is a static main generator and a small mobile one (the WireDrive) and a wire/laser/beam/call it as you like it created continuously between the two of them.

When the enemies or their bullets hit the main generator, it takes permanent damage that leads finally to defeat. When the same hit the WireDrive, they damage its shield, when the shileds are down they jam it for a given duration of time. A jammed WireDrive moves clumsily and produces and unreliable beam. 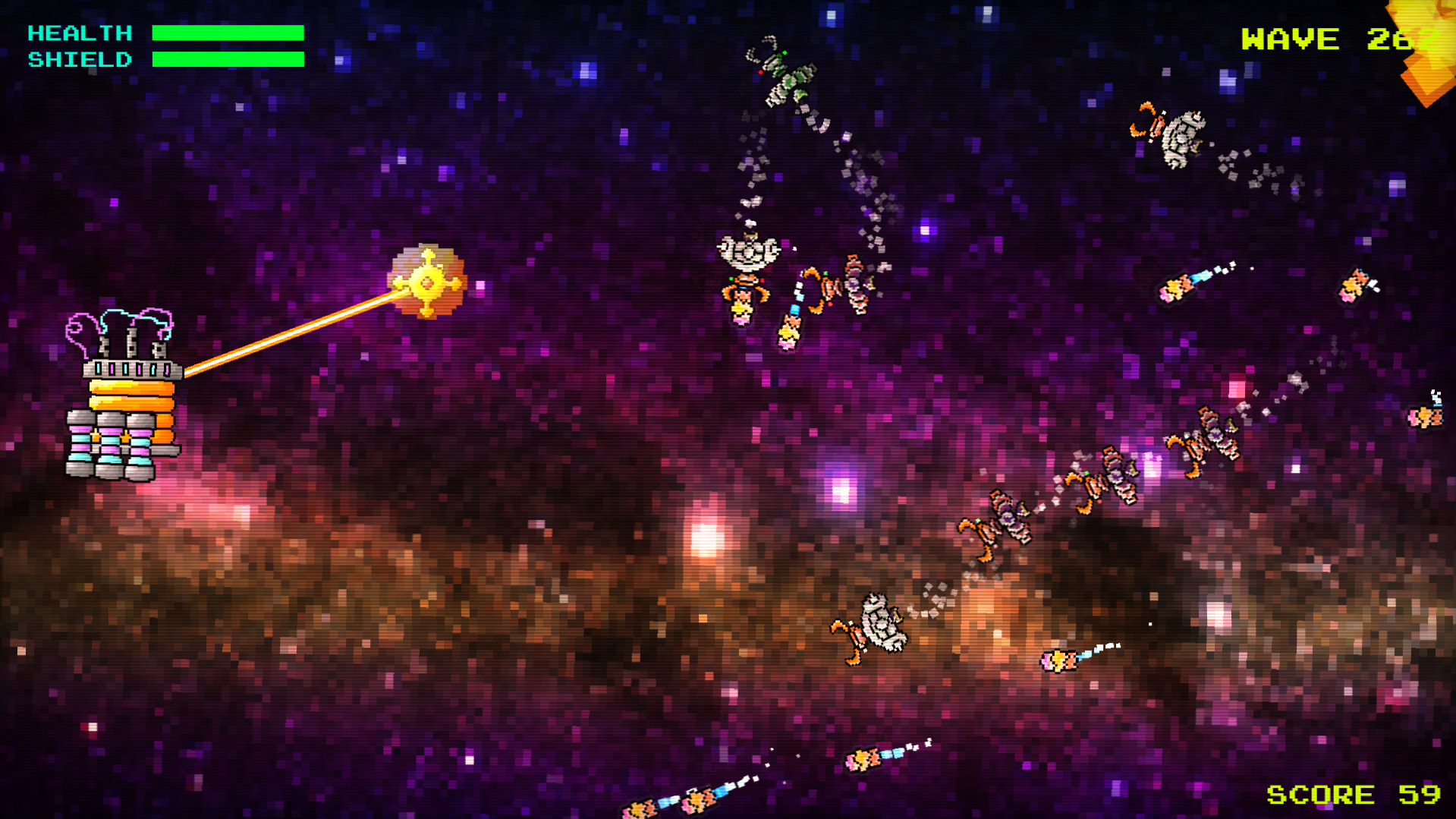 The game has a "roguelite" (don't kill me for the abuse of the word, it's the closest example I could find) progression in which every time you die, you collect some nanopoints (1 each 1000 score points) and can use them in order to unlock upgrades (9) and powerups (8) of various sorts. 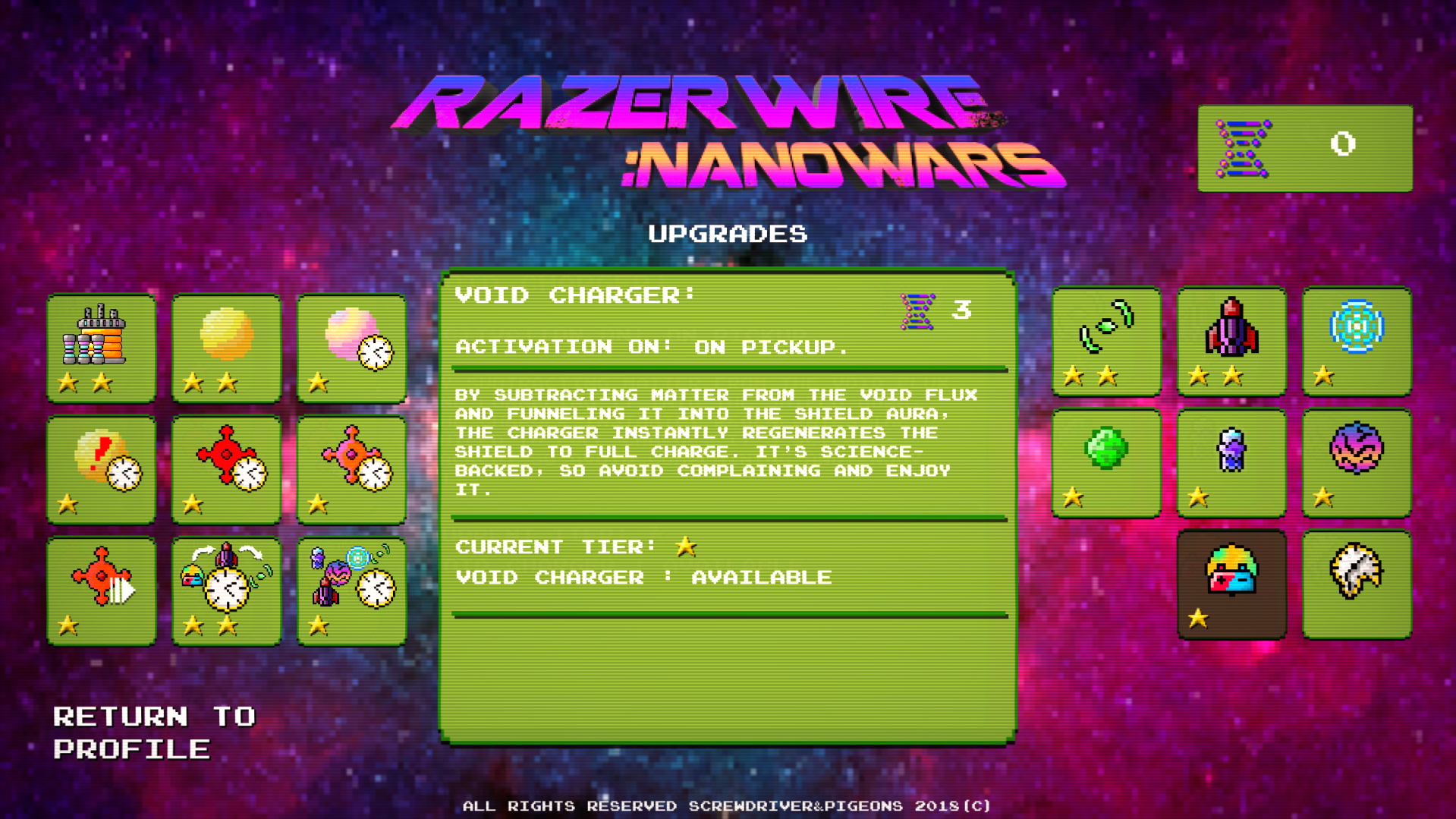 Enemies might not be the smartest race in the galaxy, but sure enough they offer a bit of a challenge. There are 7 enemies type, each with its own peculiar movement type (all very different from each other) and each type comes in two variants with different shooting options (homing, standard, scrambler or multiple). They come in growing numbers with the waves progressing and get armored and faster as well.

The last spice up to the battlefield is represented by the mines, that have the lovely ability of instantaneously jamming your WireDrive if hit with the wire or with the Drive. That's what antimatters and missiles can be for. 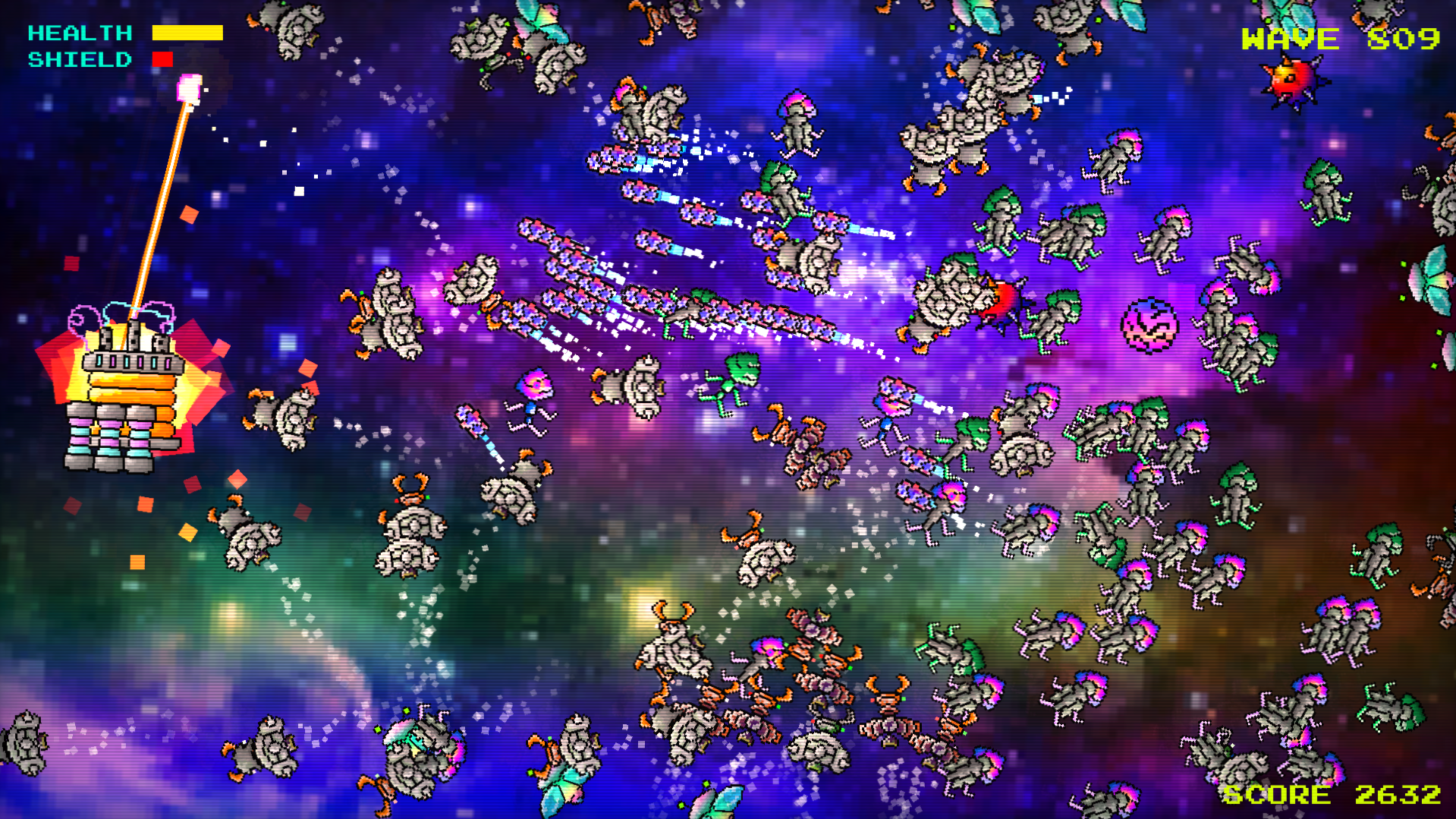 To finish things up then, the game grants approximately 2 to 3 hours of gameplay before being maxed out (25 achievements and all the upgrades), the maximum wave reached from the leaderboards is around wave 1400 at the moment (pretty high :D ), so I really hope that for 1$ it's considered to be a pleasant purchase for whoever might want it.

Let's all try to bring back the 1-dollar price belt up to a decent quality from the kind of abyss it slipped into lately ;)

I did it, the game finally made it to steam! A couple of weeks more of polish and integration, then RWNW will release.

How a timed working pattern is helping me in keeping productivity high in a fixed duration project.