Create your very own banging rave! Construct sets and stages, hire famous DJs, set up lights and effects, inspire thousands to jump and scream and much more! Turn your dreams into cash and become a successful Rave Tycoon!

Improvements have been made to Rave Tycoon. We are proud to say that now the player can construct awesome effects such as lasers, smoke and fire to really increase the intensity of the rave. These effects will contribute to the Hype of the Rave, meaning that more and more people will be making their way to the rave and earning the player increasing amounts of profits by doing so. 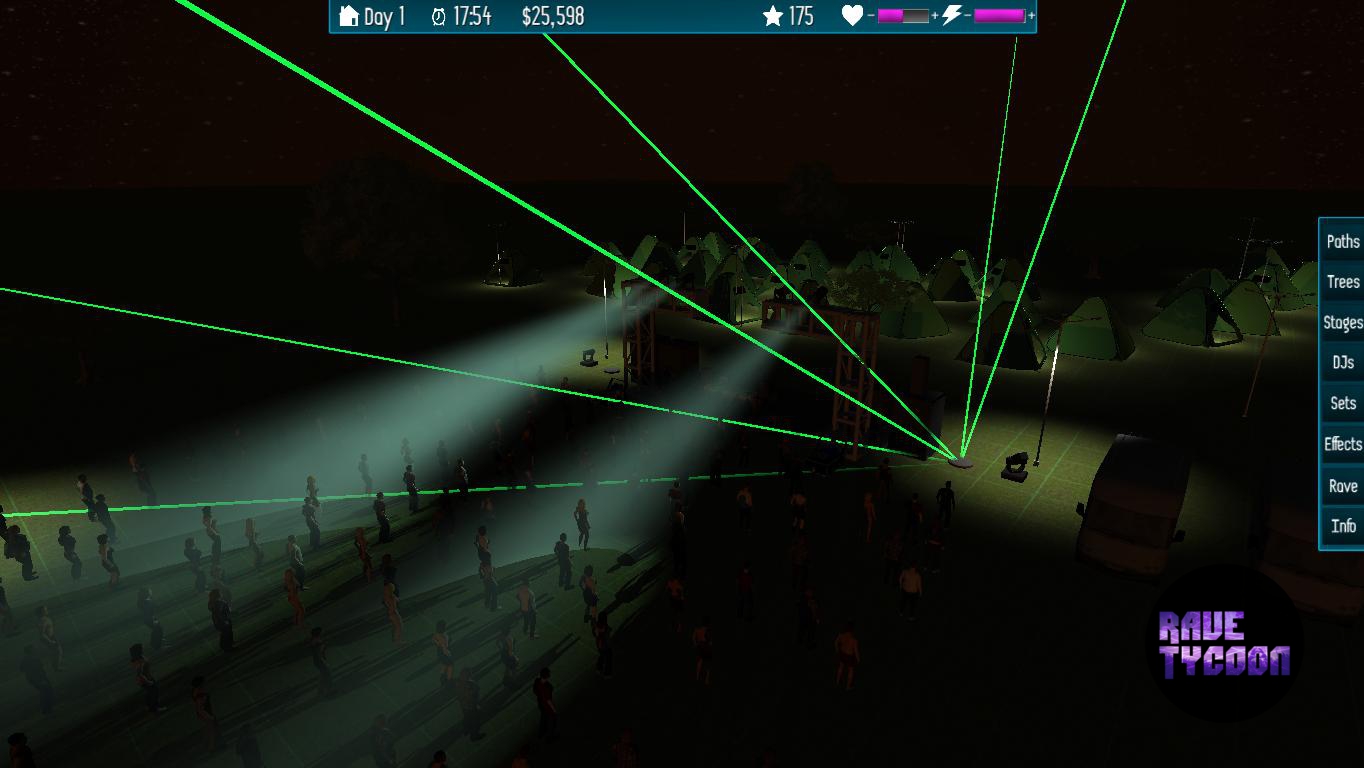 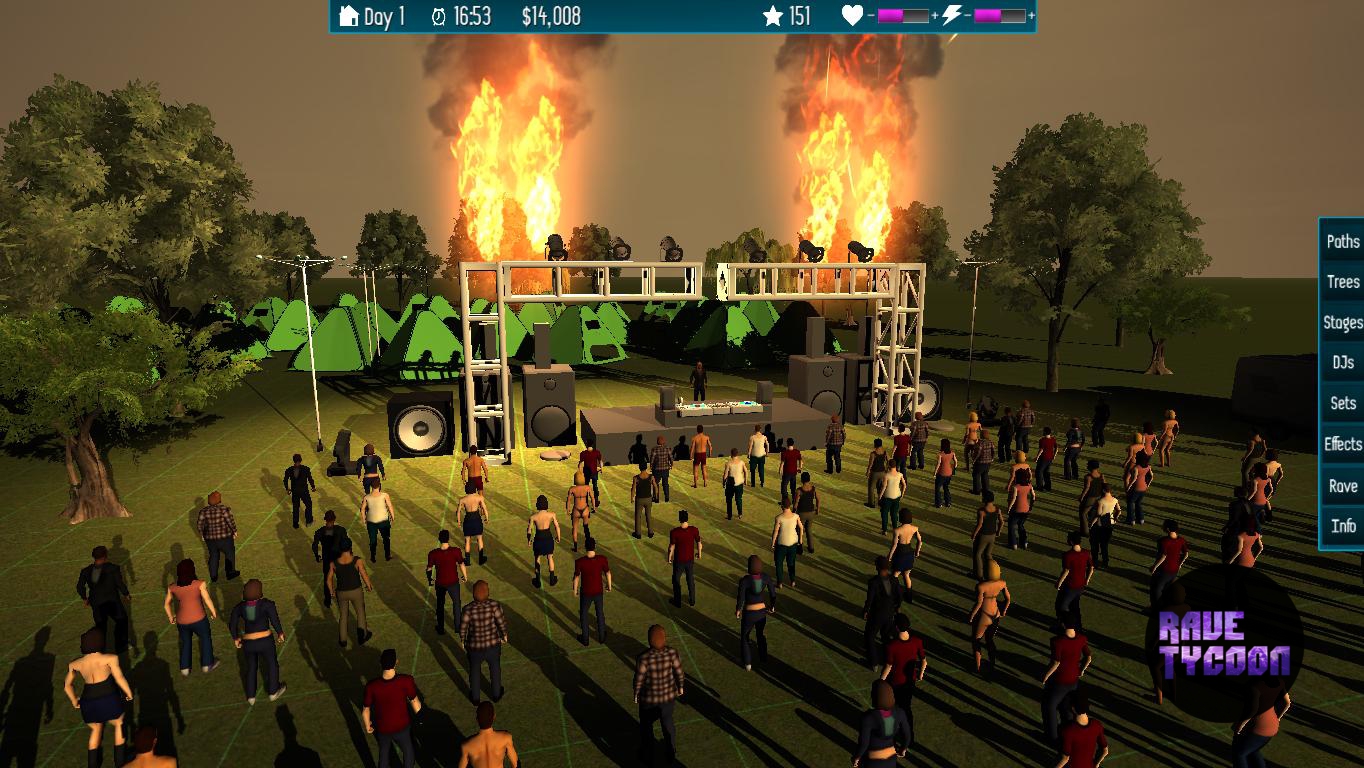 We have also released a new Trailer for Rave Tycoon. Check it out below!

We also have a Facebook group and we will be posting constant updates and builds to it. it would mean a lot if you could take a second to like it.

What ever happened to this game? Looks really cool.

Do you have any talents lined up for the soundtrack yet?

We have local artists that will be providing their own compositions for the several DJs that are available :).

Hahaha no way I did not expect this to exist :D Looks interesting!