Qubes is an online 1v1 game where fast thinking, speed and focus are at the core of the gameplay experience. Challenge a friend or a random player in a match with a set of randomly generated rules, and with the help of different powerups. Color the majority of the map to win the round. The first player to 3 rounds wins the match! Currently on Kickstarter!

The time has come!

After some months of work and an unsuccesfull kickstarter campaign, I managed to take Qubes to an early access version and setup the release on Steam for the 15th of this month by finance the game by myself. The game will be out in early access because it's currently playable in an online multiplayer 1v1 mode or against an Easy AI, but it still lacks many of the features i was thinking to add. To have the game evolve I want to release this version to also know what people think about it, and to see if there is anything i can change to make it more fun/enjoyable!

I've made a short early access trailer to show the current status of the game: 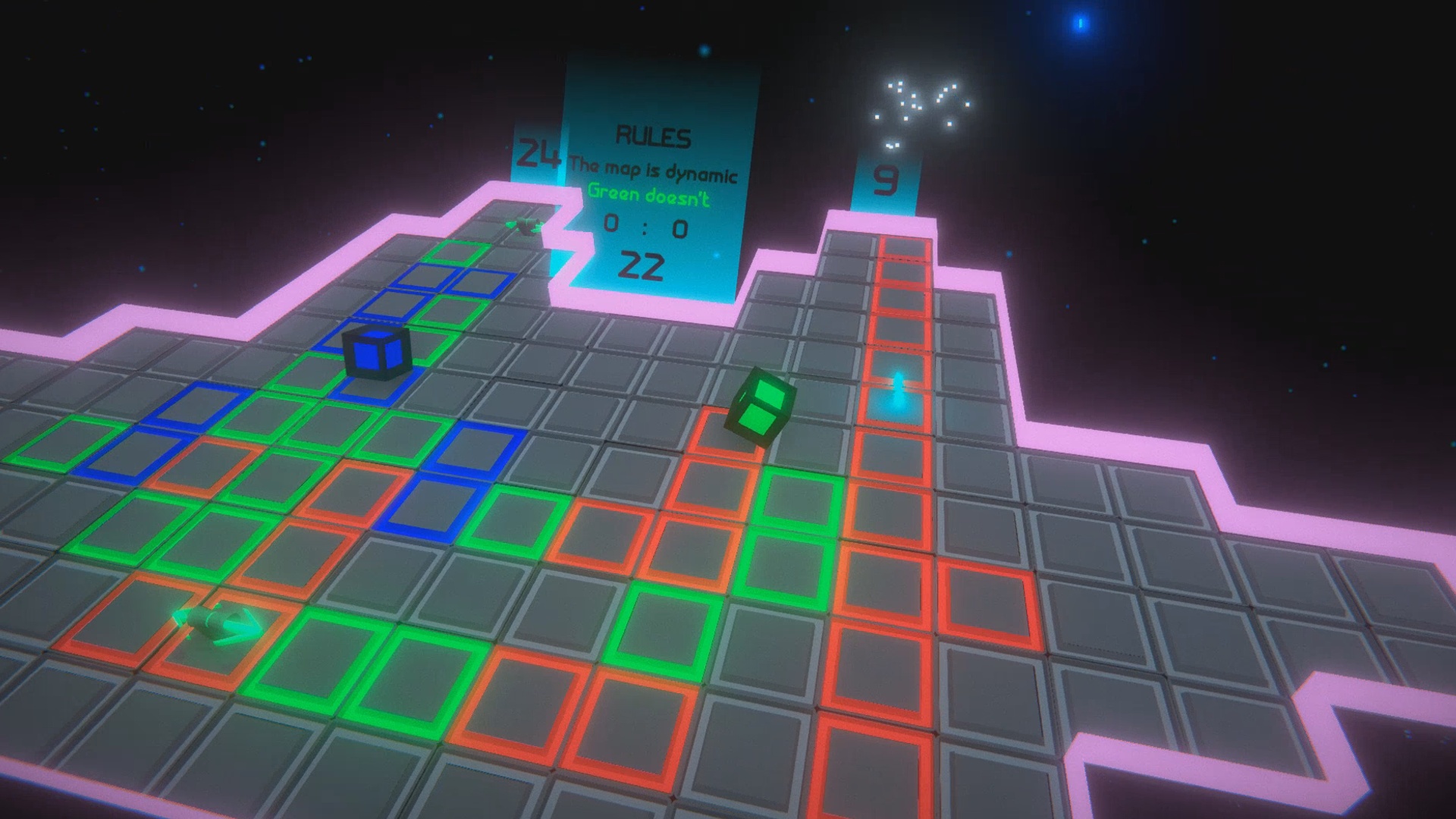 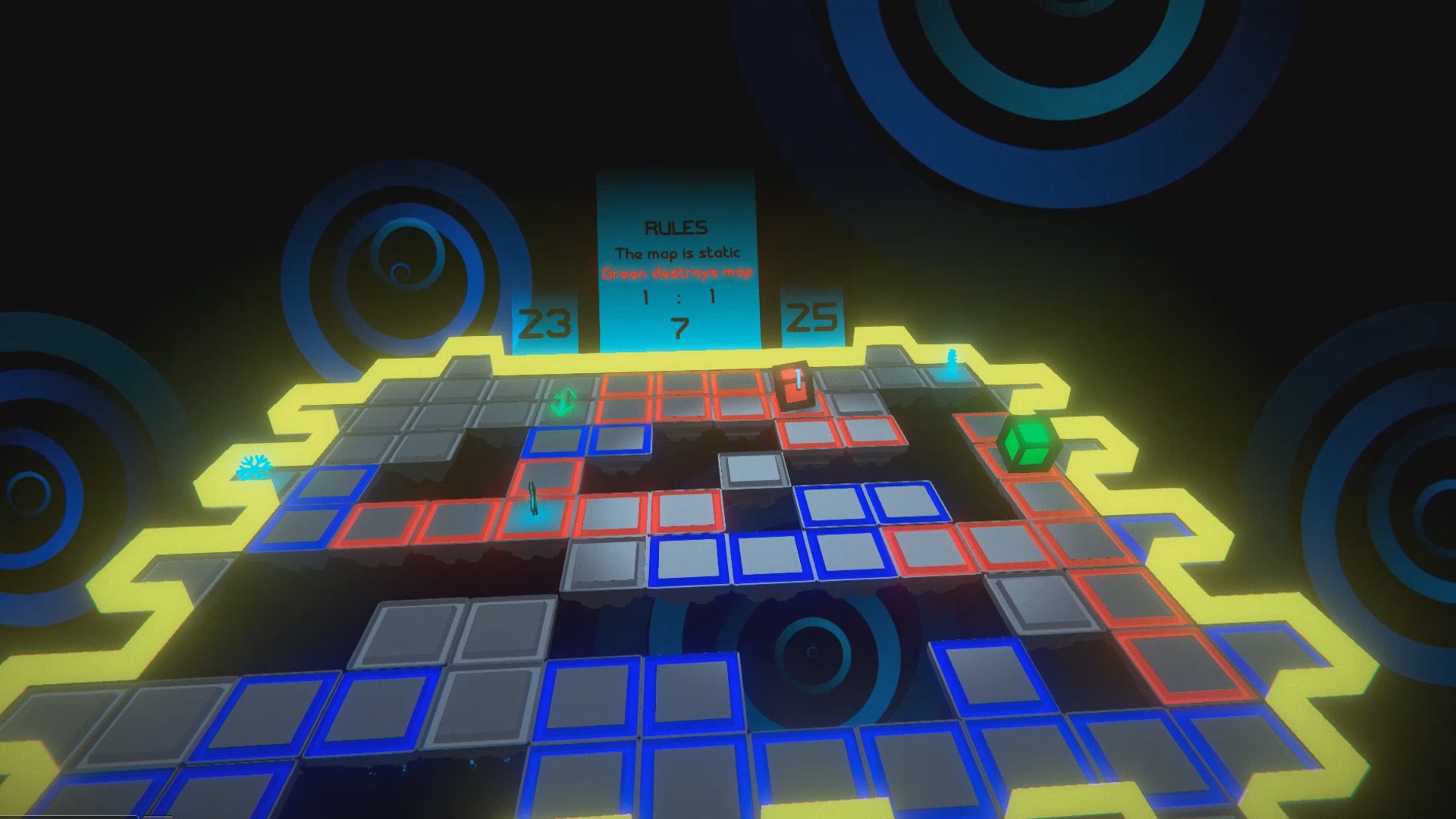 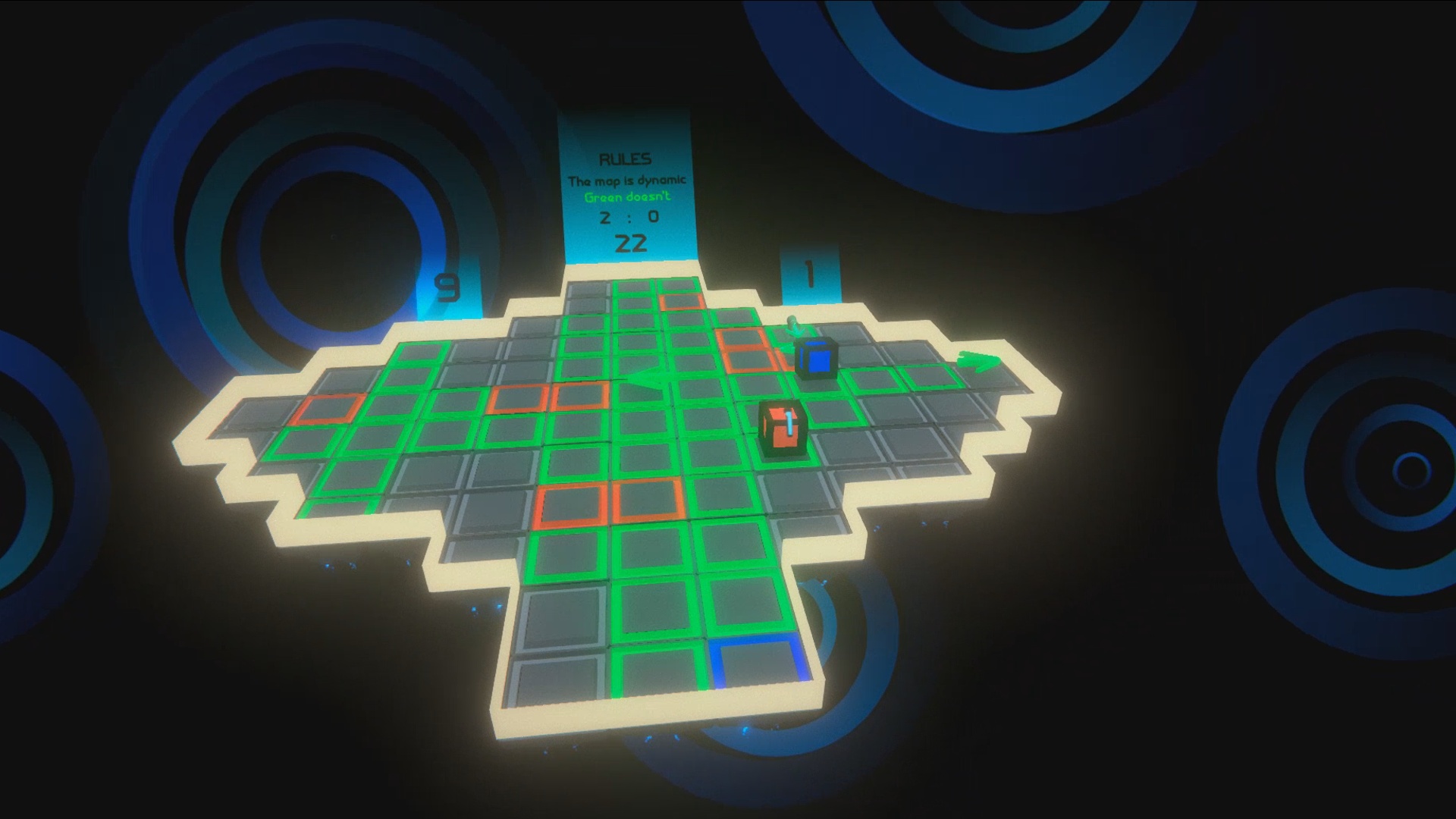 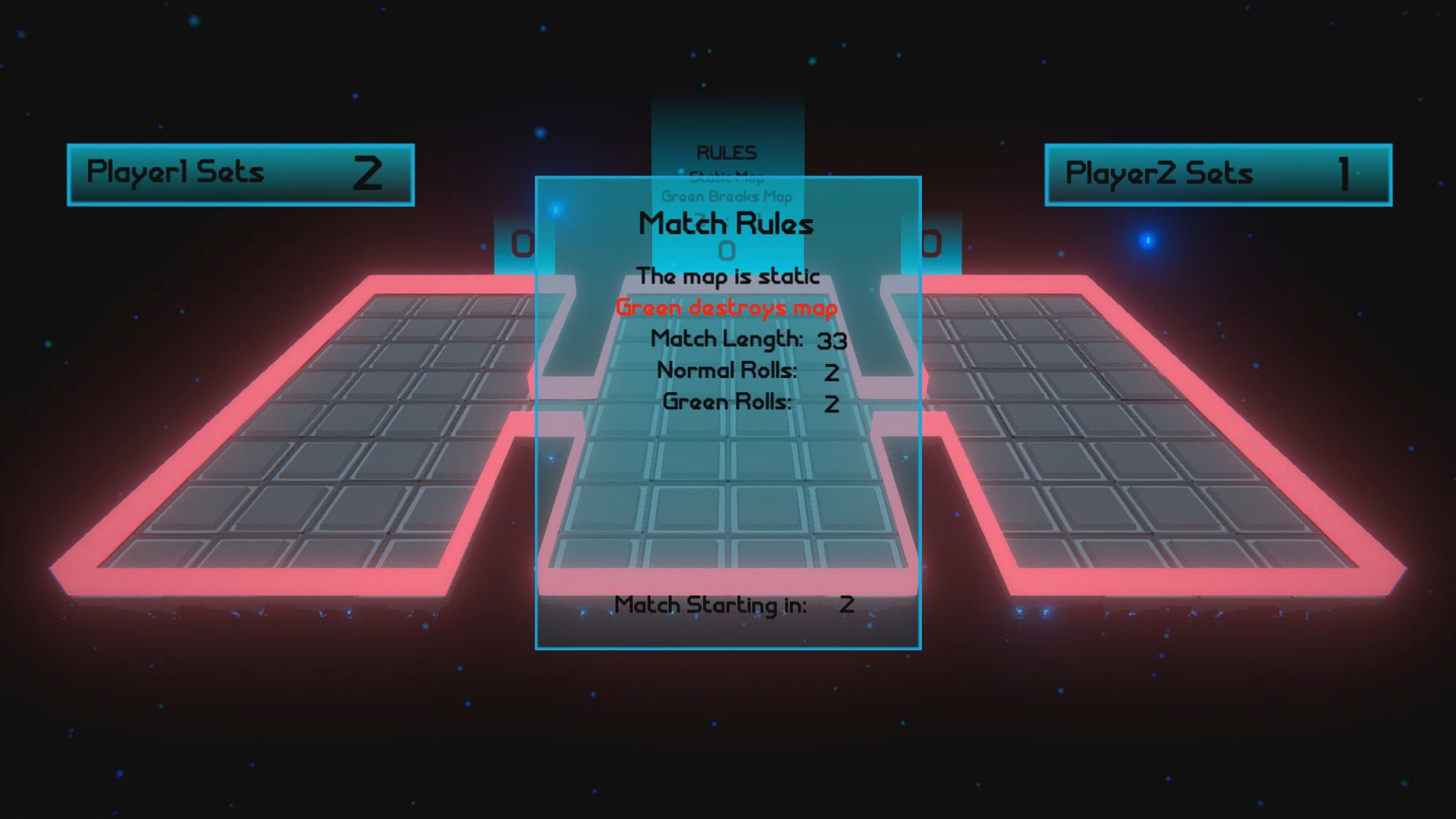 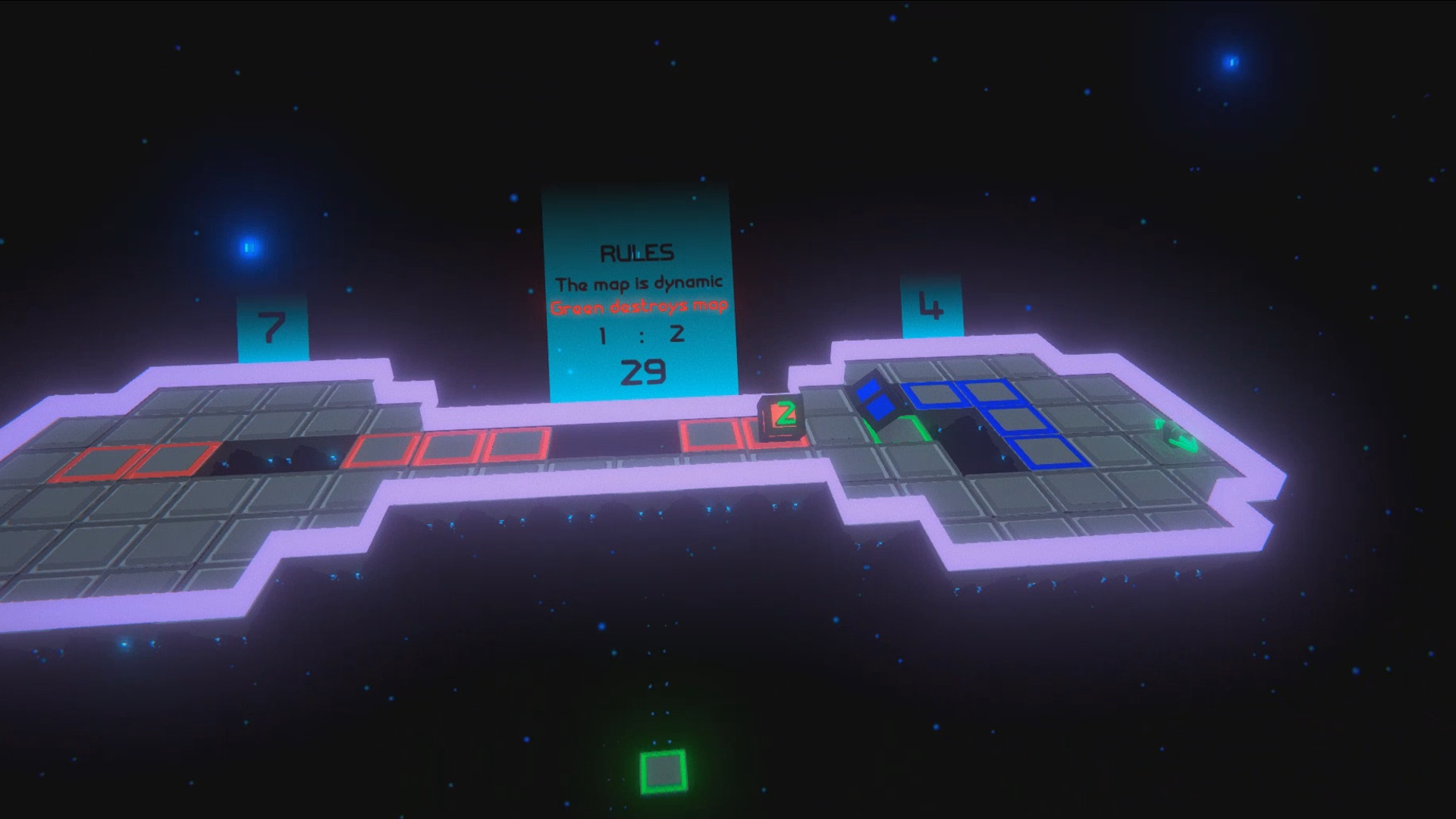 If you want to find out more about Qubes you can visit the steam store page here: Store.steampowered.com or reach me on Discord on the official Qubes server, where i will also give away some keys the release day: Discord.gg

Qubes is now out on Steam

Qubes just got released in Early access on Steam! Grab your copy now on a 15% discount for the first week!

Kickstarter campaign is out!

The kickstarter page for Qubes is officially out!!!

Here's a quick introduction to what the game currently is and to what it aims to be!

Looks really cool, when will it come out?

The game will be out on steam the 15th of march, the page is already out at this link: Store.steampowered.com You can also join the discord server with this link: Discordapp.com

A Space in Time Platformer