Project FPTD is a first person tower defense game, in addition to the classic tower building you are actively participating in the battle.

Alien microbes from the planet Atom have invaded the Earth and, by infecting domestic animals, they plan to bring it down to its knees. Head scientist professor Klang hired mercenaries to defend them. They call themselves "Protector" and you are Jack Armstrong their leader. It is up to you to set up the defenses and bring waste to these evil doers.

At long last v0.3.5 is out! It is the most polished and content rich release we've made.
It features:

- Brand new tutorial. Take a tour with your boss Klang and learn the bare basics of the game! 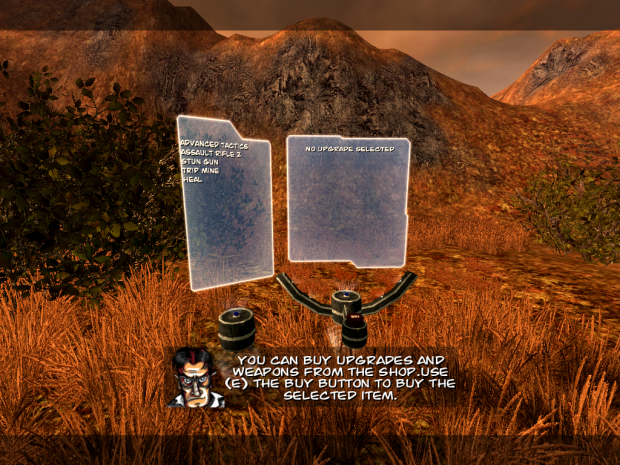 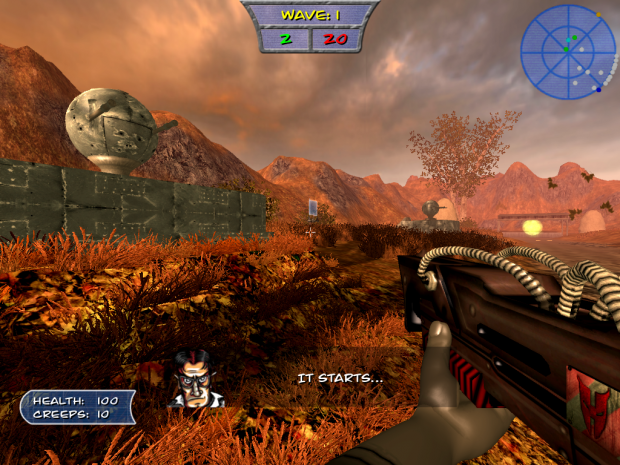 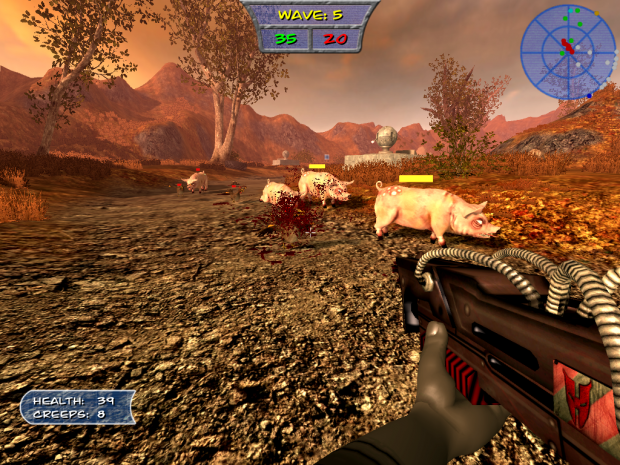 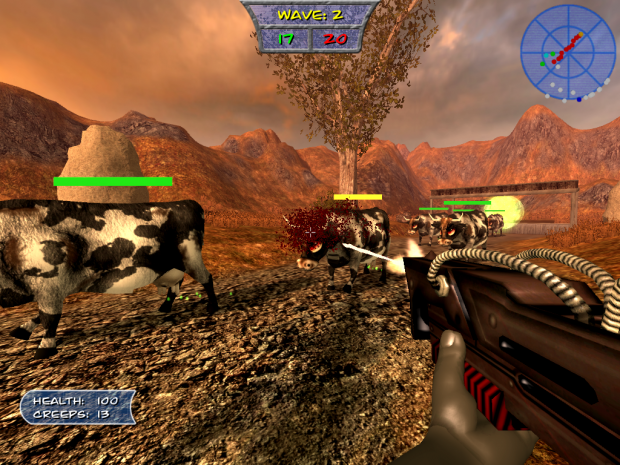 - Tower control. Take a seat and manually control the tower! 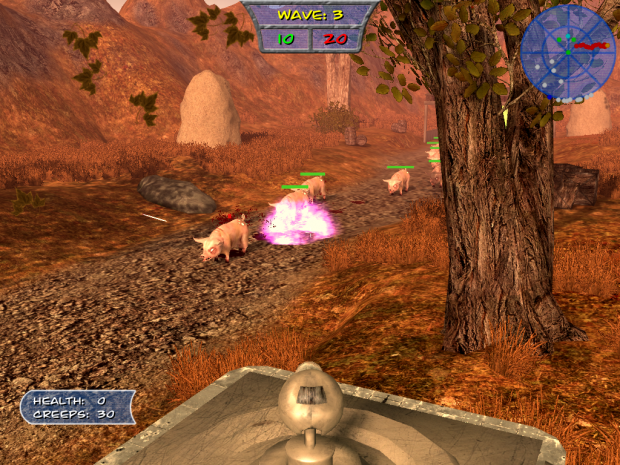 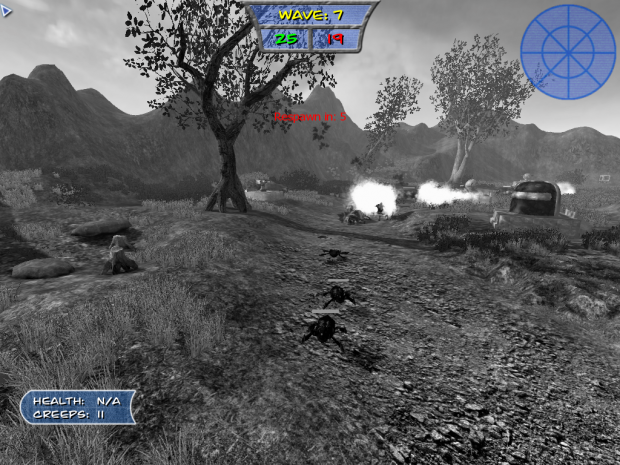 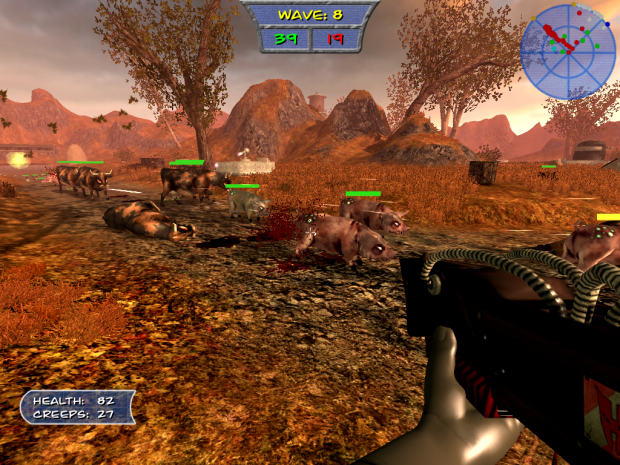 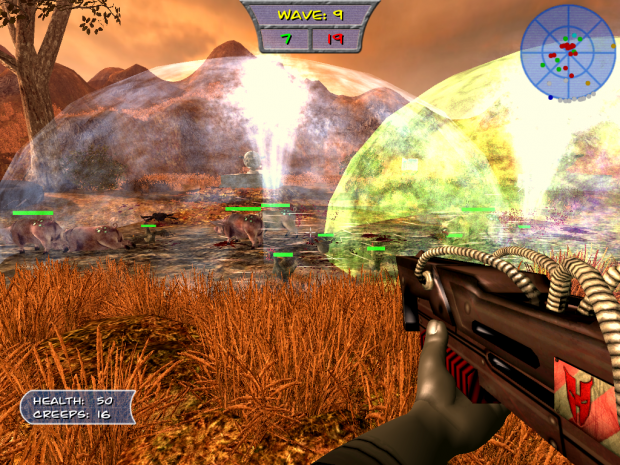 Also we've made this neat trailer specially for this release:


You can download this release from the downloads page, or from the megaupload. Don't forget you will need .Net 4.0 too.

It has been a long time and v0.3.5 is on its way. Because of the numerous changes made since v0.3 beta, I've decided to increase the version number. All...

At long last v0.3 is out! Though only in beta stage it has some cool stuff to show off. In addition to features mentioned in the previous article v0.3...

After a long time of no updates I've decided to let you know whats going on with the project. Our modeler's laziness was triumphant again so (yeah you...

Well this is it we've made it into Top100, although seemingly a bit late :) Apparently we were 101st and some team cheated and we got their spot as 100th...

v0.3.5 is finally here! This is the most polished and content rich version of FPTD, a quite jump from previous versions. Requirements: Shader Model 3...

We are proud to present you the second version of the upcoming first person tower defense game: Project FPTD. This release contains richer experience...

First version of FPTD. You will need a SM3 card and run as administrator on vista/w7. Also you must press enter when you see engine loading screen, because...

and are you looking for input on improvements? or do you want me to keep my mouth shut?

Just found out that in a few days another indie company, coffee stained games is releasing a game with completely the same idea as you only it's outer space. It's being released on steam.

Yeah I know, played their demo back in June last year...
In fact I got the idea for this game from them :)

It's great to see some new screens! Can't wait for the next release!
I do wish I could help out, but I really don't know any programming, and I'm no good at modeling and stuff like that. But keep up the good work!

it seems it was just unlucky it happened to me twice with the summer map where i bought launcher and it wouldn't let me select it and also I did have enough for the stun gun and I'm pretty sure it was selected. on the snow map i could buy and select my weapons with no problems

find the game really creative in it's expanding of a normal tower defence game and is really quite enjoyable, though I must ask, where the hell is d1, d2, d3, d4 etc.. I pressed the normal 1,2,3,4 etc.. but it is rather hopeless when I try changing weapon. Also i found a bug where it wouldn't allow me to buy a gun(not perfectly sure) from the shop and when pressing e on the big friendly buy button it would do, in the typical sense, nothing!

You must buy other weapons in order to have them :)
Did you selected the Stun Gun item from the left panel and had enough money?

No new comments or updates for a while so I was just wondering how things are going with 0.3?

Things are going somewhat bad. Modeler did the same thing as he did with Arilienta - abandoned ship because hes too lazy to work. I'll soon bring up the article about features I did in the meantime and future plans.

Oh, bummer! I hope you'll find some solution cuz your game is looking really nice, and played both versions, both really fun!