A sports-like title for VR reminiscent of the disc-throwing game from Tron.

Though CCP's annual EVE Fanfest focuses mainly on the EVE universe of games, including big new reveals for EVE: Valkyrie, that's not all the Icelandic developer is up to. CCP revealed some new footage of a prototype VR game it's working on, tentatively titled Project Arena.

The footage is shot in mixed-reality style, blending in-game graphics with live-action video of the player overlayed and synchronised. Playing using a HTC Vive, Project Arena sets you and an opponent in opposite ends of a closed hallway, and tasks you with throwing laser discs at one another until someone lands a hit. 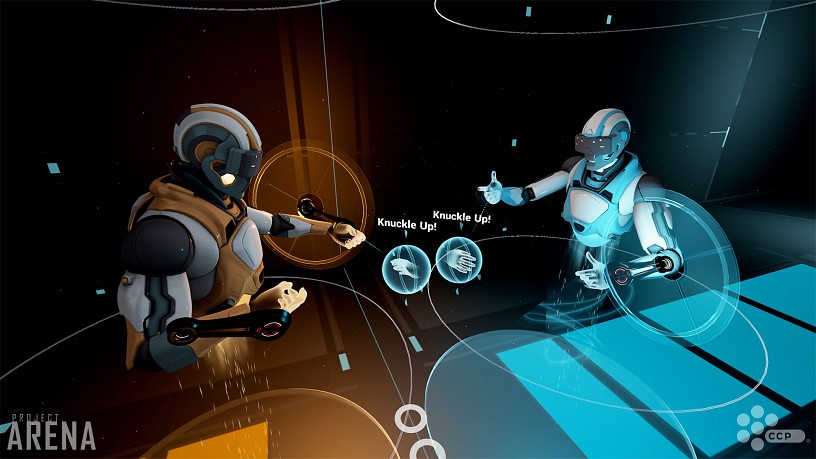 You only have one disc, but it bounces back toward you if the opponent physically dodges it, allowing you to catch it and attempt another throw. If you're holding your own disc, it can double as a shield - which you bring up to deflect the opponent's disc. But as soon as you throw it, you'll be defenseless - and will need to rely on moving around the Vive's room-scale tracking to physically dodge your opponent's projectile.

Though Project Arena is still early in development, its core concept looks solid as it makes use of VR-exclusive features to deliver gameplay that could only work on the platform. The fact that it could be something of a workout just playing the game is a testament to that. It's also surprising it's taken this long for someone to do Tron's iconic disc-throwing game for VR, so we're looking forward to seeing how this develops. 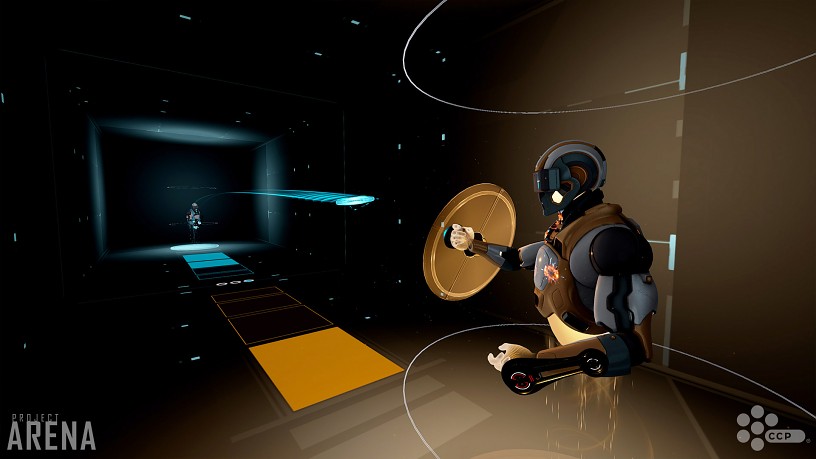