Dinosaurs have been unleashed on an old military controlled island due to an experiment gone awry. A team of mercenaries have been dispatched to contain the threat.
Primal Carnage is a multiplayer first person shooter where players must work as a team to complete game mode dependent objectives. In Primal Carnage, you can play as one of two factions: dinosaurs or humans. Both are filled with special unique classes and abilities that complement and contrast each other.

Thanks for voting and helping Primal Carnage on it's quest to become the 2022 Indie of the Year. You are now in with a chance to score some free games. Help this game secure more votes by embedding the widget (or link) we have included below on your favorite sites.

Primal Carnage "Get to the Chopper" Launch!

We've been hard at work on a new, free objective based game mode called "Get To The Chopper." The objective is simple, the mercenaries must rush from point to point until they reach the extraction point where they can be rescued via helicopter. The dinosaurs on the other hand, must prevent the mercenaries escape. As the game mode has just left beta, we have updated it with two new maps and a launch trailer!
The first map comes in the form of a conversion of “The Falls” (A fan favorite Team Deathmatch map) into an all new Get to the Chopper themed adventure. 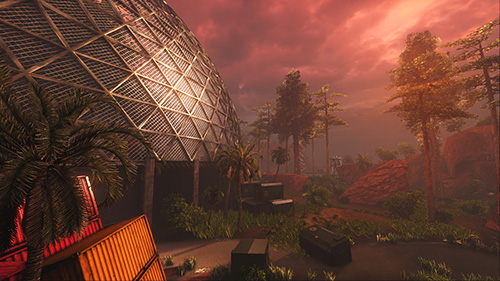 The other map, “Ruthless” is a new Get to the Chopper exclusive map set high up in the foreboding mountainous peaks of the Island, remember to dress warmly, it’s set to get cold blooded up there. 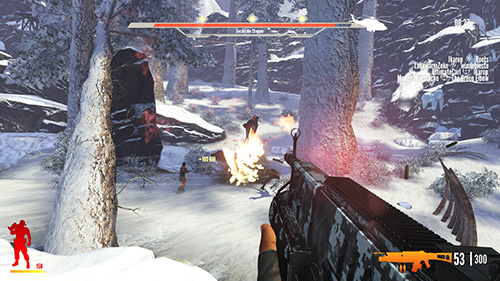 This brings the total number of maps for "Get to the Chopper" to four.

"Get to the Chopper" also features the Spinosaurus as the game mode's new and exclusive dinosaur class.

As an added bonus, we have also added in a free Battle-Scarred T-Rex skin to celebrate the release of the final edition of "Get to the Chopper." 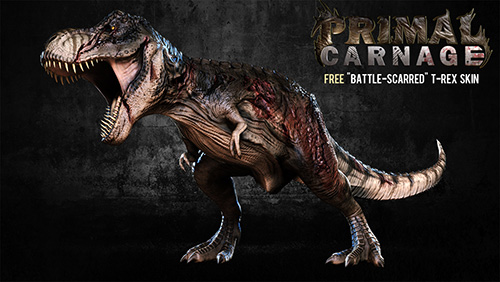 Check out the launch trailer below!

We hope you've enjoyed this update! We've got more news to follow soon.

Click here to check out Primal Carnage on Steam.

New "Get To The Chopper" Game Mode for Primal Carnage!

Primal Carnage gets a new batch of free DLC that adds a new game mode and additional playable dinosaur class.

Primal Carnage places 10th in the Indie of the Year Awards!

Primal Carnage places 10th in the 2012 Indie of the Year Awards, and continues to be 50% off for the Steam Holiday Sale.

Primal Carnage is 50% off during the Steam Holiday Sale!

I remember when this game use to be in its glory days.

A fun, creative, original game. Only $15 too, which I consider a steal. It even managed to break free of the curse of dinosaur games, and I consider this one of the best in that category. If you haven't bought/played this already, I highly recommend it. The look of the game is stunning. Of course, anything made in UE3 will, but I have to say, LWM's Narlyteeth and his crew did an exceptionally great job with the models. Windebieste did a great job with the maps. The animations? Breathtakingly realistic…