You are placed in the city by a bio-engineering corporation called Pressure Inc. The company created a new chemical that they called the U Gene. The chemical was meant to activate a gene in every human's immune system that made them immune to every illness. It was made into a powder chemical that they could easily release into the air. Within the first week of the release people started getting ill. After the second week everyone who was exposed died. The company acknowledged what had happened and sent out a team of hazmat workers to clean up the mess caused by the chemical. Each worker was in a state of the art Mark III H.A.C. suit and a chainsaw. The H.A.C was capable of fast healing, super strength, and a battery that lasts less then 20 minutes. After every 20 minutes of work the battery had to be changed out or recharged. Every worker had a set of four batteries that they took to each shift. When their batteries went dead they were forced to recharge or have limited air supply, no healing capabilities, or strength.

A team of fifteen hazmat workers were deployed to the first shift, and you are one of them. In the first 10 minutes of clean up you were inside a house helping another worker lift a dead body into one of the many fire pits built to burn the bodies. The body started shaking, quivering, and making strange sounds. Suddenly you hear a loud screech from your partner. You quickly grab your chainsaw and start cutting the body in half. You partner rushes against the wall holding his stomach where the body had bitten through his suit. The body was still moving... you take the chainsaw and cut it's head off and it stops. After that you rush towards your partner to see that his suit has started healing him. He says that he'll be ok, gets up, and falls to the ground dead. You call over your radio for help but there is no answer. As you walk outside the house you see a pile of bodies is gone. Your squad is missing too.....(The game will finish the story ;D )

I apologize, because this news post was suppose to happen a few weeks back! My laptop's charger broke and I had some problems with shipping. Everything it fixed now though! I'm glad to be back on the game, and the team is glad to have me back. We've all been working very hard! I do need to thank everyone on my team for their hard work and contribution. We are also hiring one more texture artist if anyone is interested please send me a PM.

On to other matters now!
Nick has taken up some concept drawings and I hope you all are as impressed with them as I am. He is very talented and we are glad to have him on the team. He has also been hard at work with the car models. Here take a look for yourself on what to expect with Pressure! 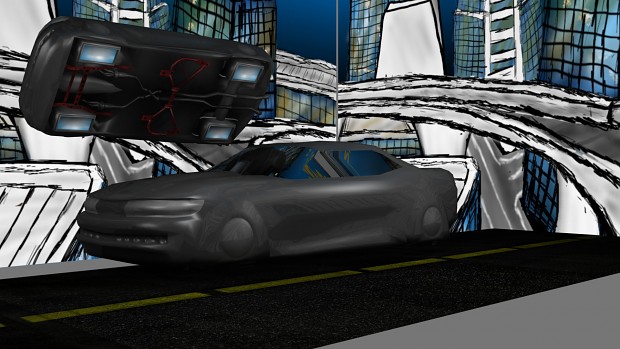 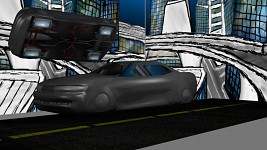 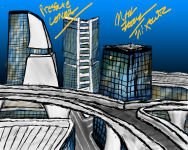 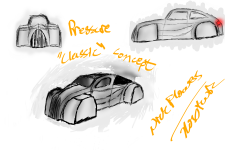 There are also plenty more that he has done. Although I will let him post those on his own time ;)

Jake has been making great progress too on his end. I've actually been having trouble keeping him busy because he gets everything assigned to him done so fast! Here are a few SS's of his work in game. 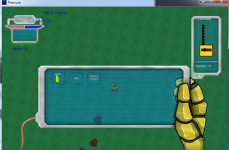 That is our new GUI.

Onto things that I have done.

I've implemented a new Inventory system that may or may not change. I've also fixed the car physics to make the react like what I'd think a hover car would act. It's truly hard to code physics for something that you have no clue how it should react to it's surroundings. I did my best, and it's great. It's hard to actually show the work that I've done without a video so once I finish working out all the kinks on my end I promise to post one.

I can't tell you how much progress the game has made in a percentage or how far done it is, because we are constantly coming up and implementing ideas into the game. With the way things are going I can promise a release in mid to late 2013. I do plan on changing the way safe zones work though. Instead of having it to where the player can create safe zones where ever and when ever. They will randomly pop up around the map in places. It's your choice to go and help the civilians or kill them and loot their camp. We are taking in any ideas from the community and will more then likely implement any that sound good to us! So be sure to contribute to our amazing project!

Just some summing up of what's going on, what's to come, and what you want.

Some stuff new about this awesome project. Be sure to track and keep a watch on the progress!

Some highlights and small amount of progress done.

Helluurrr.... Wezley here! :D This is the first news post for Pressure just some stuff that needs to be taken care of. Enjoy.

Well the whole point from the game stand point is for you to finish that story. Your own game play will be the story :)
My current job right now is to make the gas as interactive and fun as possible. Thank you for the complements on the story though!

Why are they flying... Lol

It was a bug that I decided to get a recording of. Figured that people would look at the video's title, and description. Anyways they don't fly anymore that was for pure fun.

Story Of the Survivor Role Playing