You have crash landed on a mysterious alien planet. Everything is now a life or death decision, Do you have what it takes to survive?

Chances are stacked against you, but don't give up. You are most likely the last human alive. It is up to you and you alone to do what you must to stay alive. With enough perseverance, you can colonize this uncharted planet for mankind, but be wary for you might not be as alone as you think.

Connect with us to receive updates faster or to share feedback, ask questions or just be apart of the Ruin community.

What is the Game and why is it unique?

Ruin has a 3D environment and the gameplay combat is tab target. You can flatten mountains, remove rocks, cut down trees everything you see in the sci-fi sandbox MMORPG indie game Ruin can be changed by the players. Each planet in the game is procedurally generated, and on top of each procedurally generated planet we place 1 from 100s of variations of landmarks or custom game areas that fit inside the procedurally generated planet. The mixture of procedural and custom content really helps create a less procedural experience in the game giving the world of the sci-fi sandbox MMORPG indie game Ruin a non procedural fun explorable world that the players will want to experience by filling the procedural game with equal amounts of custom made areas.

If your interested in playing the sci-fi sandbox MMORPG indie game Ruin then account creation is free and easy you are able to create your game account at portal, you can also download the game at our download page. In the future we will be releasing a launcher that will automatically update the game but until then updates for the game will be manual, when the game is out of date you will receive a message in the main menu asking you to please visit playruin.com to update to the newest version.

Thank you everyone who downloaded and tried Ruin closed beta v0.1 its been 3 months since the release and during that time I took a rest and worked on concepts for v0.2 improvements and other quality of life or required updates needed for moving forward with the website and the game. During the closed beta v0.1 we experienced 0 server crashes and perfect server stability during the whole test. The servers are currently closed in preparation for upcoming open beta v0.2 which should last longer and include updates during the open beta v0.2 and further into the future.

I'm excited to announce that version 0.2 will include a built in auto updater which patches the game per patch file, this will allow us to release fast and small updates when ever needed without having to wait for large meaningful updates like from version 0.1 to version 0.2 which has already been 3 months. 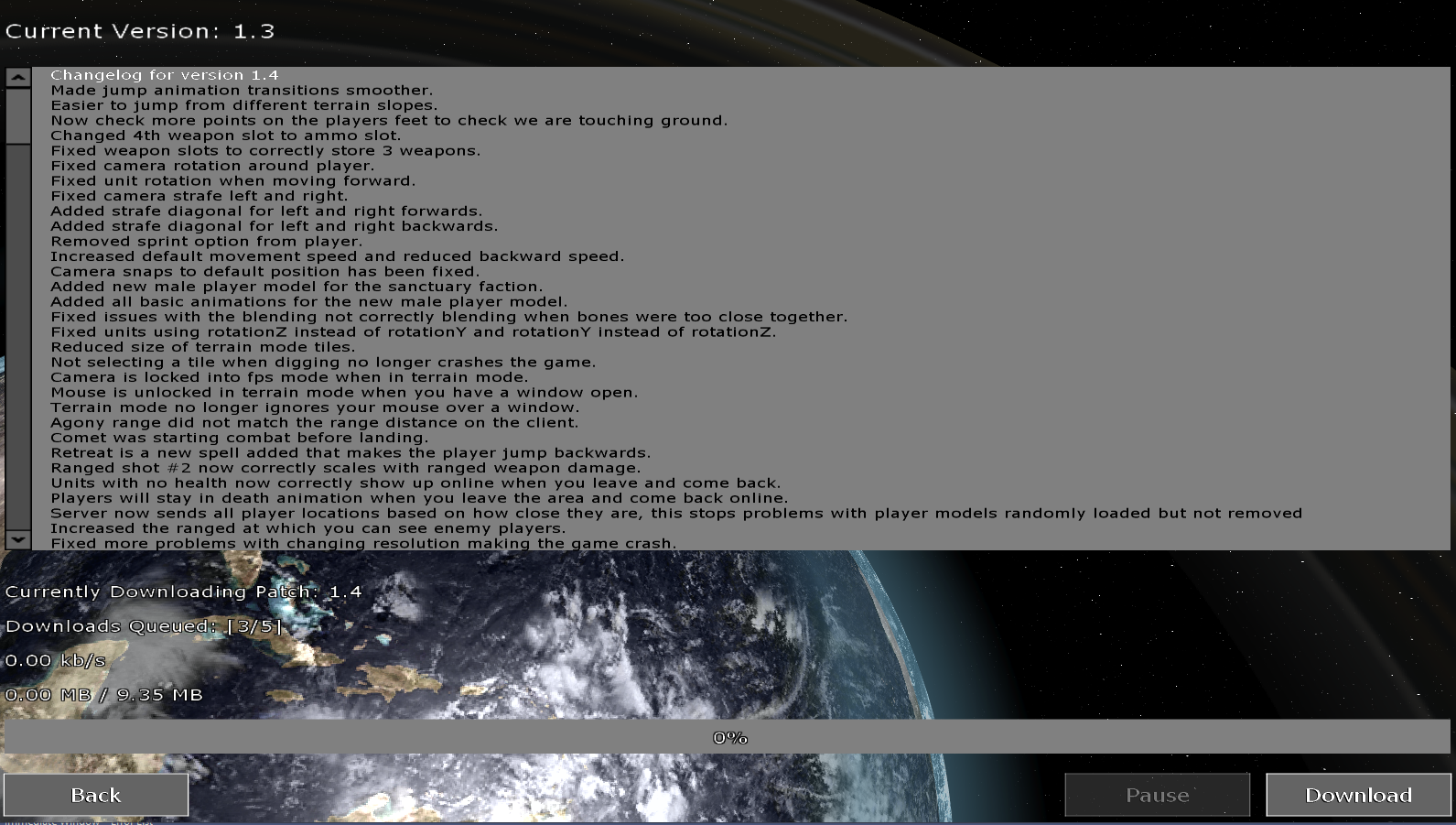 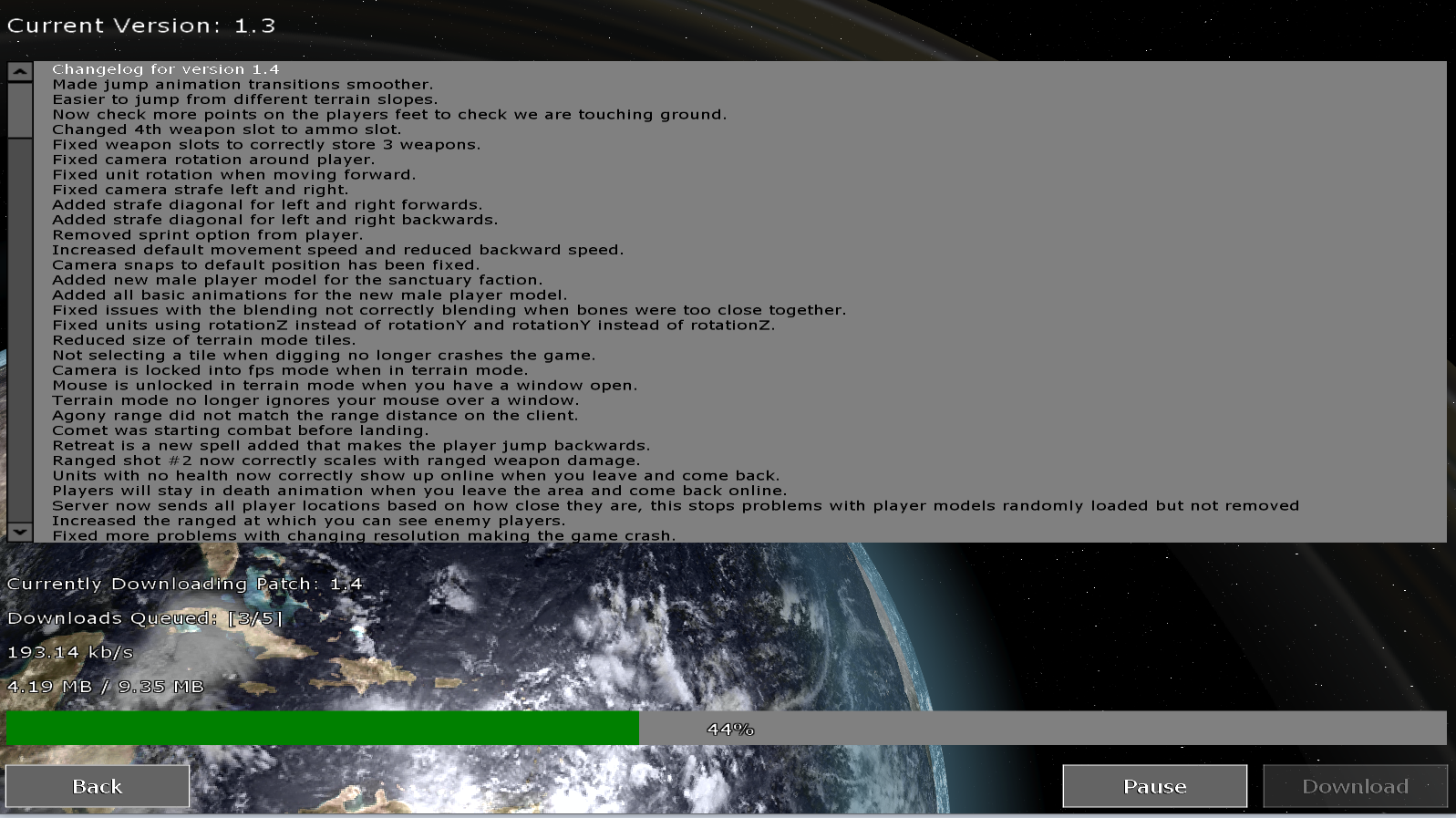 Next I plan on releasing some important updates to playruin.com which will finally have notifications for news posts being released on the blog for everyone who has signed up to be notified of ruin updates.

Lastly some updates to be excited for include gameplay music, improvements to sound effects and all types of bug fix's to help the game run as smooth as possible during gameplay.

Thank you everyone for your interest in Ruin, I look forward to seeing you in game in Ruin during the open beta v0.2, the release date will be announced shortly.

Reminder: Ruin's closed beta we will be launching on the 29th of sept 2021 at 6pm AEST Welcome to the 8th - 13th of sept weekly changelog update, There...

Ruin's closed beta we will be launching on the 29th of sept 2021 at 6pm AEST, I'll be answering any questions not answered below on the Ruin forum.

Ruin Open Beta v0.2.7.5 has been released to stay in touch with the Ruin community join our discord at Discord.gg

see you in game!

look interesting, may try when 0.2 release

Thank you ssd21345, 0.2 should release soon just finishing some updates before release. I will post the release date at playruin.com and also here at Indiedb.com

Cube: Defender of the Polyverse Adventure