Platinum Arts Sandbox Free 3D Game Maker is a free open source 3D Game Maker, world creator and 3D Game Design program currently being used in many schools throughout the world that allows kids and adults to create their own video games, worlds, levels, adventures and quests, even cooperatively! The goal is to make it accessible to kids but also powerful enough for full game projects. With a simple click and roll of a mouse wheel users can modify the world however they want. In the words of a nine year old Sandbox whiz I babysit for, “Press Edit and go fulfill your dreams!”. Now features new game modes such as sidescroller, machinima, kartmode, RPG, and more!

View 2009's best Indie Games, as picked by you the players.

Despite our coverage of indie games increasing significantly in 2009, the number of mods (6000) on the site still dwarfs the number of indie games (800). Because of this only a handful made the top 100, which is why this list combines both released and unreleased indie games into the top 5. Next year we aim to run a separate Indie Game of the Year competition, so developers add your games and tell your favorite game developers that despite the name ModDB, we will welcome them with open arms. 16,000 players stamped their feet and voted for indies this year, and this is what they picked:

To qualify for the top 5, the indie game must place higher than it has in previous years and must have had a significant update in 2009. Otherwise an honorable mention is given, which these teams have received:

Infinity: The Quest for Earth has been a favorite of the players for years, and have featured in the IGOTY a few times now. Cannot be easy creating an entire universe, but the work they have completed so far is stunning.

We have a strong C&C fanbase on ModDB, and bringing the world of Red Alert to life, in a first person shooter format is something they want. Red Alert A Path Beyond aims to do just that.

The same team bringing Red Alert to life, are also busy working on a Red Alert 2 edition. Red Alert 2 Apocalypse Rising will be bringing Tesla towers to first person shooters... how scary is that! 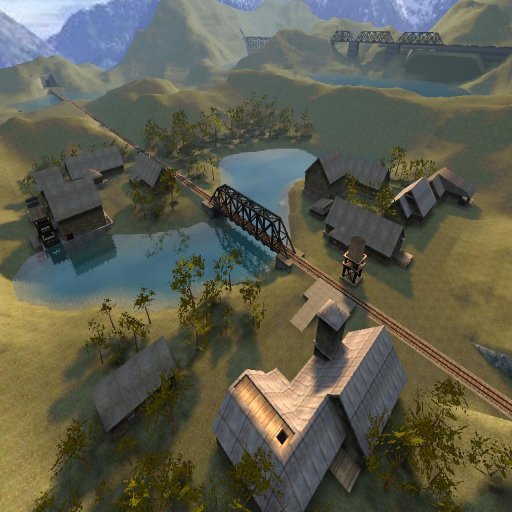 Platinum Arts Sandbox
is a free open source 3D Game Maker, world creator and 3D Game Design program currently being used in many schools throughout the world that allows kids and adults to create their own video games, worlds, levels, adventures and quests, even cooperatively! The goal is to make it accessible to kids but also powerful enough for full game projects. 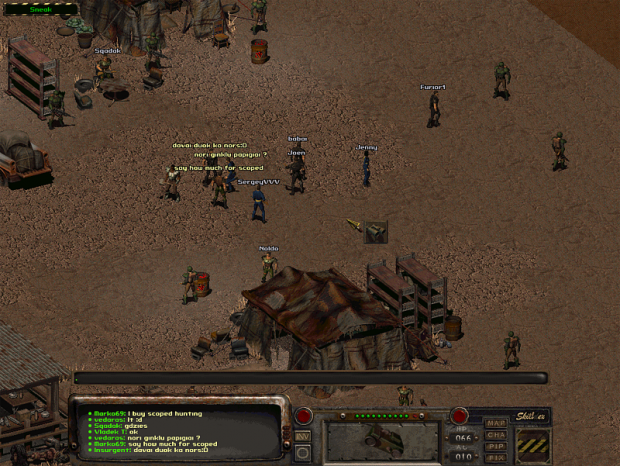 FOnline: 2238
brings you back to the world of Fallout once you knew it, only this time as a MMO-RPG hybrid. Cross the border where the unique game setting of the original Fallout & Fallout 2 games meets the unique MMO design. 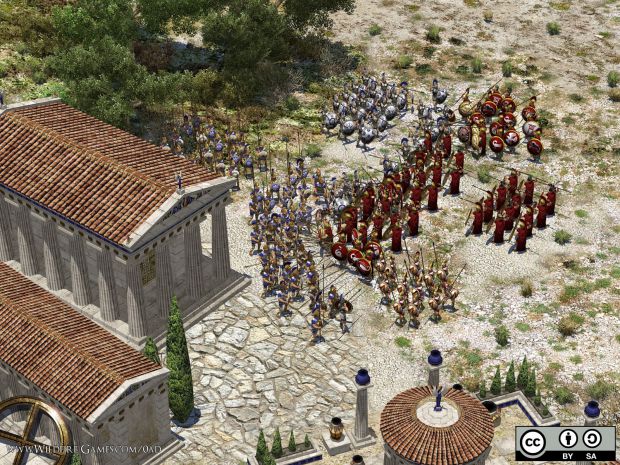 0 A.D.
is a free, open-source, cross-platform real-time strategy (RTS) game of ancient warfare. It's a historically-based war/economy game that allows players to relive or rewrite the history of six ancient Western civilizations, from Iberia to Persia, each depicted at their peak of economic growth and military prowess. 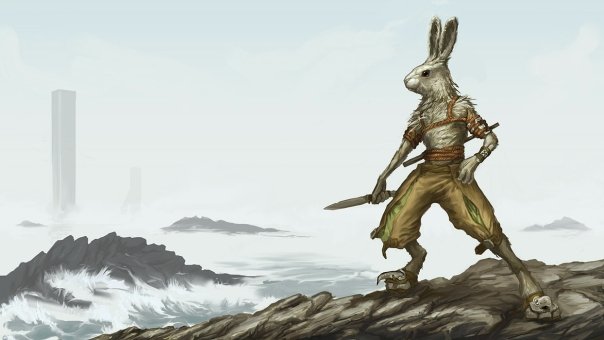 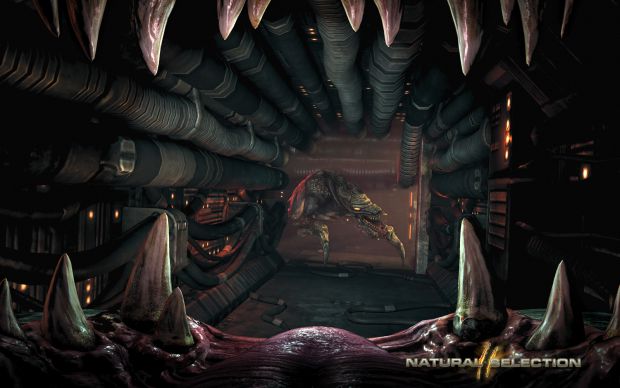 WOOT!!! Natural Selection 2 ROCKS! Congratz to all winners.
And finally some NS2 gameplay, it is a huge pleasure to see it in action! xD

Awesome, we made it! Thanks everyone who voted for Platinum Arts Sandbox Free 3D Game Maker! Party time over at SandboxGameMaker.com soon, got some great updates coming out for you!! Take care!
-mike

You're welcome - you deserved it!

I'm not surprised in all honesty.

Go Overgrowth & NS2, so glad I got the pack!

Well done to everyone nominated, can't wait for Natural Selection 2 though! :D

CONGRATULATIONS! Platinum Arts Sandbox Gamemaker on making the top 5. I'm here to say that it's not just for kids. This old, retired CAD draftsman has a lot of fun building maps, too. And if you don't believe me, go to Sandboxgamemaker.com and click on the forums, then on the gallery and take a look at one I've been working on.

Nice, yeah that Overgrowth & NS2 pack was awesome. I love the in game footage for NS2! (Although the fps in the video looks a little low :P)

I agree. The low framerate at the climax of the video was noticable to the point it almost feel unacceptable. But we cannot really complain, i mean - where alse is it possible to se that footage?

Yeah, I mean it is still in pre alpha stages. I am surprised to see that footage first only here, considering the hunger for footage on the UW forums :) That and I'm sure they haven't put in all the optimization codes for like rendering objects that are no where near in sight or stuff like that.

I don't think killing was put into that version of NS2, at 1:36 that is either some really pro shooting or intentional missing :)

it was obvious that NS2 or overgrowth will be the winner, bu my fa is 0 A.D.

Some sweet sound there for the AR

And nice to see that 0 A.D. made it into the top5, thats the prettiest looking RTS Game I've seen yet - I really hope they release an alpha soon :)

What the **** is FOnline doing here? Did they pay their users to come spam our site? They've hardly if at all advertised here and I have a hard time believing they have a following here.

When are we going to see that NS2 footage in HD?! Good job everyone! So many good indie games!

Oh! Such a rude comment for the best released indie game in 2009 (players choice)!

CONGRATULATIONS 0 A.D
I love this game!

Congratz to you all

Nice to see NS2 footage. Already messing with the editor.

Please, I really want to see the NS2 gameplay video, but it's blocked at work. Anyone knows if I can download it somehow?

while I applaud all the participants, is it really fair to allow released and unreleased games to vie for "Players Choice" awards? What your doing to pitting relatively unknown games who haven't had a chance to build a fanbase against estblished and very popular mods. It comes down to a popularity contest of "most anticipated" rather than giving an award for hard work, imagination and creativity. To put it simply, its inherently unfair for all involved. Had this been an "editors Choice" where the editors could have gotten a glimpse of the code for the unreleased games then I'd have no issue.

agreed. The unreleased had a category for themselves, and I think that the released should, too.
However: Congrats to the winners, all of them. They all seem great (I'm downloading FOnline now, btw. Thank you for placing it into my radar :P)

The top 100 did not have enough Indie Game (released or unreleased) to warrant 2 separate videos.

I am disappoint. :P

I cannot wait for this to come out.

I saw the win coming. Natural Selection 2 is too damn awesome to NOT get first place and deserves it! Great job guys and congrats!

0 A.D! Up there with both Overgrowth and NS2, absolutely incredible! Best freeware indie of ModBd it seems. ;)

"Next year we aim to run a separate Indie Game of the Year competition[...]" (Henley) Does that mean Indie released and unreleased will be splitt up or is it a whole new kind of competition?

WOW!
All those game are amazing!
But im personally looking forward to play 0 A.D. and Natural Selection 2! :)

Congrats to the Natural Selection 2 team, and well done to everyone else nominated.

Is it just me or should there at least be two separate versions of this list? Out of 5 there are only 2 that are actually released. The top 3 are unreleased. All that shows is which ones someone is more interested in or spam the "Vote for Us" buttons.

I find very dissapointing that the winner is an unreleased game. MOTY award is a big chance of promotion for these indie games, which they all desperately need, and it gets wasted when such game has not yet been released.