Dominate the ice and become THE MVP with Patrick Kane’s MVP Hockey! Play as your Ice Hockey hero Kane in four amazing game modes. Whether it’s as Chicago in the PLAYOFFS or Team USA in FACE-OFF, Patrick Kane’s MVP Hockey has international and national Hockey teams as well as WINTER GAMES and RIVAL SERIES. SEASON HIGH – Become this season’s MVP with our brand new 106 point Patrick Kane Challenge! Track your puck progress and be the first of your friends to 106 points by scoring and assisting as Patrick Kane. BE THE ICEBREAKING MVP – Play as #88 and dominate the national and international stages, winning trophy after trophy. GET YOUR GAME ON – Enjoy 4 incredible game modes! Light the lamps in FACE-OFF, win the PLAYOFFS, get GOLD in WINTER GAMES or relive the Hockey world’s greatest moments with the RIVALS SERIES. FROM ANAHEIM TO WINNIPEG - Take on over 40 national teams as well as internationally acclaimed teams from around the World for the ultimate showdown.

Built with the innovative Phoenix™ technology, Patrick Kane’s MVP Hockey features incredibly fluid controls and highly detailed 3D visuals, which provide an electrifying backdrop to one of the most entertaining Hockey simulations yet on iOS devices. 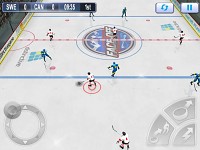 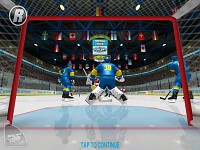 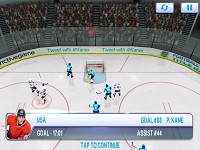 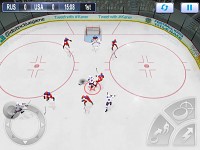 Patrick Kane’s MVP Hockey for iPhone and iPad is now available on the App Store Fnky.link