Path to the Sky 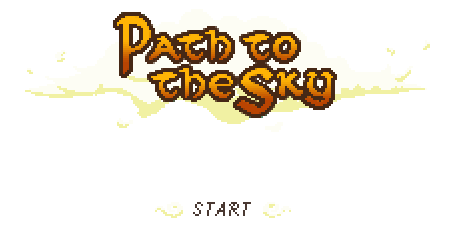 Path to the Sky is a roguelike platformer that gets harder as you climb up.
EARLY ACCESS ON 2nd February! Created by @dekdev.
For more information, check out the Wiki as well as the Presskit!

The biggest addition for v0.20 is Farja, a new playable character. For more information on her, check out the video above!

Additionally, tons of things have changed in Path to the Sky. Since there was no changelog for 0.19, we'll be including all the changes right here.

This week I'm adding a much requested feature to the game. People were sometimes having troubles seeing the items that they picked up for various reasons...

Path to the Sky is a roguelike that gets harder as you climb up. Early Access on 2nd February! Check out the trailer!

April Sum up and a load of gifs!

See what I've been working on in the past months - Ive changed the world layout and how you traverse it, simplified a lot of stuff! There are some new...

Astar pathfinding, this makes combat much more interesting. Lighting and Fog of War. Boulders, a type of rock that monsters cant pass, but you can shoot...

Looks great, will be cool to see it come out!

Yeah, looks awesome without the outlines! stay clean, thru movement you already have a contrast.

Cool game. put in some secrets and play hard, and this is bomb!

That havoc of arrows... This looks so good! You have my attention :3

this looks really REALLY awesome! Thanks for making me aware of Path to the Sky!

Your game looks SO beautiful without the outlines!
It still looks great, but here's one vote against the outlines.
You don't need them! Keep it clean!!
(Either way, keep up the awesome work!)

Loving This, hope to see it in the future!

Just Kickstart it! My money is ready :D

Tags
Embed Buttons
Link to Path to the Sky by selecting a button and using the embed code provided more...