Original War is the first and the most important war in the history of mankind!

A fully 3D, interesting original strategy war-game, this game introduces the player into alternative future, or rather alternative history - and lets him change it. Released in 2001, this is probably one of the most underrated and unknown strategy games ever. Original War features two campaigns with total of 39 levels, three unique nations, sixteen types of units, seventy two different technologies and much more.

Sand of Siberia is the most extensive modification to Original War published to date. 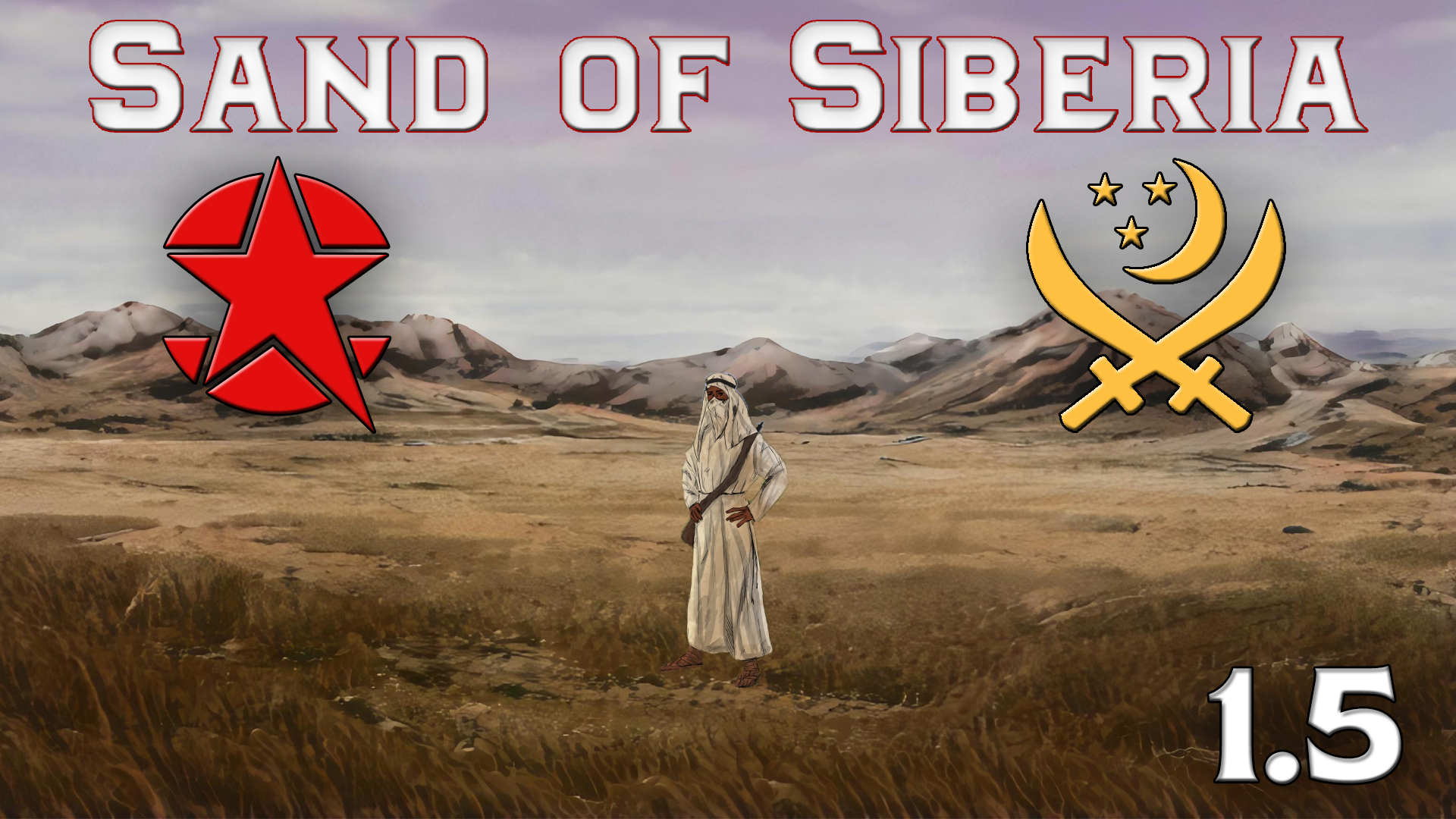 The Ares campaign is our vision of the original Arabian campaign, based on Altar's notes where possible, mechanically improved to Sand of Siberia standards. In the Ares campaign the player will be able to experience the story of Heike Steyer, told through the eyes of Heike and the men and women of her unit.

Also, we still working on Arabian Freelancer campaign. A fully fledged 20 mission original campaign from the authors of Sand of Siberia. Take on the role of Louis Schulz, a mercenary commander in the service of the Sheikhs, as he takes on the challenges of leading a loose confederation of mercenaries hired for the biggest job of their lives.

Both of the new Arabian campaigns are best described as quite difficult. The very nature of mercenary structure lends itself to a lot more internal division and strife than any other faction. In case that wasn't quite bad enough, the original mission parameters went to heck in a handbasket, within 60 seconds of landing in the past, exacerbating an already tense situation even more.

As of right now, the mercenaries are scrambling to find their footing in increasingly difficult circumstances. Scavenging what they can and coming up with solutions to their problems, some better than others.

We have taken great care to provide the player with as varied and interesting missions as we could. As an example, one of them has the player capturing and transporting 1200 crates to an allied base, while another is all about clever use of hovercraft to establish a bridgehead on the other side of a river.

We have also taken great care to add new and exciting technologies for each side, such as artillery units for all factions, Russian radar and American hack vehicles. Several units such as flamethrowers and double lasers, were also rebalanced to provide the player with attractive new ways to complete mission objectives.

Caution! You need at least Original War ver. 3.0.9.306 to play this version. You can download latest patch here:
Update.owsupport.com

This video is both a celebration and a documentary, released on the 20th anniversary of the release of Original War. It documents a journey from humble...

In recent days many German buildings live to see the new and improved models. They are almost all ready and therefore decided to present them. So here...

Many players certainly knows the game C&C Generals. The new mode, which will visit Overload is just inspired by this game. This will be a series of scenarios...

The long-awaited update 1.5.0 has been released! Version 1.5.2 contains some minor bug fixes.

The long-awaited update 1.5.0 has been released! Version 1.5.1 contains some minor bug fixes.

The long-awaited update 1.5.0 has been released!

Update 1.4.9 is available to download. Full American Campaign Remake, new GUI and a lot of changes.

Update 1.4.8 is available to download. Thanks to Don Mateo and Tweester for report a number of bugs.

1 get OWPatch_1.12.10.1_RC1 thats the newest one i think there you got luncher and posibility to chanage langage just make it englisch

Where will continue of Arabian Campaign? i like it :D

Czech and English, now in development - Slovak, Polish and German

We play on 1.10b, now is in development 1.11. We play NEW mode Throwback, it cames from CZE, including new multy maps, maps vs PC (2 player vs PC), some fixed bugs and errors, new music, new graphics in menu, weapons balance.

Hello boyz,this game is from Czech republic and Im live in Brno,so its CZE.

You can get it from Good old games. Search for gog.

This is the best RTS in the entire world, and it will probably last on it's throne for a long time. Yeah, Original war: The unknown king.

SliderFF: I am also remaking a game with vehicle modularity on NeoAxis engine, so I might give you some code when I'll polish it a bit.