One day in London

About the game:
The main characteristic of a visual novel game is achieving immersion by giving the player the ability to influence the story through choices. Every decision, every action the player-reader takes can drastically change the course of the story. The smallest detail can turn out to have an important role to play. In One Day In London you will solve puzzles, perform magical rituals, and carry out special tasks. A sophisticated achievement system will hint at alternative storylines, and a user-friendly save system allows you to move freely within this wonderful story to explore all possible branches.

The story is set in the 19th century England during Queen Victoria’s reign. Our main hero is a bored descendant of an aristocratic family who is fascinated by the occult. He becomes an initiate of a secret society by way of a friend’s invitation – and unexpectedly finds that legends are real. He faces the frightening underworld and becomes an unwilling participant in a series of weird events, sudden deaths, and underhanded machinations among humans, demons, and mystical creatures. Of course, a story can’t be complete without a mysterious lady whose past is shrouded in darkness… What outcome awaits our hero? Only time knows… Time and the player’s choice.

Disclaimer:
The administration is not responsible for accidental summoning of any supernatural creature during the game.

New DLC One Day in London is free 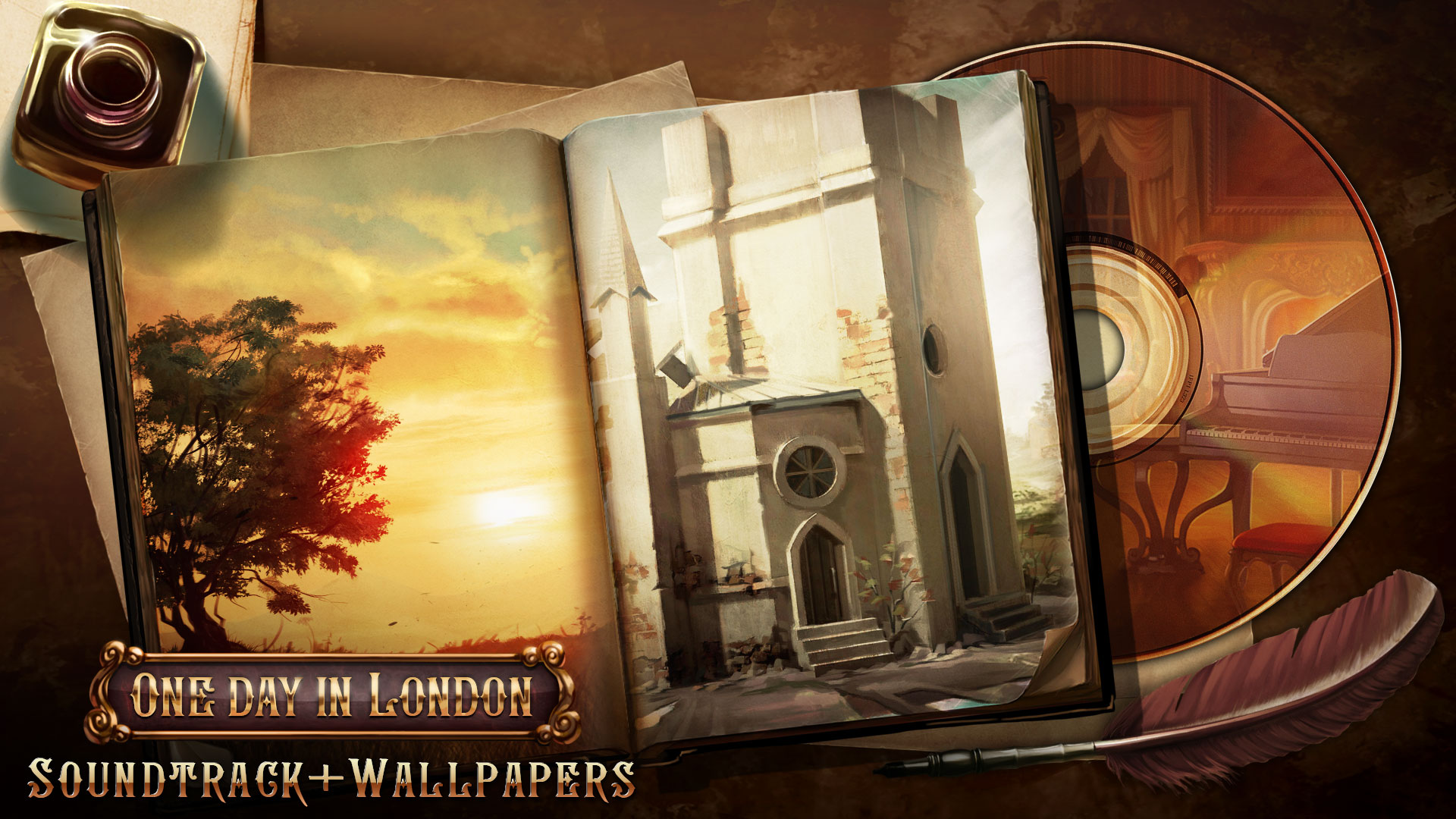 Hello everybody!
Today our first DLC is available on our Steam page. You can find inside a cozy soundtrack for 2nd episode and a bunch of unique wallpapers.
Everything is totally free.
Enjoy great music and beautiful pictures from our visual nocel One Day in London!
See ya in London!
Check it out: Store.steampowered.com

Our novel is released on Steam!

We decided to combine the launch of the second episode of One Day in London and the conquest of a new gaming platform.

Wow, looks great! I like a mystical histories. Thanks, i should to try it!

Tags
Embed Buttons
Link to One day in London by selecting a button and using the embed code provided more...

Detective From The Crypt Adventure