• Custom-made fighting engine with unique moves for each character.• Fight with swords, nunchakus, and bo staffs.
• Engaging story told with carefully crafted pixel-art cut-scenes.
• Many different enemies, each with their own moveset and weapons.
• Intense boss battles.
• Arcade mode for those who want to jump straight into the action.
• Parry any attacks, projectiles, and traps!
• Upload your high scores and compete globally with other players!
• Discover many secrets and hidden areas!
• Play together in a local co-op mode, and heal each other to achieve victory! 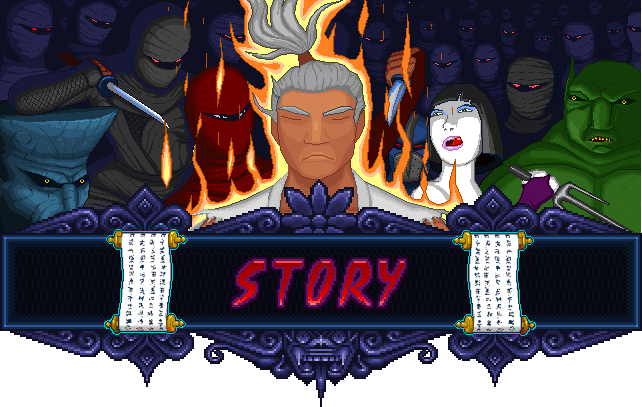 The Black Mantis clan has come to Okinawa...
Take on the role of the martial arts master Hiro, Meilin, or Shin as they face off in a desperate fight for their lives against the Black Mantis clan. DOUBLE THE MAYHEM: Bring a friend and battle against ninjas, demons, and more in the 2-player local co-op mode of this action-adventure platformer set in a mystical, fantasy version of Okinawa.

The fast, fluid combat system brings with it many moves, combos, juggles, and an intuitive parrying system.

Fight to gain the top spot on our online scoreboard!

Thanks for voting and helping Okinawa Rush on it's quest to become the 2022 Indie of the Year. You are now in with a chance to score some free games. Help this game secure more votes by embedding the widget (or link) we have included below on your favorite sites. 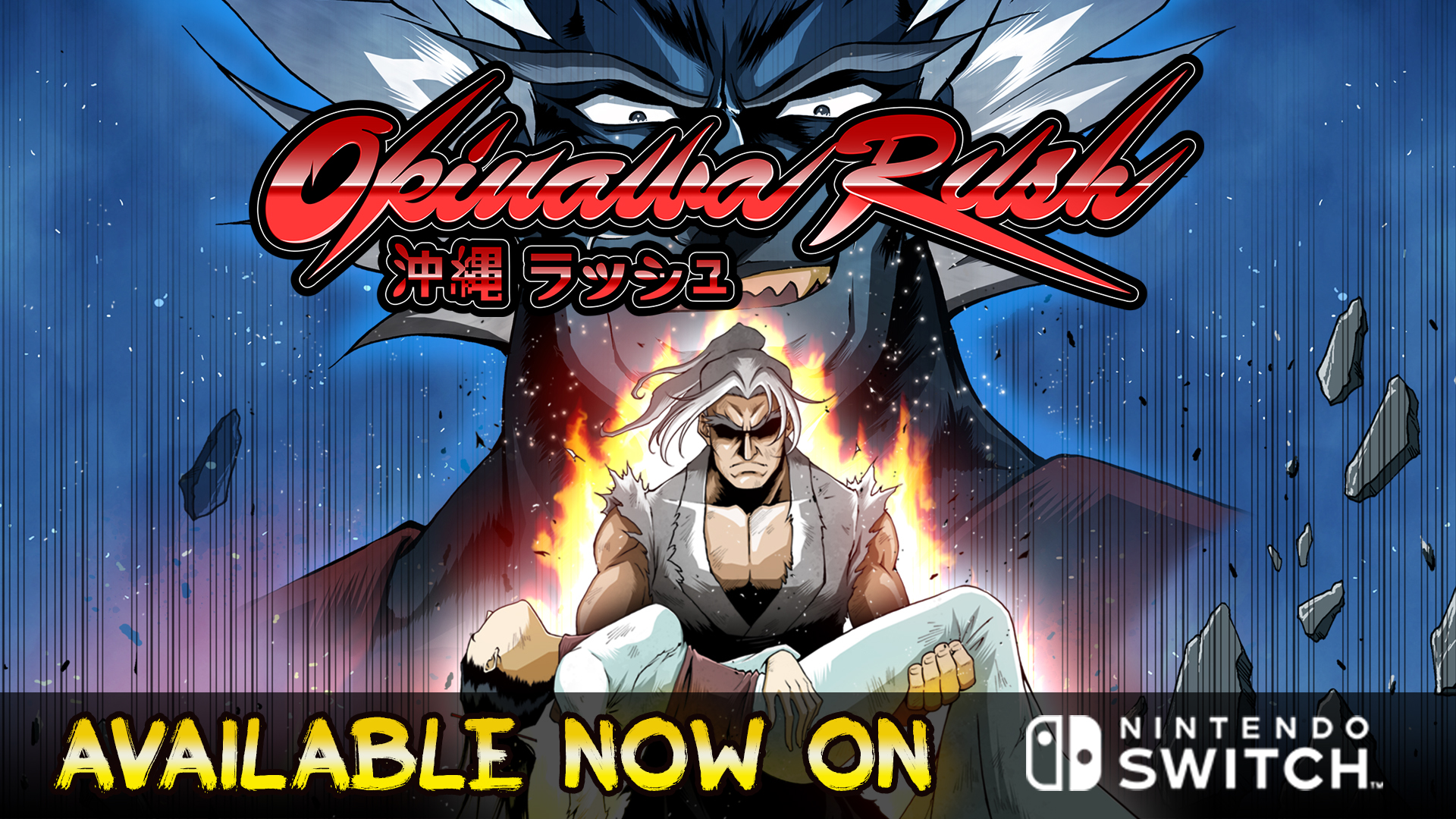 Quick, but important update from us. One week after the launch on Steam and GOG, we're excited to announce that retro-style action game, Okinawa Rush, is now also available on Nintendo Switch! Happy to see this game on consoles :D 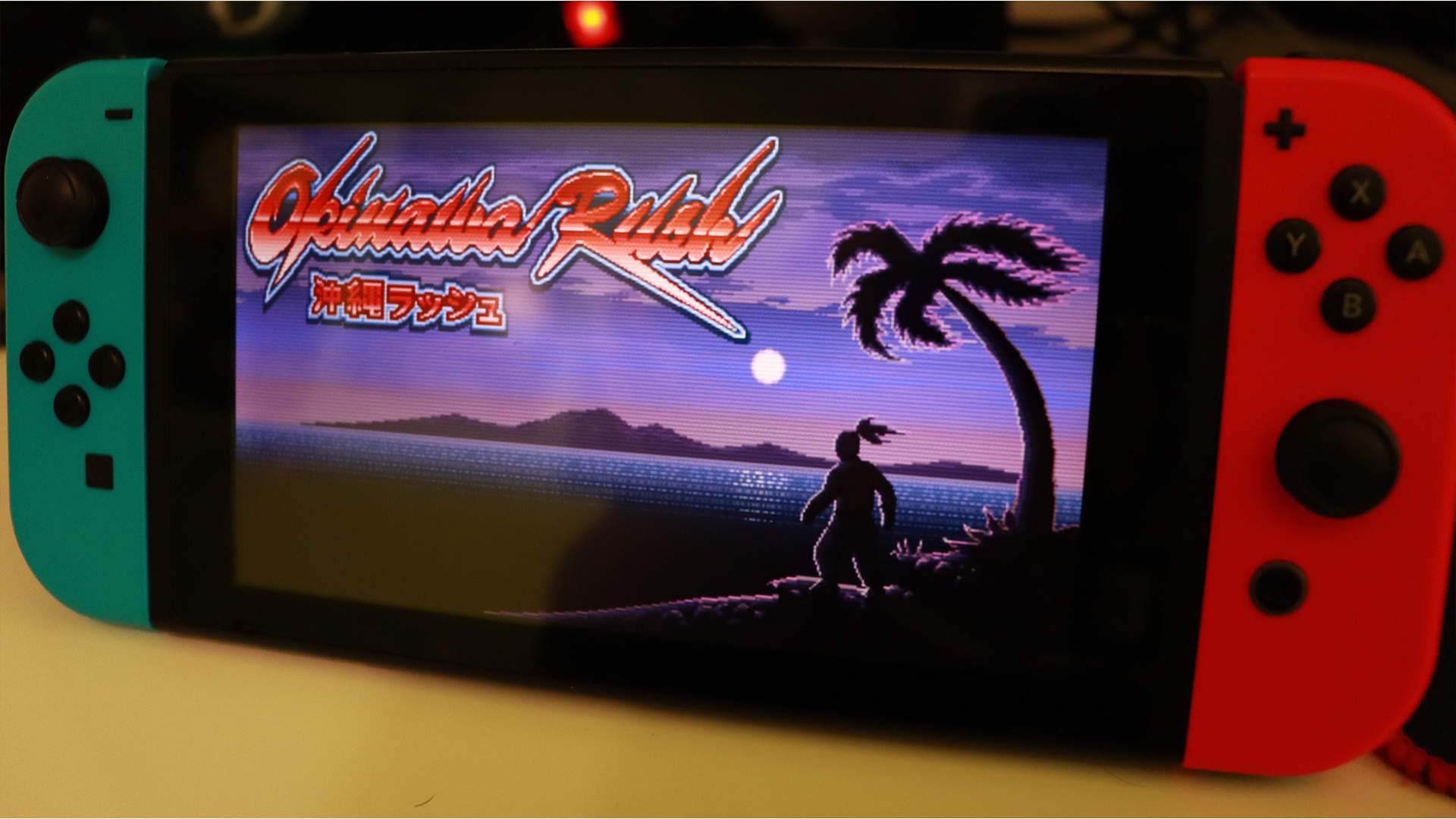 Today we once again celebrate! You can now get the game with a 15% discount:

Okinawa Rush has been released on Steam & GOG!

After all this time it finally happened - Okinawa Rush is out on Steam & GOG!

Attention! The Story Trailer is here!

We have one week to go. Help us! Share the game with your friends, let the world find out about Okinawa Rush! Also, take a look at our latest Story Trailer...

We're so excited to tell you that Okinawa Rush is nominated in Retro Roots category at Pixel Awards Europe 2021!

Prepare your nunchaku and tie your bandana as we have some big news for you! Our action-packed game is coming to Steam and GOG on October 21 and to Nintendo...

Check out the latest demo to Okinawa Rush. It contains first stage of the game and also coop mode for 2 players. Enjoy! :)

Okinawa Rush is a 2D platform, fighting game currently in development. Based on the "golden era" of video gaming with many influences from the old arcade...