NuVera Online is a Social Virtual World created by two dedicated and friendly people. We are always working on new features for NuVera Online to continue making the virtual world fun and exciting. By giving us feedback you can help make NuVera Online the best it can be. We do listen to our users because we realize that at the end of the day NuVera Online isn't what we make of it... it's what you make of it.

In this release we add levels 11-20 of the scavenger hobby, 15 new crafting recipes and the new iron ore resource.

Took a bit longer than planned, but we have just released levels 11-20 of the scavenger hobby. 15 new crafting recipes have been added as well as the new iron ore resource.

Iron ore can only be found inside the newly uncovered abandoned mine which can be accessed via Sunset Isle near the lodge. To ease the burden of trekking across the wild terrain, new telepads have been installed for quick travel to the lodge and back. 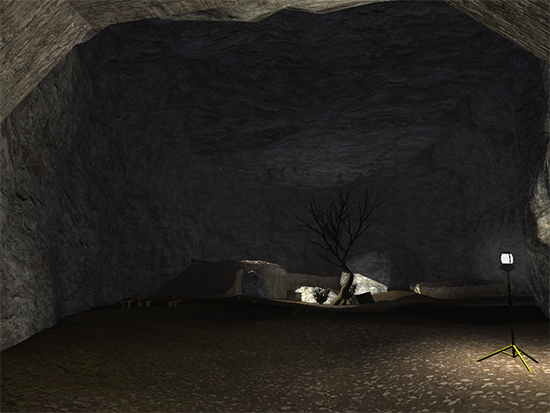 No one knows what happened to the miners, but there is plenty of iron for the taking using the scav scanner. New areas of the mine will be opened up as we deem them safe for exploration.

- Abandoned mine entrance near lodge now accessible to level 10 Scavengers