Note: If you have downloaded and enjoyed Neuro Versus Infinity, please track/watch the game. This way you will be notified when the game updates. :-)

Neuro Versus Infinity is a multiplayer and singleplayer game. Multiplayer is played using multiple mice. (It's only 2 player for now.)

Both singleplayer and co-op mode feature randomly spawning enemies and randomly generated upgrades given to the player who passes a determined score goal. Players start with 5 lives. The enemies get progressively more difficult as time goes by; adding stronger enemies and taking out weaker ones.

Versus mode is much more simple and is only two players fighting each other.

More gamemodes are planned, however.

Neuro Versus Infinity is being made with GameMaker 8.1 pro and supports all monitor resolutions imaginable. The game adjusts object velocities during gameplay to best fit the resolution of the computer. This way the graphics always look smooth and not stretched.

The game has a beautiful soundtrack created by vo1dwalk3r. It currently features only 4 tracks, but there are more on the way.

Have fun and enjoy the game!

Thanks for voting and helping Neuro Versus Infinity on it's quest to become the 2021 Indie of the Year. You are now in with a chance to score some free games. Help this game secure more votes by embedding the widget (or link) we have included below on your favorite sites.

Neuro Versus Infinity v0.2 contains some cool new features, including a boss! 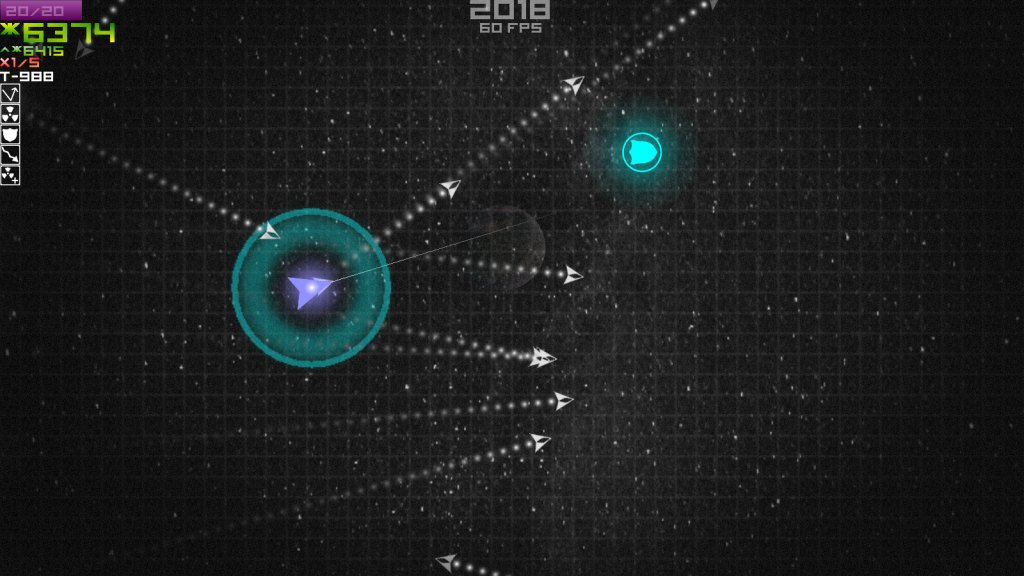 The changelog is in the description of the download file: 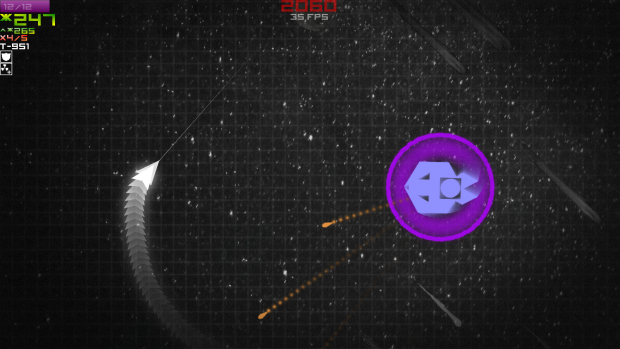 Tons of new features to play with in NVI v0.2! (Including a boss and more bug fixes!)

Fixed some bugs that hindered gameplay in v0.1! Download this version to fix.

Right, so definately my computer that's been crashing. Game should be in pretty good working order!

Uh oh, just played the latest build, 0.11. Was able to successfully get past the "Fighters Removed" screen (side note, the new blue enemies don't seem to have an intro screen at all now.) and after a bit my computer crashed... worked fine for the most part, but crashed after getting further into the game.

What I recall, as I unfortunately wasn't recording this time around, was that I had 6 attack, was killing things like mad and was right around the 500 point mark. I kind of get the feeling it was related to getting 500 points... but I need to investigate further.

Update: Definitely not related to getting too many points. Got well over 1000 on my latest run. Seemed to crash at around the same amount of time spent playing though.

Considering that and the abnormally high recording file size I mentioned earlier I think you may have a memory leak somewhere. I'll test a couple more times to get a read on how long it takes me to crash and see if I can recreate the scenario in v0.1.

Right, did two measured tests and the only similarity was that they crash at some point a bit after the fighters are removed.

First one took 12.5 minutes. Noted that I had 5 attack, which was common to the other times it crashed.
Second one took 9 minutes. Only had 2 attack, so that kinda discounted that possibility.

I really can't see any real rhyme or reason as to why it crashes my computer. If you want I did get a few low-res videos on my camera (using recording software would likely make it worse).

Honestly it could be a problem specifically to your computer. On my laptop I got almost a half an hour of gameplay in before I got bored.
I have no idea why it's happening, though.

After watching the video, I have a few suggestions to make.

-Maybe an option for wasd movement, or spacebar firing
-A scrolling screen, so you have more space to move around (but not infinite)
-Maybe some colors in the background
-A change of theme when you get to the next level (new colors/style - just the background)

Fixed the bug! Will upload v0.11 or whatever tomorrow.

Sweet! I'll take a look and test it out when it's ready. Unemployed tester, so this should be good at keeping my eyes keen.

And just ran into the big one. Game crashes (freezes, then turns off without warning as if I closed it properly) once you reach the "Battle ships have been removed from the game" screen. Can't recall if that's exactly what it says... but it's the second enemy change screen.

Watched the gameplay! It's great!
Ok, so I should explain a few things before addressing that bug:
-Target FPS is 60fps. That's why the game was slow at 30fps.
-You can hold left click to fire continually.
-Getting sucked in to the black hole can actually help you, if you have some decent gameplay time in and can fight off the horde of enemies.

Addressing big bug:
Oh my god. What have I done? Applying fix. (If I can figure out what is happening.)

Tags
Embed Buttons
Link to Neuro Versus Infinity by selecting a button and using the embed code provided more...