How long can you survive the post-apocalyptic wastelands of NEO Scavenger? In the near-future, supernatural activity and human warfare have fragmented mankind into pockets of civilization struggling to survive in wild and dangerous lands. You awaken alone in an abandoned facility with no food nor water, and only a hospital gown and some mysterious items as clues to your identity. NEO Scavenger is a game where you must survive in the wasteland long enough to figure out who you are. Each turn you must decide where to go, how to scavenge for supplies, and how to deal with anything and anyone you encounter. And with each passing minute, the pit in your stomach grows, your dehydration worsens, your muscles tire, and your body temperature drops in the cold autumn air. Choose your starting abilities carefully, because they and your wit are the only tools you have in the apocalypse!

I've just finished uploading new beta build 0.960b and demo build 0.960d. The new beta build unlocks the DMC, adds some new encounters and other content, and changes the economy of scavenging when near the DMC. Both the demo and beta builds include more informative skill descriptions, an updated body heat algorithm for (hopefully) more stable temperature, and a raft of bug fixes.

I've just finished uploading new beta build 0.960b and demo build 0.960d. The new beta build unlocks the DMC, adds some new encounters and other content, and changes the economy of scavenging when near the DMC. Both the demo and beta builds include more informative skill descriptions, an updated body heat algorithm for (hopefully) more stable temperature, and a raft of bug fixes. 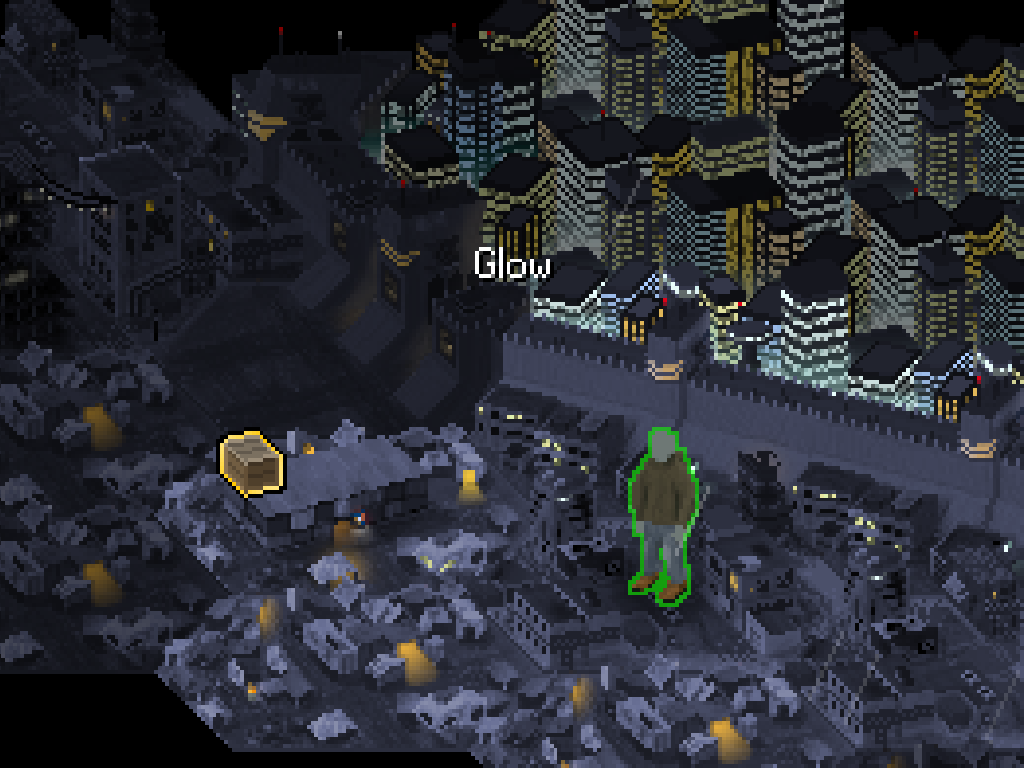 Updates and fixes to the beta version include:

As cities go, there still isn't much to do in the DMC. However, the audiovisual experience should at least be interesting, and the services it provides should be very useful to players in dire straits. It also gives me a chance to try out some new ideas like augmentations and skill upgrades, to see if those are worth expanding.

The scavenging changes should also make it more challenging to obtain large amounts of money. Players will have to travel further from the DMC to get more loot, and the risk increases with the reward.

Plus, there are a few new pieces of content in the game, including encounters, a new creature, and a plot morsel or two. This update is a bit more DMC-heavy than plot, but I figured more folks were asking about when the "orange alert\" would be lifted, so I focused on opening up the city for this round of plot updates.

The following updates were added to both the demo and beta builds:

The new temperature code should hopefully be more stable, and prevent the random heat strokes of death. It seems a bit harsher to me now, though I've usually been able to score some clothes, a fire, or a sleeping bag soon enough to save myself. You'll have to let me know what you guys think of the new mechanic.

I've also hopefully fixed many of the misplaced/lost item glitches in the inventory, both due to item sorting/rotating and AI looting.

Finally, there were quite a few minor bug fixes, ranging from bad music looping to mismatched pop-up info and icons.

Overall, the game should be more stable, and more rewarding. Be sure to let me know what you think of the changes!

excellent... didn't expect to have the DMC released so soon. hopefully i'll make it that far!

This chaotic world is so cruel, hope i'll be able to find the dmc one day haha