How long can you survive the post-apocalyptic wastelands of NEO Scavenger? In the near-future, supernatural activity and human warfare have fragmented mankind into pockets of civilization struggling to survive in wild and dangerous lands. You awaken alone in an abandoned facility with no food nor water, and only a hospital gown and some mysterious items as clues to your identity. NEO Scavenger is a game where you must survive in the wasteland long enough to figure out who you are. Each turn you must decide where to go, how to scavenge for supplies, and how to deal with anything and anyone you encounter. And with each passing minute, the pit in your stomach grows, your dehydration worsens, your muscles tire, and your body temperature drops in the cold autumn air. Choose your starting abilities carefully, because they and your wit are the only tools you have in the apocalypse!

Updates Included in Both the Beta and Demo

Both the beta and demo include the following changes:

The biggest news here is probably the endless turns bug fix. I think I've found and fixed all of the causes of this issue (and its sibling, the frozen combat screen). There are also several play-balancing changes, including a reduction in creature spawn rates, increase in healing time, and fixes to the AI looting hexes and running off with impunity.

There should also be some significant performance improvements, as creature optimzations and framerate adjustments reduce memory footprint and CPU load, respectively. Plus, combat enhancements should make it easier to gauge how severe wounds are in the message log.

Updates Only in the Beta

In addition to the above, the Beta (a.k.a. "Early Access" on Steam) has the following updates: 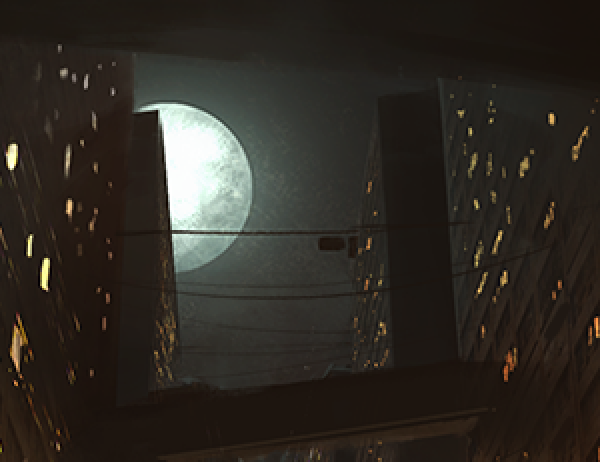 The moon casts its pale illumination on a new location...

First of all, 4 new music tracks! Josh has outdone even himself in this new batch, and they will further paint an aural soundscape that haunts your desperate days in-game.

The DMC also has a new location to explore, with plot clues and cultural cues to discover. Plus, there were a significant batch of fixes and patches to existing encounters.

Overall, players should find a mix of new things to discover, fixes to performance and stability, and general improvements in the balance and fairness in-game. As always, let me know if you have any issues or feedback on the new build!

A new test version of Beta is available for NEO Scavenger. It includes new content, new features, but may also have new bugs. As such, it is available...

NEO Scavenger has come to Steam Early Access! Here's how to obtain your Steam key.

Been waiting for access to the NEO Scavenger beta, but a little short on cash? Today may be your day!

I liked the attention for details you put in this game and its overall style. Excellent work.

Are you guys still working on the game? There hasn't been an update in many months.

Neo Scavanger at HumbleBundle.com for only 1 dolla people.

Should be! Sometimes the Desura build is a day or two later, but both should be in sync right now.

I bought the game through the website, but wanted to dl it through Desura, but the only option i have is paying for it again. I have the key that was generated thorugh the main website, but cant find out where to put it here in desura....please help

The link for key activation is a bit tricky to find on this site. It's near the bottom of the page, and goes here:

Let me know if that helps!

It does, but you're right about it being a while. I added an 0.981 update a couple weeks back, but there were some last-minute issues. Since I didn't want a buggy build live while I was away for the holidays, I reverted to 0.980.

However, I did upload an 0.982 "test" build to the official site, so folks could play around with it in the interim. So far, that one seems to be stable, so I'll probably be pushing it live to Desura today.

If you'd like to try it before then, this link explains how you can get access to it:

Hope this helps, and I apologize for the delay!

Hi, I bought your game through Desura, as you can see, and has recently discovered that your game has also been relesead through steam as well. Is it possible for me to get a steam key, so that I can play your game through my steam account? I like adding new things to my library so it looks kinda cool and badass lol. I know that I can get a free steam key if I have a beta access, but I have no idea what that is, nor if that beta access thing would also works for me.

Thanks for deciding to purchase the game, wogudwkd12!

Yes, you are eligible for a Steam key. The following news post explains how to obtain it:

Let me know if it gives you any trouble!

Thanks, man. You rock.

An exciting mix of turn-based role-playing and survival gameplay. I'd say it's quite a bit more than a roguelike. Not since Robinson's Requiem have I seen such detail put into the player character's frailty. It leads to a lot of careful planning and tense moments. You never quite know what will happen once you step out of the Cryo Facility. 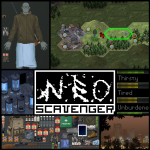