From blowing down the lane with unreal speed, to rising high above the rim, to slamming down with unstoppable power, NBA Live 2003 lets you live your dream of NBA super-skilled stardom. When the game's on the line, you're the one everyone watches. Call for the ball and drain a buzzer-beating three-pointer to send your opponent packing. Turn your defense up and reject a last-ditch shot and show the world you own the paint. Lead your team to victory in the biggest games imaginable, and do it year after year to create an NBA dynasty and become an NBA legend. Totally enhanced gameplay brings the physically challenging, fast-paced action of the NBA to life, and enhanced animations and audio deliver the awesome drama and emotion of the NBA experience. Without Live, it's just basketball. 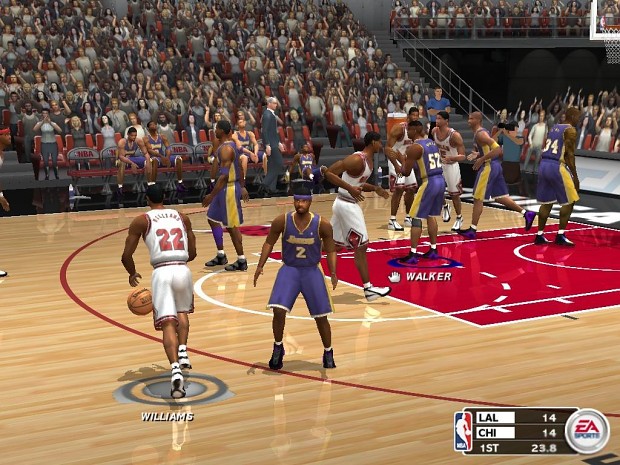