Hello dear fans. Time to have countdown for Christmas :D

It is 1. day of December. 24 days to go till Christmas. Also 24 days minus a year when first official release of nazi zombies portable was released. Lets go back in time little. Remember the first release? Game was buggy, crashed allot. There were however basically everything in. Then came beta (and re-coded beta) that made things better, stable and lot faster.

However it still wasn't perfect. We have wanted to release a new version every day. We have wanted to release a stable, playable, enjoyable. WE wanted it for Christmas. What could have been perfect gift for community that has waited for half year now? Without any kind of word what is going on? Well i am sad to say this didn't happen. School and real life took most of the time we had. But did that stop us working? NO! Let me introduce you guys:

So here is how it works. For next 24 days we are going to give you something every day. It might be pic, video, mp3, text, update, patch, anything. Heck even pic of me dancing in our schools restaurant (i think you got the idea). Some day we might just not be able to provide anything, don't worry. We still simply don't have enough time. So what shall be in first locker of our calender?

HELL YEAH. We were not able to get you full release unfortunately. But that doesn't mean we cant release something :D BUT BEFORE YOU READ FURTHER READ THIS!!!!!!! This release we are giving you is not nearly done!!! IT is our re-coding process. Currently in there is only experimental stuff. It doesn't have zombies, it doesn't' have anything to buy. You can move, aim, shoot, reload and switch weapons. There are only 3 weapons in!!!!

So BEFORE YOU COME COMPLAIN THAT IT IS DUMP RELEASE READ MORE!!! This release is meant to keep you satisfied. AS i said there is going to be patches. I am setting up a forum to report bugs of this re-coded version. The second reason we are ding this is to keep the game running 100 % from begin. You are going to help us detect the slightest bugs we have in game and fix em early. So now just wait for authorization and enjoy testing. (LINUX USERS: i was not able to get Linux version done for today, but i will try to include it in next patch OK?)

So what actual is in this new" version?

With Addition of re-coded weapon system we have done some slight engine modifications (some are not 100 % up yet like online stuff) Feel free to try them but don't come cry if your game crashed ;) Also some stuff has been updated. One is warehouse: 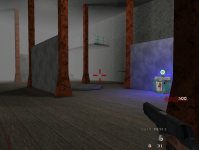 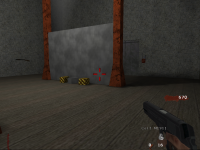 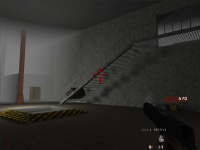 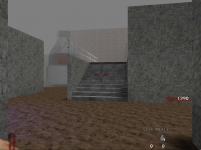 Yep, it has gotten complete redesign. There are few new things (that doesn't work in current re-coded version unfortunately)

So yeah. Stay tuned and remember to VOTE FOR INDIE OF THE YEAR

AS we said we are not dead, just acting slowly.

its the 2nd for me lol

Cool looks like I'm keeping my PSP :-) but if you guys want to make an android version I'm very good with Java and the android sdk:-P

Now i can tell my friends that it wont take 10 years for you to give it out! :D

What the? My new zombie game has an Advent Calender with the same kinda' thing please check it out guys. You're game is awsome.

IT TOLD YOU GUYS IT WAS CHRISMAST YEAAA!!!!

A great song for killing zombies at here:https://www.youtube.com/watch?v=xpp9Nl3ul_A&feature=fvst

Might be getting a Black Berry Playbook for Christmas, it would be nice to play nazi zombies on it haha

This looks freaking cool, will have to try it out when I have time.

Does anyone know how to put cfw themes on a psp go running 6.39 pro-b7?