Fight back infection in your army of cells with this strategy and attack game in which « the best defense is offence »!

Chugulu today announced the release of Nano War, a Strategy and Attack game for iPhone and iPad. Created by Benoit Freslon and released as a Flash game on the Web in 2008, this game was a major and respected success with the Indie sector, notching up tens of millions of gameplays on Kongregate and the Disney sites.

In Nano War, you must save a human body from viruses that have infected its cells. To do so you have to send your cells into battle to beat enemy cells, whilst setting up and maintaining your own defense.Now with a deeper gameplay, more colorful design and highly intuitive tactile ergonomics, Nano War remains very simple to learn yet requires a real development of skill and strategy for later levels in the game.The game offers four trails – the 4 main zones of the human body split over 40 levels. The first 10 levels are free to play, the rest unlocked by in-app purchase. At the end of each level the playter must beat a Boss …no mean feat.The Battle mode allows you to play and unlock personalisable battles in-app and an online multiplayer mode is in development and will be released for free in the coming months.

Since 2008 billions upon billions of cells have been saved, making Nano War a Top 10 ranking game on Kongregate as well as Game of the Week on IndieGames.com. The game collected 3 Awards (SACD Award 2008, Florilège du Web Flash Festival 2008, Winner of WhoseGame) was soundly praised by Mac4ever.com who stated:
★ “…one of most addictive little flash games you’ll ever find.” ★

Is available on iPhone and iPad: Bit.lyTrailer videos: Youtu.be

To keep up to date on this project and on other topics, have a look at facebook.

Online mutiplayer mode up to 4 players available for free

I'm proud to annonce the release of the multiplayer mode of Nano War iOS (update 1.05).

The Multiplayer mode is FREE!

The multiplayer mode uses Game Center and the matchmaking service. The online game works very well. The gameplay is very smooth. I didn't see any lags.
You can invite your friends and play against them up to 4 players. 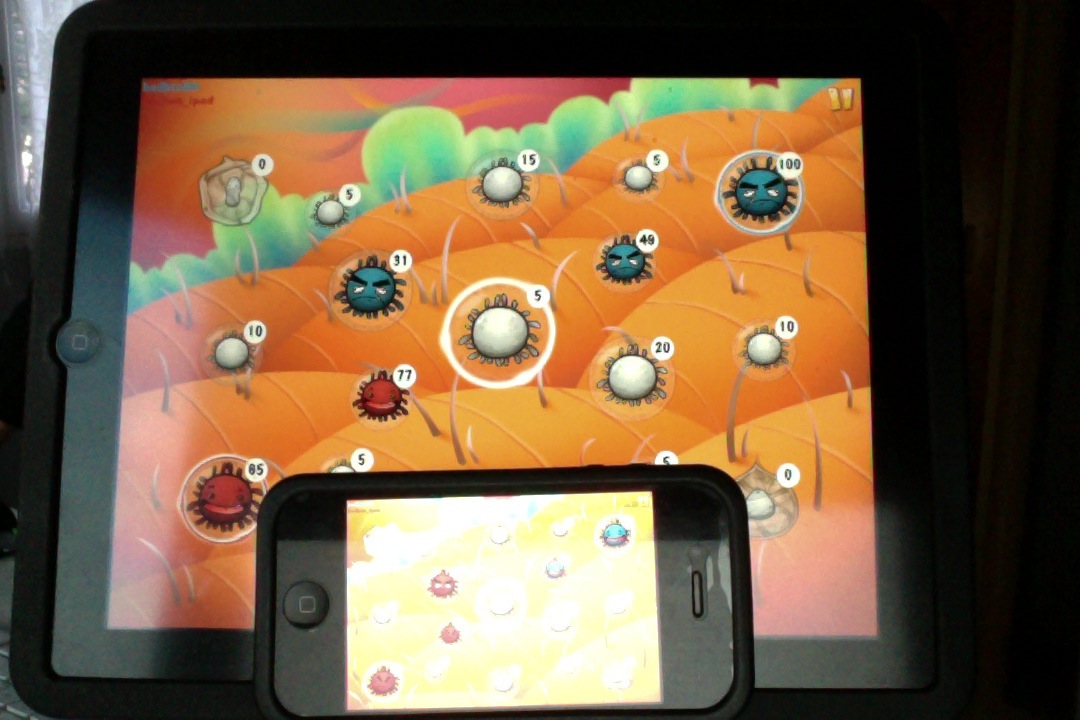 10 seconds after tapping the matchmaking button a player joined the game.
I played against 4 different players and each battle was different.Here my first victory against a human player. :) 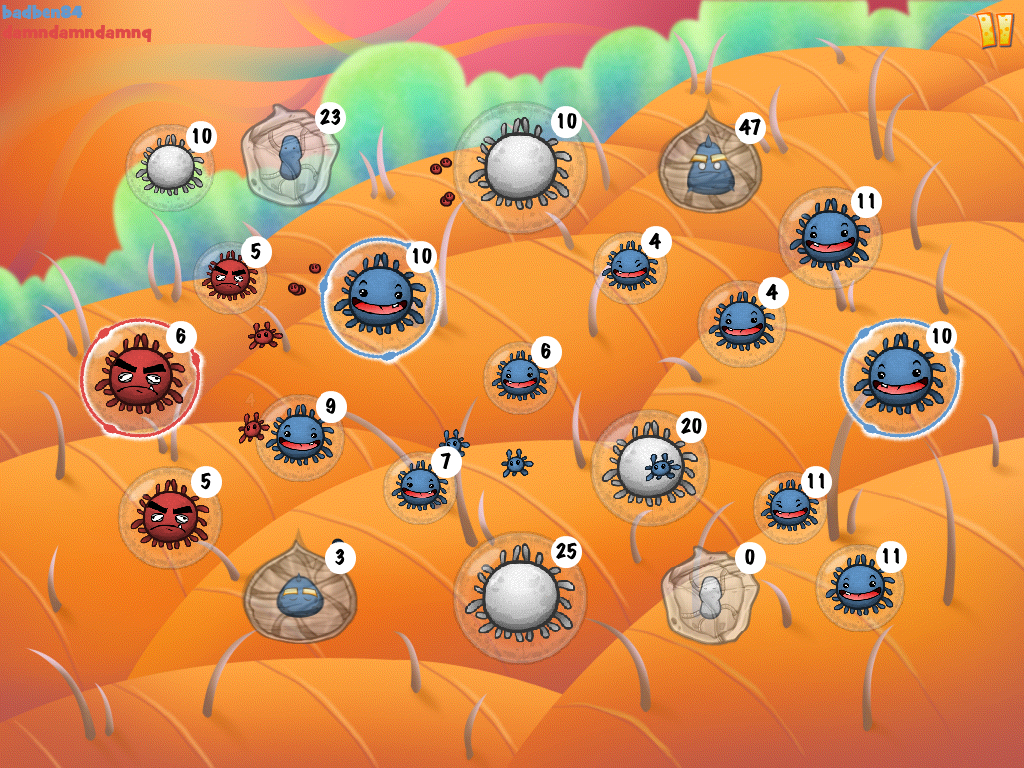 There are 2 different maps for 2, 3 and 4 players. But I will to add more maps and more features.
Please rate and write a short review again!
Thanks

The development is over and the game has been approved by Apple. The game will be available on AppStore on 21th february.

Here the ingame bgm. Click to listen the music. The music will be included in the next beta version.