Build your own aircraft and prepare to fight:

Combining the very best of sci-fi and aerial dogfighting gameplay,
AX:EL delivers a totally new gaming experience.
Create your very own shape-shifting vehicle and dominate both the sky and the ocean.

Build your own bespoke aircraft, from mainframe to wings.
Dominate the skies then watch your aircraft morph in to a silent underwater killing machine
as you chase the enemy from the blue skies in to the darkest depths of the ocean.

A big thank you to AX:EL's Steam community,
who gave awesome feedback and helped with making AX:EL as we know it.

The game has grown a lot since its first appearance on Early Access:

Ship customisation now gives huge freedom and allows you to create your own vehicle with a unique setup.
From wing colors to their rotation, each wing with its unique stats for air maneuvering,underwater
maneuvering, energy regeneration and more. 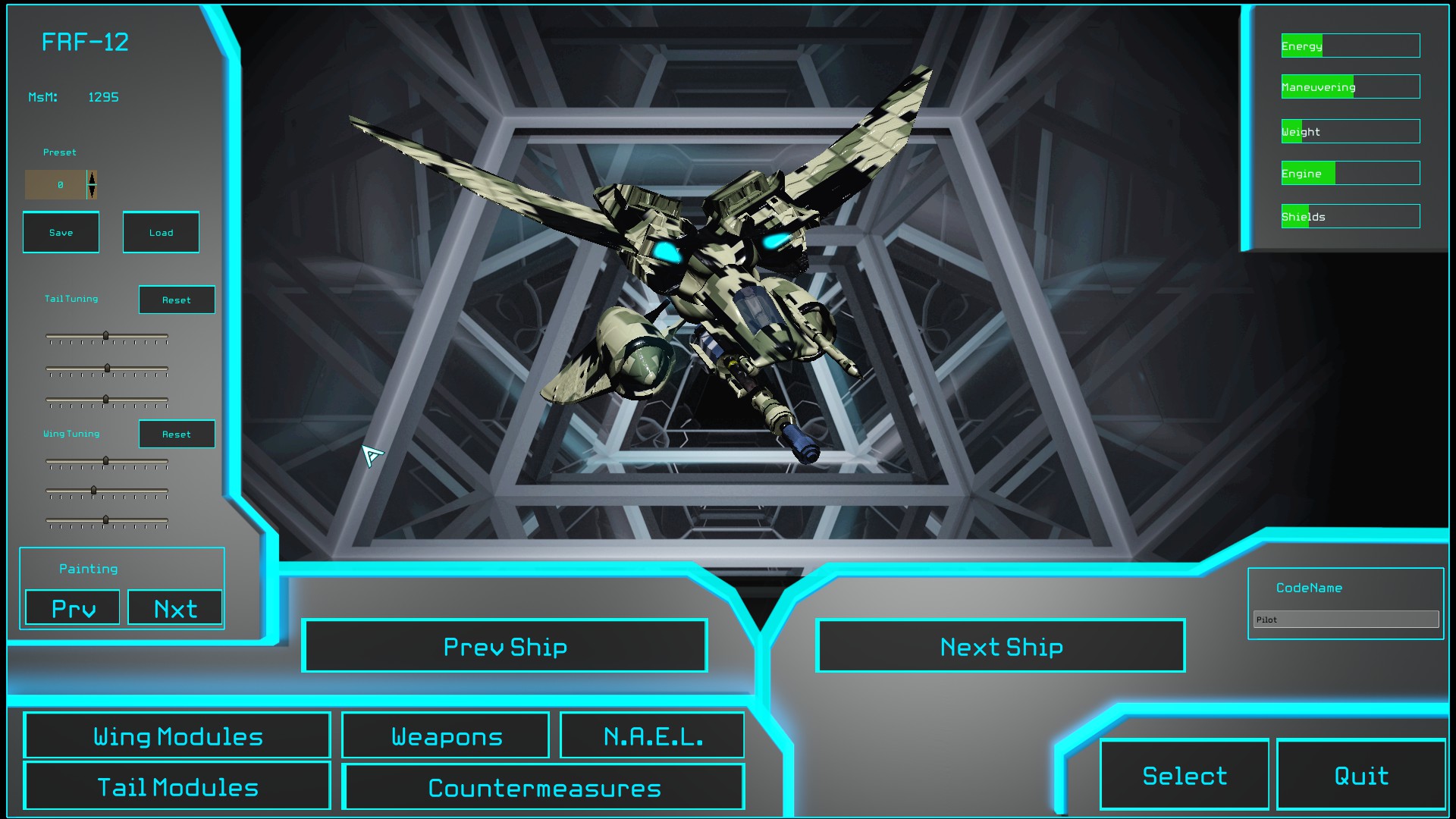 The campaign mode had a complete rewrite with a deeper story, mission briefings,landings and take-offs.
There's even the cockpit view for full-immersion into the dogfigths. 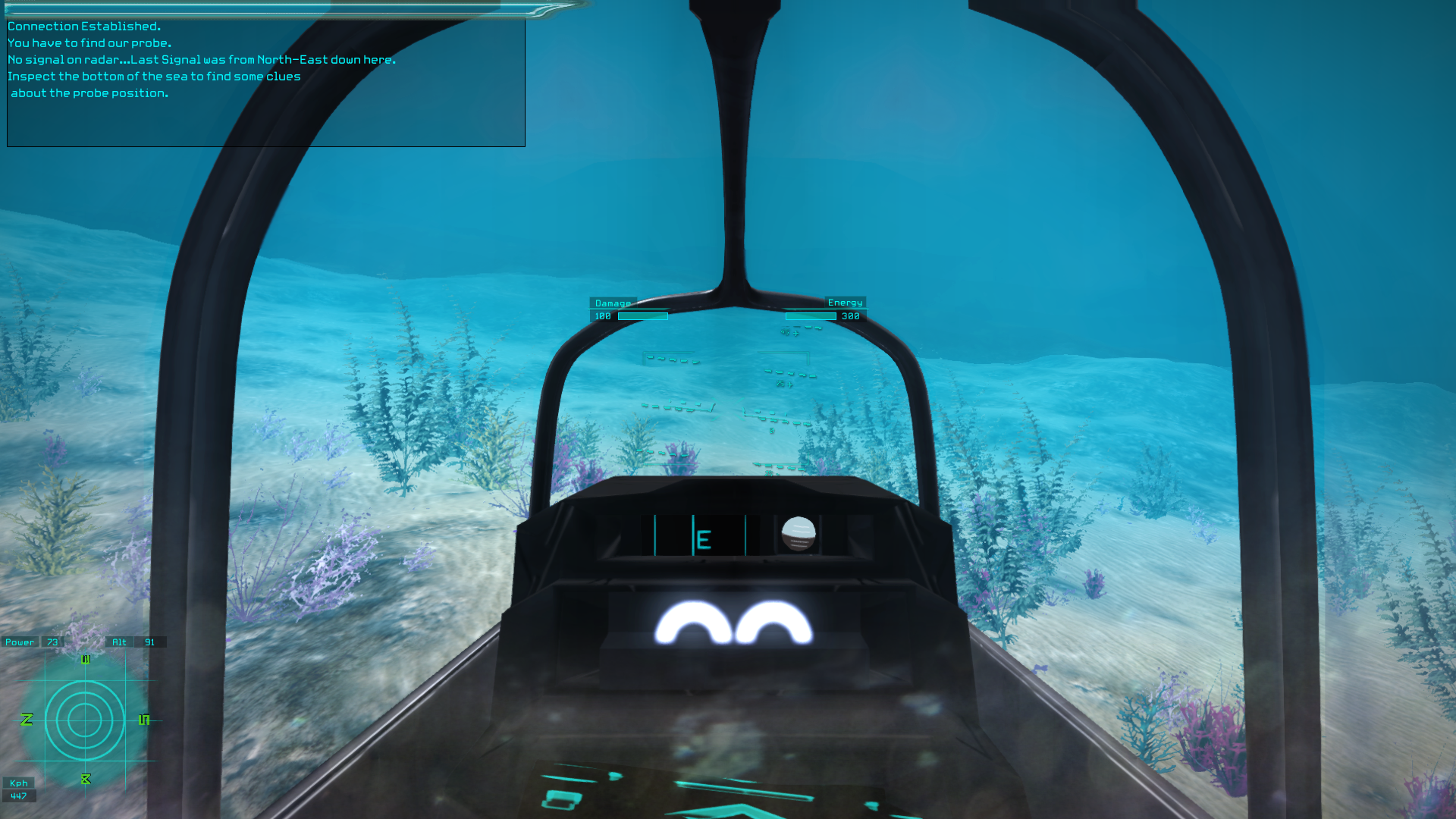 The arena mode, with up to 32 bots and the possibility to play over direct IP or LAN with other
players now features Team Deathmatch.

The actual combat has improved a lot, too. It's now more strategic, allowing you to deploy countermeasures
or the energy shield to protect you. but beware, the AIs are now smarter and more challenging, too!

To help you with you flight, ships are now equipped with the "N.A.E.L.".
A special processing unit that gains experience based on how you fly, dive, or your tactics in combat.
Essentially the system will "learn" how you fly and configure the ship to give better performance.
So even flying around alone just to "train" it, will make your ship more adaptable to your way to maneuver it. 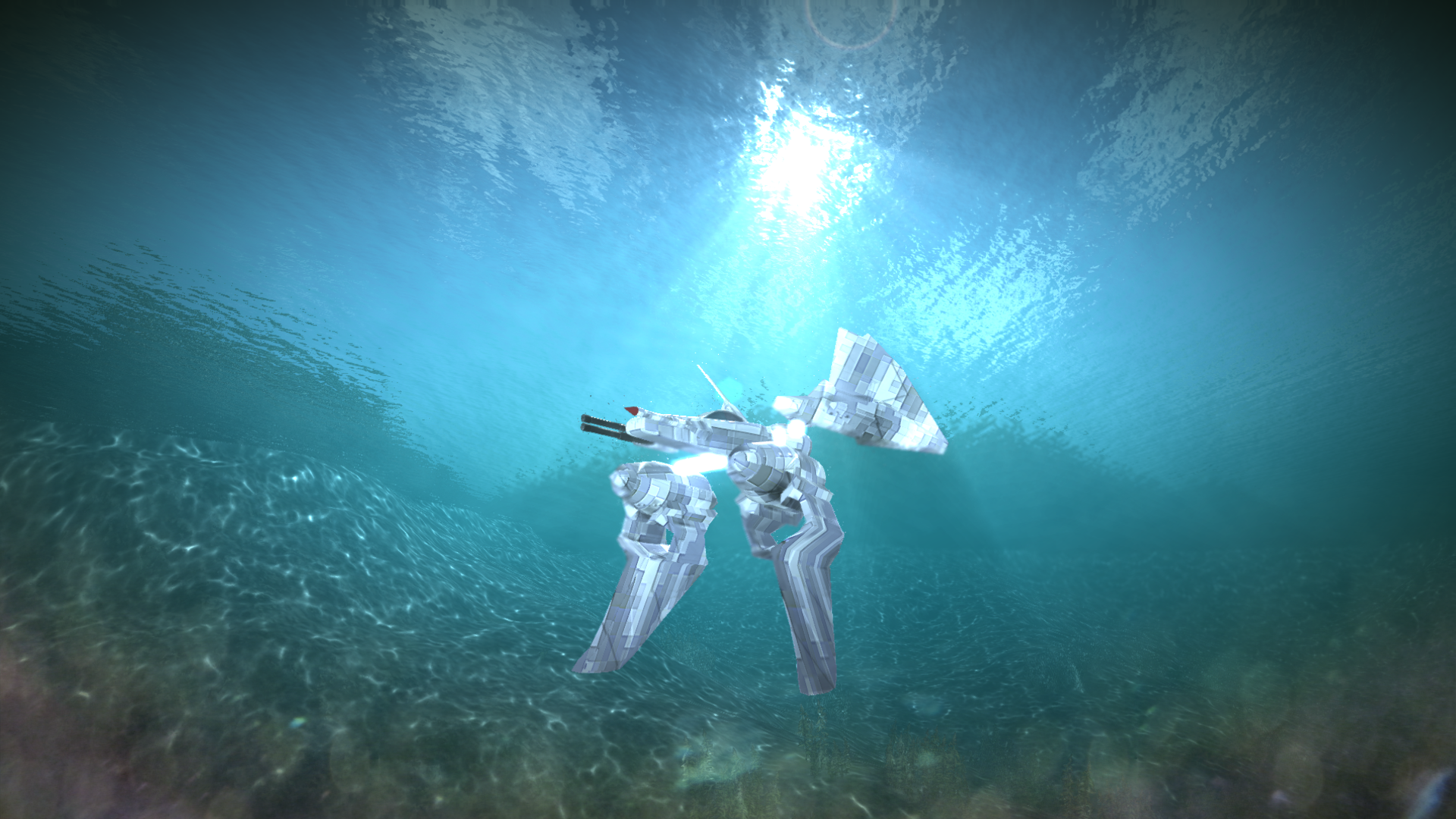 There are still things to come, the Beta build on Steam will soon be open to everyone who have AX:EL in his Steam library, which allow to see in preview new features and cool addons!

This update is probably the biggest ever made on AX:EL, many things are changed and many are new...

A big update is live... and is awesome! From ground targets to AI allies, from the sky to the sea: check out what's new!

MorphShift Wars is finally ready for the update, what has came out is just awesome! Take a look..

MorphShift Wars is now on Steam! Tons of improvements, new aircrafts, new enemies, are you ready to fight?

I'm looking at the screenshots and the video and I think I can see something in this game that most others lack: The freedom of creation. Some games come close, but they still lack something... something which only Spore seems to have stumbled across. While Spore lacked any true multiplayer mode, it still left the player with a sense of satisfaction when they put together a really cool vehicle(/building/creature) (Well, it left me with that sense, anyways...) .
My good sir(s), you seem to have stumbled across that same 'something'. Time will tell if my hunch is correct, and I (almost desperately) hope that it is.

Do we have any chance of seeing a demo?
(Hopefully, this post ends up being more coherent to you than it is to me.)

There was a demo, but since I'm working alone was too much to maintain two builds and develop them and demo was not representing anymore the "full" one. As soon as I get a new pc I'll definitely post some gameplay and how-to. (My current pc just can not do anything better than screenshots, new pc will mean also improved graphics etc.)

I'm also planning an additional expansion of the aircraft building system but I can't reveal much right now.

And if you are asking: yes, in multiplayer you see what the other people built!

That's the kind of game i want to play!

I'll just wait for the next demo, I don't want to be the reason development stopped for a bit because my computer explodes when the starting scene ends :P

Ok, thanks for the feedback!
btw I'll pack into next demo release a log support and an how-to
for sending the log in case of problems :)

For some reason the game crashes after the intro. I've retried uninstalling and reinstalling, but nothing changes. Anyway to help this?

You are the second one reporting this, could you tell me your computer specs?

Ok, to make it simple, we have two ways:

- You can wait for the next demo release, that has lots of code cleaning, bug fixes and new stuff and see if it works.

- I can publish a patched "loader" that has to be placed into the game directory and a "console.log" will be generated and i can see what actually happens.