Players are lumped together in the nexus tower, where they compete against each other to climb the scoreboard and emerge victorious with the highest score by the end of the game.

The score is earned by successfully performing microgames - smash an object, jump over laser beams, reach the other end of an obstacle course, solve a math equation - throw a watermelon at your opponents? The list goes on and on, and the faster you perform, the higher your awarded score.

At the end of each game, there is one final obstacle players must face - the boss stage, which is a slightly bigger game worth a lot more points. The perfect opportunity to flip the tides of war.

MicroWorks is fast without pause - microgames will keep coming at you consecutively as they become increasingly faster with each one. Keep up with the tempo and outrun your opponents to win!

To promote MicroWorks and grow its popularity (top games), use the embed code provided on your homepage, blog, forums and elsewhere you desire. Or try our widget.

3D adventure quest. Solve the mystery of war survivors, that are forced to live under protective dome KAPIA. Dive into unique universe of KAPIA to help...

Play the familliar wall and bounce game Nanos alone or with a friend in storymode, of compete with up to 3 other players for some nice partygame action.

BrambleLash is a spritely multiplayer co-op with tactical team-and-swap action. Enchanted sprites work together to defeat slimy invaders in a whimsical...

Dive into the bizarre world of Epic Loon, a quirky physics platformer for up to 4 players playable in couch co-op or battle mode.

Renovate like there’s no tomorrow! Gather your friends in this intensely fun couch co-op game about home renovation and work your way to the top of... 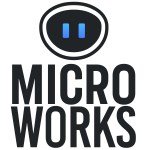