What is Math Classroom Challenge?

Math Classroom Challenge is an educational game in first person and subjective view, now also in third person with the help of a drone, with the mission of solving the different random mathematical exercises proposed. To do this, you have at your disposal a water hose, with which you must water the numbers and the appropriate solutions. All this in a safe environment to learn mathematics in a fun and enjoyable way. It's also the kids version of Math Combat Challenge.

Math Classroom Challenge is designed for children over the age of four. In the game the player can do several activities: learn the numbers that fly, learn how to throw the water, solve the static panels looking for the corresponding numbers, and solve the dynamic panels that appear suddenly with three solutions. Always throwing the water from the hose to the correct solution.

In the game there is simply a parameterizable timer, and you can choose the type and complexity of mathematical operations, from sums to equations. The errors of the dynamic panels are counted, but they can be reduced if the flying dragons get wet. Although caution, sometimes this can give opposite results if used too much.

It's available on iOS, Xbox, Nintendo Switch and Windows.

Math Classroom Challenge is a game for the whole family, which aims to make young people come into contact with mathematics in a fun and entertaining way.

We are happy to inform that Math Classroom Challenge Christmas Wand Edition is here. This version has seen a new processing of the textures, better controls, some glitches solved, and an important new element: the Magic Wand. 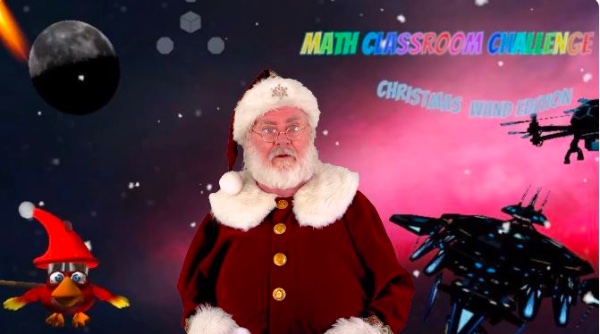 The Magic Wand is here.

The Magic Wand is on the left side of the player, while the water hose is still on the right side. Normally capturing the numbers to solve the math problems could be difficult because of the water, that could touch other numbers. This was made on purpose, so the player had to be fast and accurate.

The Magic Wand is another options for those who want to use it: the Magic Wand launches a magic ray that goes directly to the front, touching only the number you need to solve the math problems, or the correct answer if you're dealing with a dynamic panel. 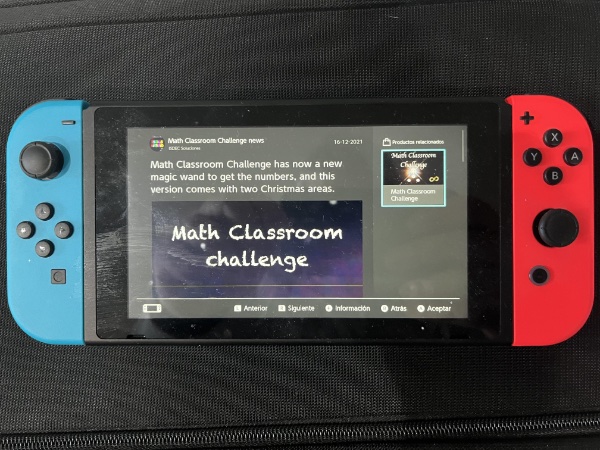 Two of the areas of the game comes with a Christmas version so players can enjoy this end of year that has been difficult for so many people. The Christmas version will be possible to activate or deactivate in a new version after Christmas.

And remember: this is an educational game to learn math. The previous article contains info about the math operations available and other useful data. You can read it here. Thank you!

Math Classroom Challenge is on sale now on Nintendo Switch, and second position in educational deals. Thank you for your support. We want here to explain...

Learning math is boring, so they say. Well, we all know that some children usually have problems with mathematics. We think there are many reasons for...

The controversial has come again: if solving math in 3D, with a water hose, and sending water to numbers was a crazy idea, now you can solve math with...

Math Classroom Challenge and its companion with Augmented Reality Math Street Challenge have been enhanced in the new versions for Mac and iOS. Now we...

Quiz: All about everything! Educational

THIS IS… Your World Educational