This is a fantasy themed game, where adventurers must spend time crafting, gathering, trading and exploring in order to advance their skills to be able to claim and rule areas.

The game is hosted on our 24/7 live server, which gets 3-4 fast updates every week.

Keep in mind, this game is in development, 2d/3d graphics are made by programmers :)

It is also non-profit, free to play (no online shops), only optional donations are accepted.

Launcher has been updated to 1.53! The older versions are unable to recognize and save music files...

At the moment we are looking for musicians to compose some nice ambient desert themed music.

Here at Mage Online we like to give you updates to exactly what has taken place in each patch so as usual this information is attached at the bottom to show you the pace we are working at. The most recent update log and information can be found on our forums at:

After a great deal of work on Fairlight's part, vault raids and pyramid building have been implemented into the game in order to give players more things to do with other players to achieve common goals. By doing this we hope to encourage more social gaming as opposed to typical anti-social gaming scenarios where a player feels it is better to fight/work alone. These updates are also part of our plan to let you players shape the world. Yes, YOU PLAYERS. This game is all about you so we want to hear what you think about the game. Even if you are reading this and are thinking "No, this game isn't for me..." then please tell us why. If you log in and play for 5 minutes and then stop, tell us why. We want to get as many opinions on our project as possible and improve on what we have so far.

Things to look forward to in the next months:

It would be awesome for us if you could leave us a comment or even better catch us in game for us to show you around and talk you through the game/project (Developers/Moderators are typically online around 4pm GMT).

Got any skills you feel you can contribute to this project and want a platform to show them off? Get in touch with us and we would love to talk things through further with you.

As always, enjoy your gaming. 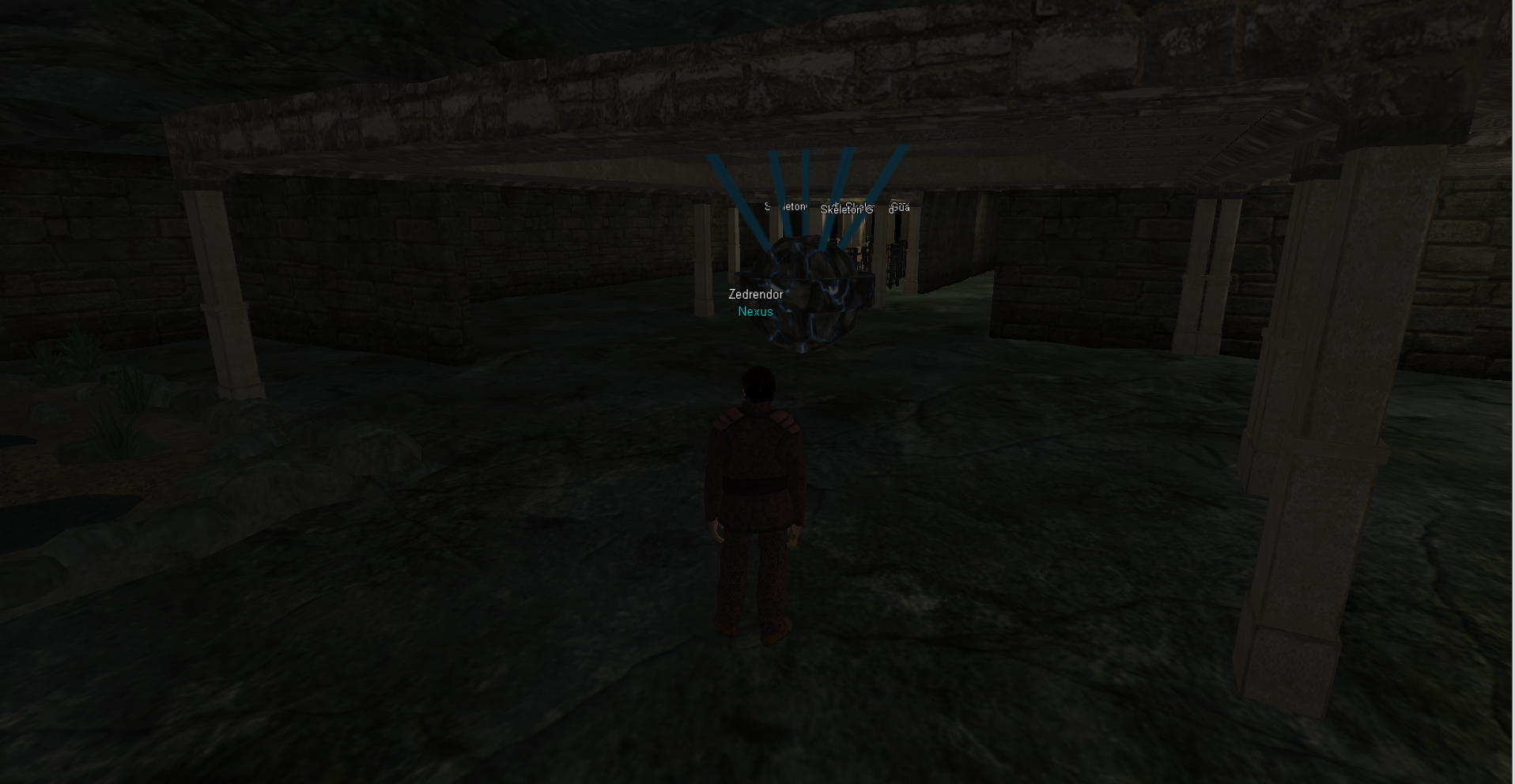 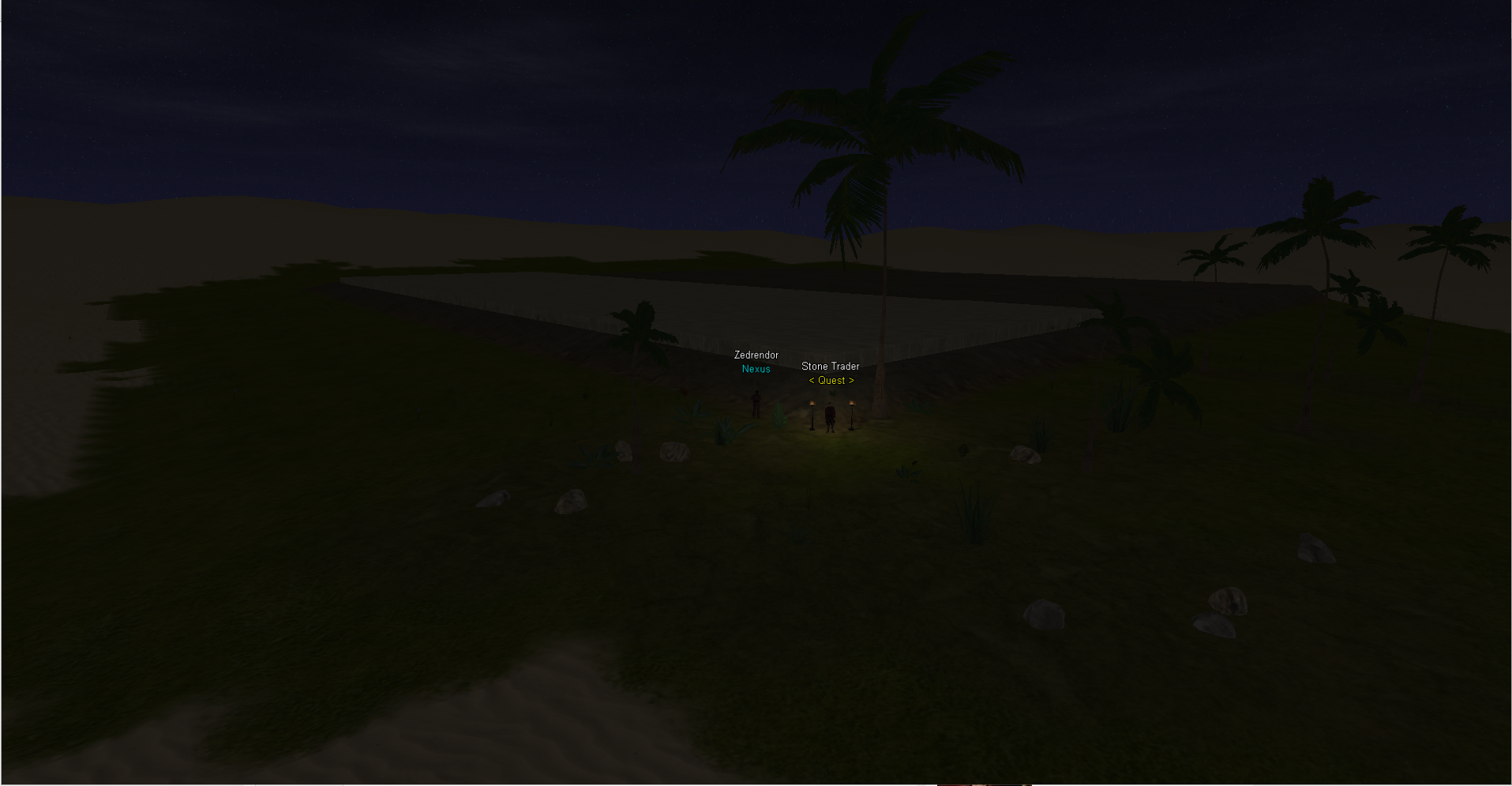 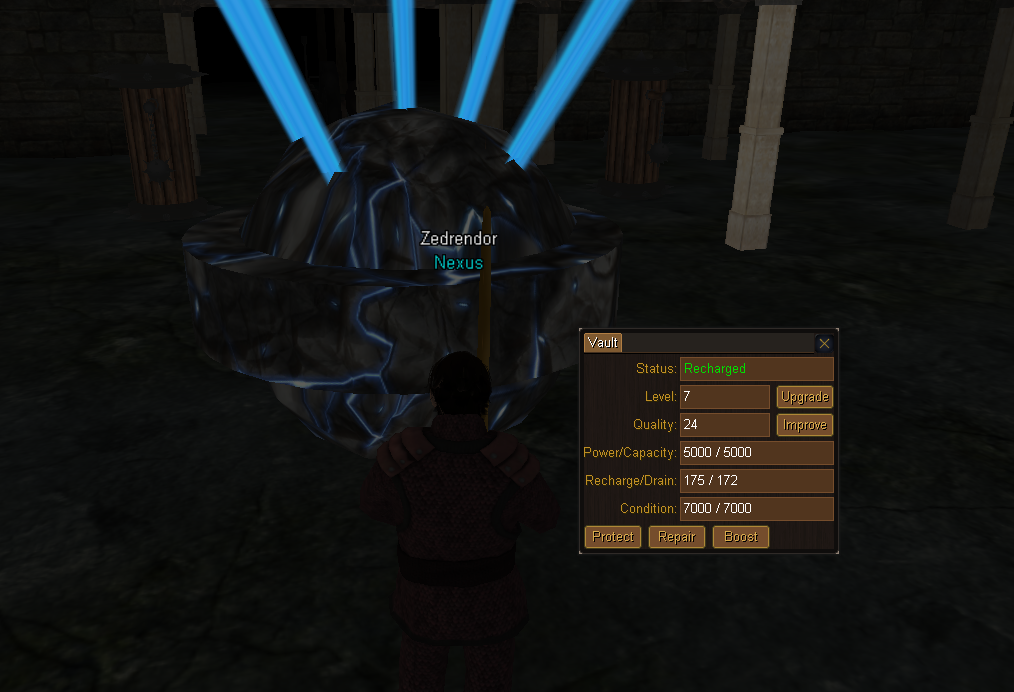 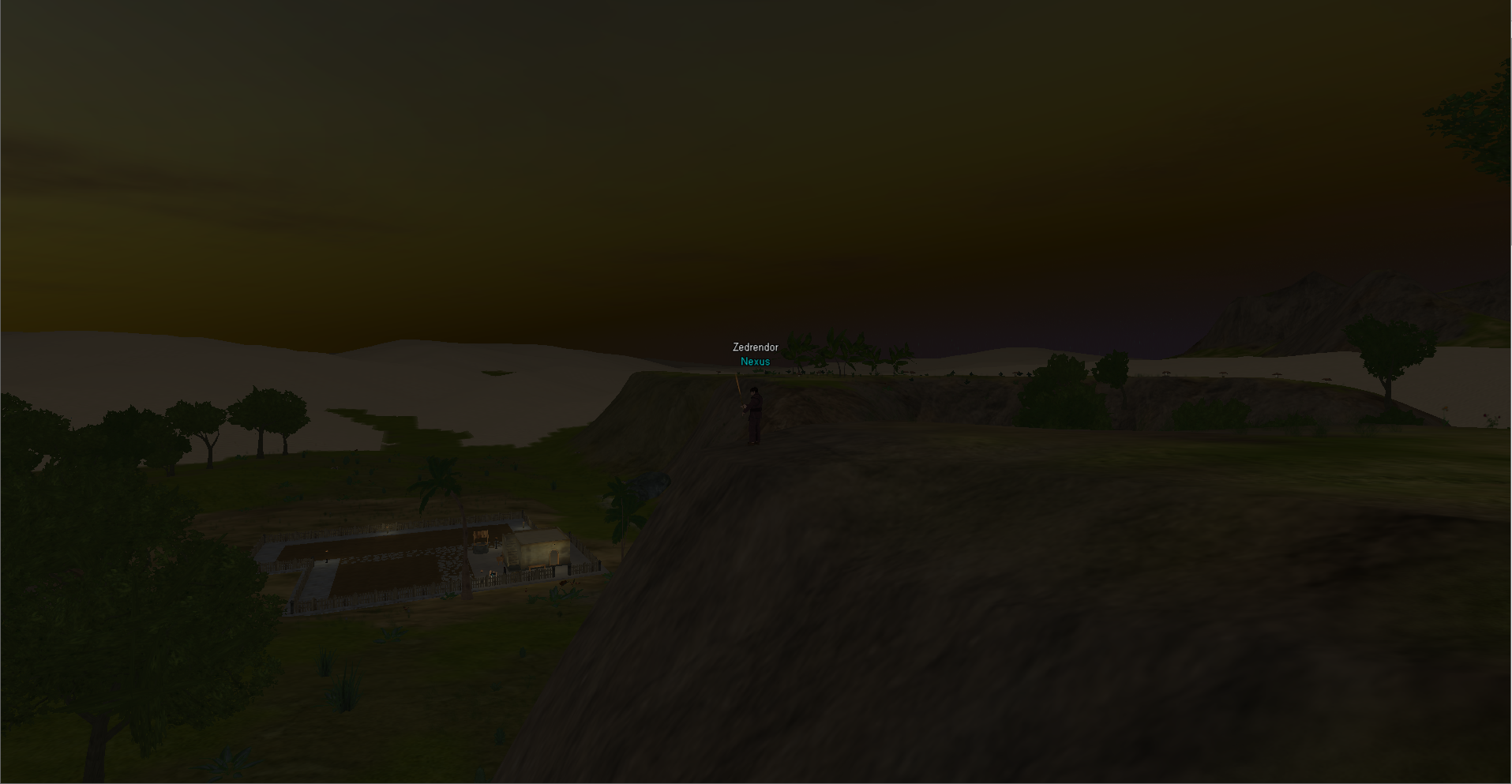 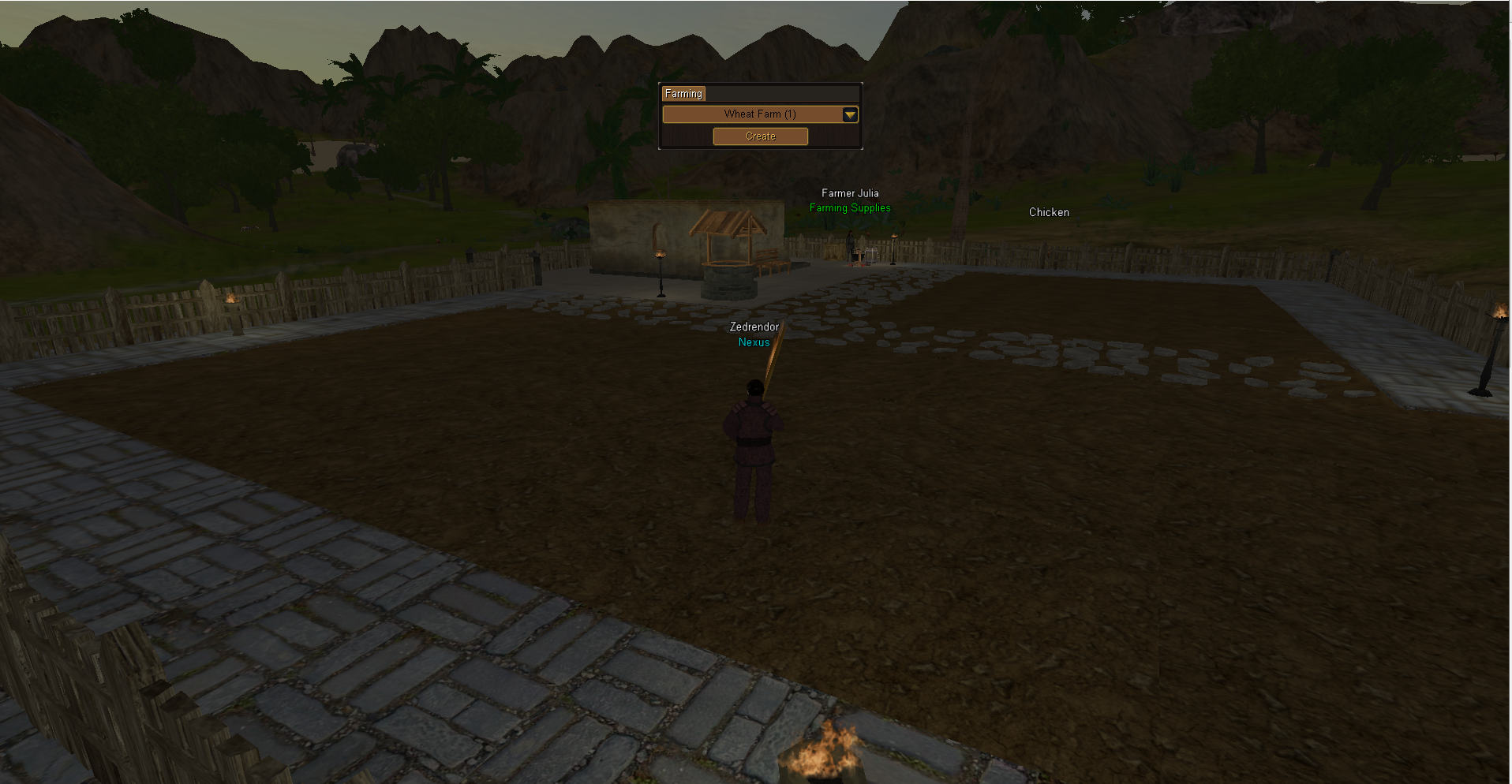 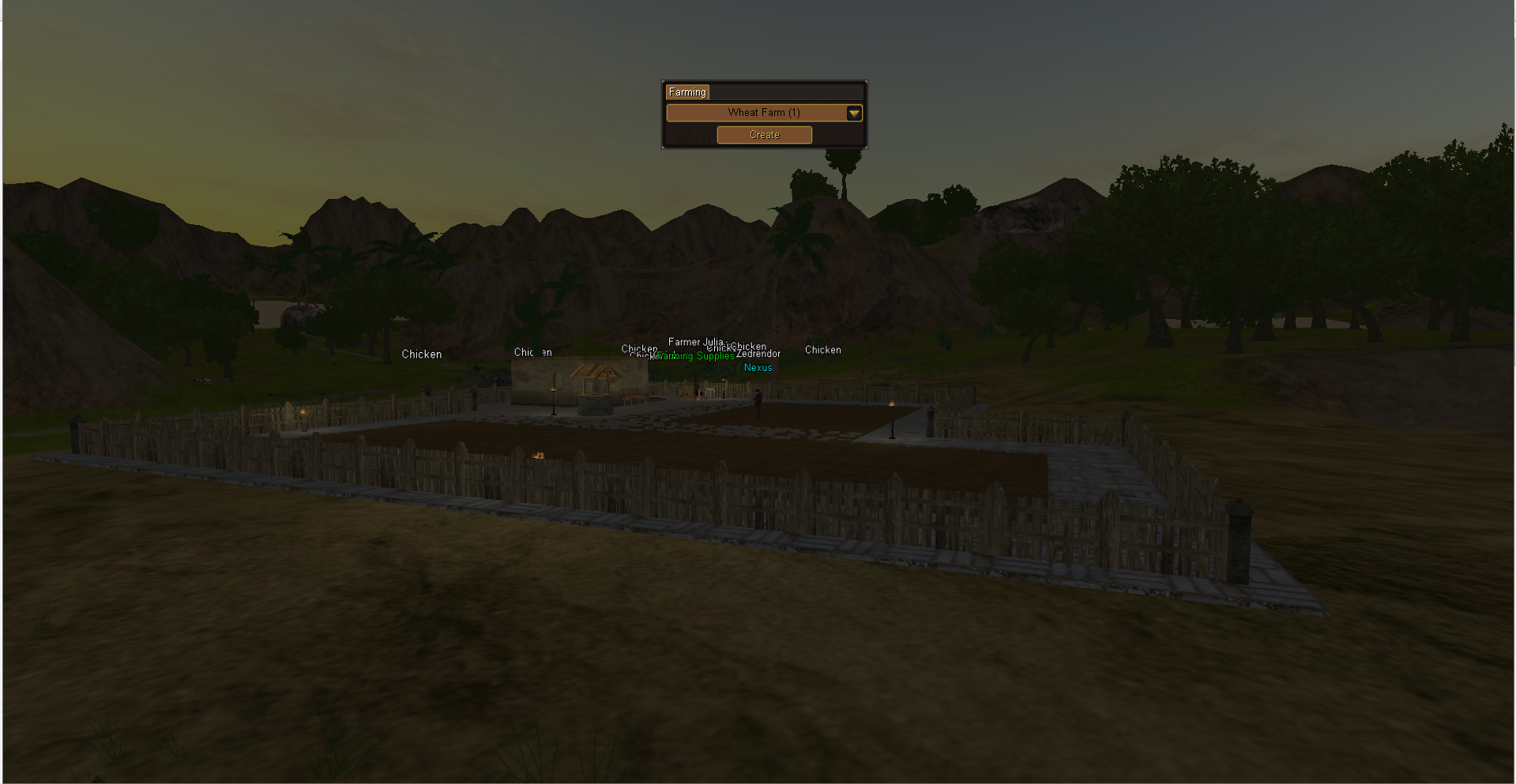 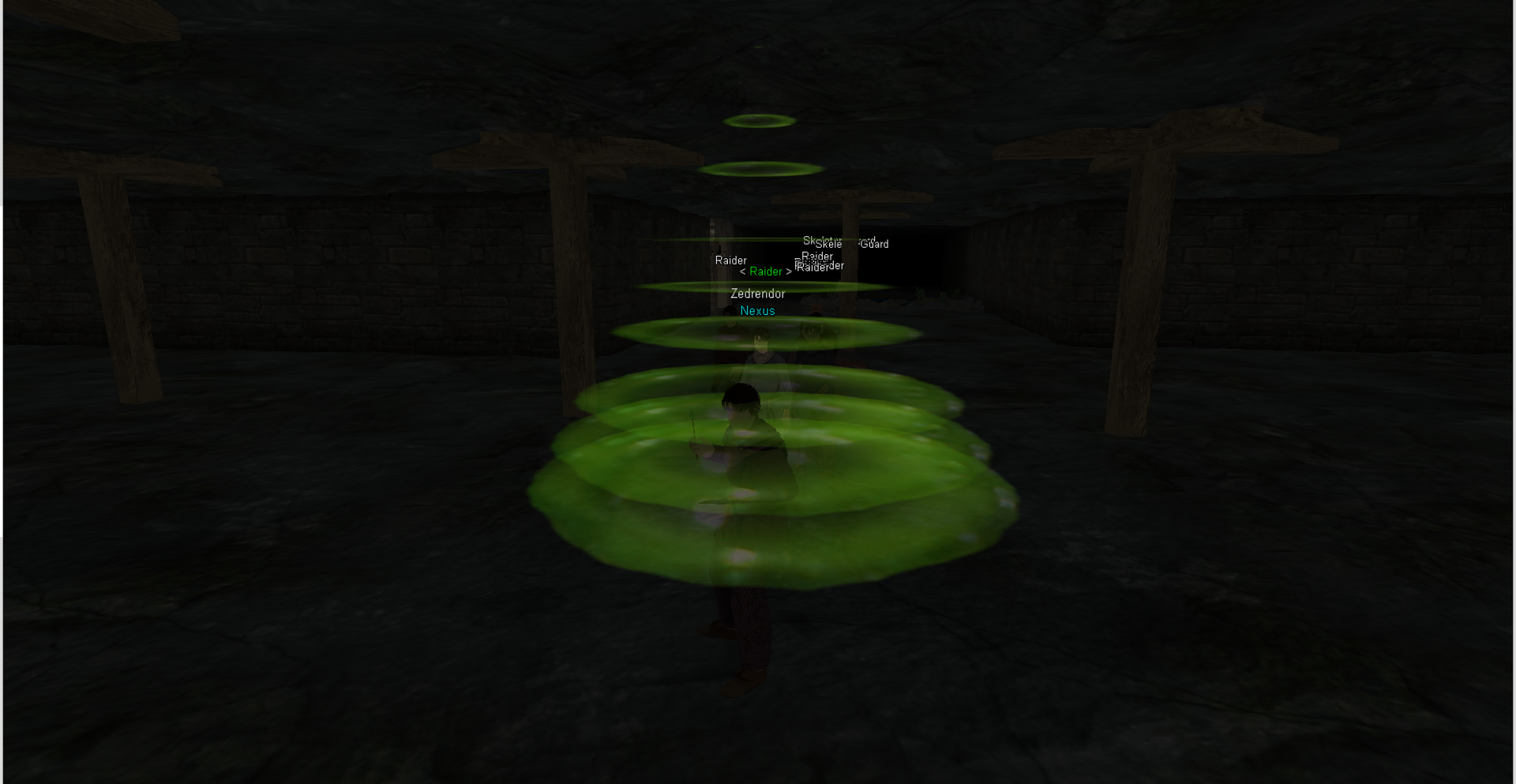 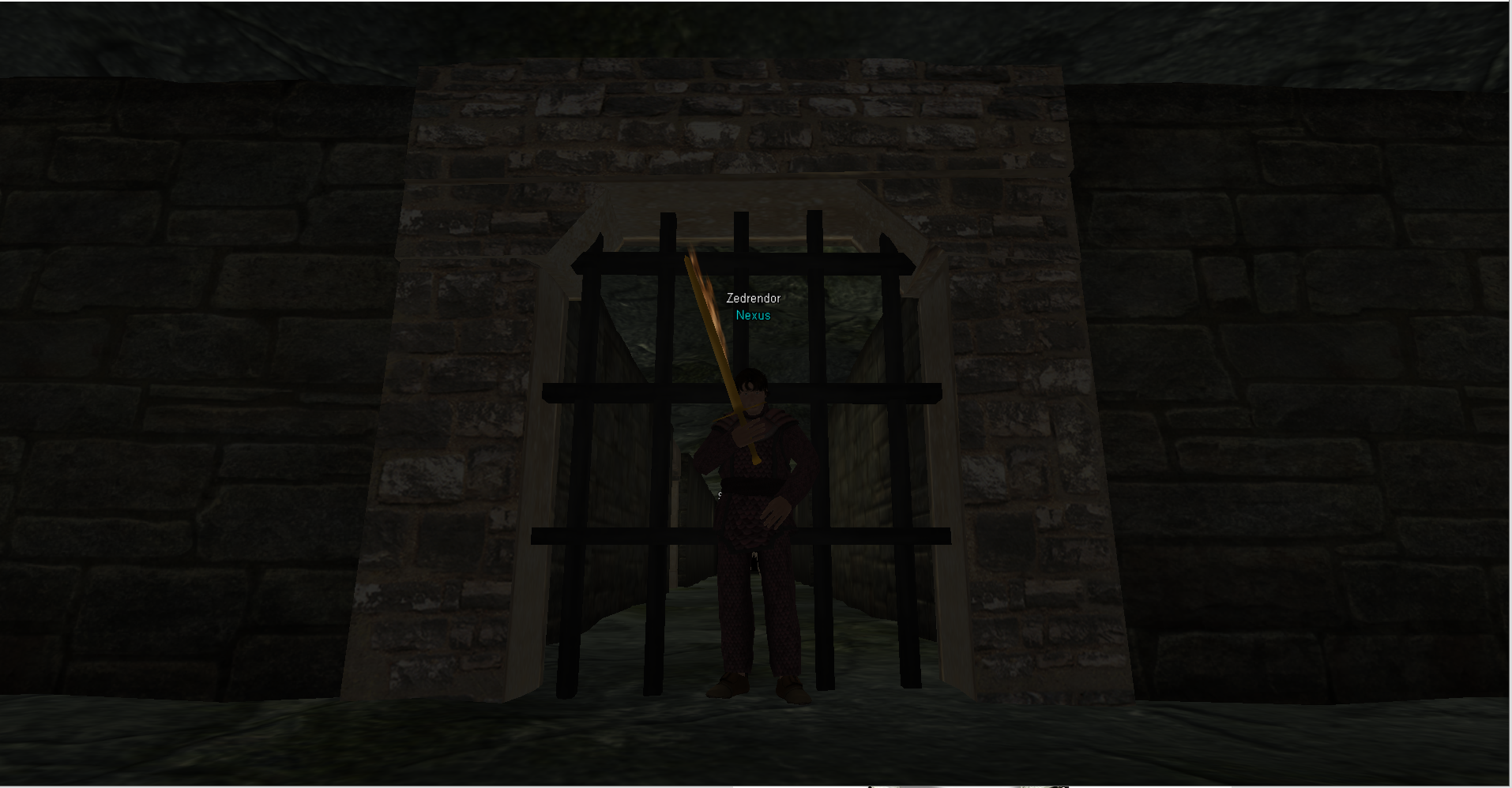 - Fixed bound items cannot be moved to shared chests, or taken from others chest.
- Chest decay will mail bound items to their owner before ownership is dropped.
- Changed the way houses are built. First, you need to create pavement (out of road blocks), then drop the house at the middle of 3x3/5x5 area.
- Right click on houses will open control window where upgrade options will show. (rotate, door, delete)
- Added new road blocks to test ideas on city building.
- Changed even more texture materials to have normal maps.
- Added quest name sorting for journal, changed also to left aligned from center.
- Daily/repeatable quests will show up under history tab when completed and on timeout.
- Fixed normal maps on FUSE characters (added proper tangent vectors).
- Fixed moving items from backpack to busy containers locations. Warning is given and destination item will be unlocked.
- Right click on planted trees will indicate growth stages.
- Fixed facility interaction ranges for mines.
- Added clear indication to planted trees to check whether they reached final growth stages. Click on the tree without axe equipped to assess them.
- Spells in spell book can be swapped instead requiring to move them to empty slots first. This works across book pages.
- Added new limestone nodes which when mined produce pyramid building blocks. They are more common around 6-7 levels deeper in the yellow+ survey areas.
- Changed no-drop/no-trade flags to 'bind on acquire'.
- added craftable well room for your dungeon
- added alive poll to reliable detect client side connection loss
- added new pyramid stones
- Invasion base level starts around average player level.
- Raiding zombies and skeletons should have their purse filled now.
- Added new mesh/animation to Sifter Machine.
- Added new item types to mining, which will be used in sifter machine to refine them.
- Added "Strange Rock" to mining. This item may contain many different items.
- Implemented Sifter Machine which is able to process dirt&stones according to wiki.
- Added coloring to quests to mark them completed (green) or (yellow) for the daily repeatable ones.
- Changed daily quest timers to 16 hours from 23 hours. This gives the player 8 hours time to work on the quests.
- Changed daily quest should reward experience based on player levels. Roughly 10 daily quest will give XP for a single level.
- Added "Keep Door Closed" flag for player door modules. The caretaker will try to visit these doors and close them.

- Invaders now damage your Vault's power first. Once the power level drops to 0%, the raid ends with an announcement on how many raiders killed.
- Changed several recipes to require only single bucket of water.
- Changed the way tooltips are handled.
- Added tooltip to chat messages. Position your mouse to the start of the chat lines to get time information.
- Type /invasion to trigger Vault raids.
- Fixed a bug causing keyboard input to fail at low fps situations.
- Fixed a bug causing Guardians to not detect Vaults.
- Changed power requirement for upgraded Guardians.
- Traps will be consuming Vault power based on their upgrade levels.
- Guardians will spawn when Vault power level is not zero.
- Removing Vaults should return invested money.
- Vaults must be improved to 100% before upgrading them.
- Added new Vault control panel.
- Power drain is calculated for your dungeon rooms. Vault power capacity and regen rate is also working.
- Vaults can be upgraded now. There are 10 upgrade levels. Be warned, control + right click on valut won't return invested upgrade money yet!
- Mine guardians shall require operational Vault to spawn.
- Fixed client side bug causing not to refresh object information panels.
- Added feature to use closest warehouse possible when storing items to them.
- Added switch for player warehouse to mark them as factory output.
- Fixed a bug causing not to drop Lady of the forest update.
- Fixed objects not appearing after dropped to ground bug.
- Added craftable torches for your dungeon. Drop them to ground to install.
- Fixed rare crash bug when crafting an item could clear your picked up ingredient in hand.
- Added 4 new ceiling only type. 1x1 and 2x2 rock and wooden.
- Added Alchemy Lab (also scribe and enchanting for now).
- Changed Meshed Bones recipe to accept more commonly available bones with increased yield.
- Fixed a bug with factories producing additional wares on certain occasions.
- Libraries will apply "Quiet Study" to players with read access to the object.
- "Quiet Study" effect increases study progress and experience by 25%.
- Libraries can be searched once a week now. Players with access to the object will receive a random book to their indentify slot and the Mythology mini-game starts automatically.
- Added new craftable library room.
- Added new craftable workbench room for carpentry, fletching, leatherworking and woodworking.
- Removed blueprint water requirements for manufacturing. The Factory will supply water to recipes.
- Added new craftable massive workbench room for your dungeons.
- Fixed several stack-able items to drop single instance only.
- Fixed Marble Pillar not to rot after zone sleep.
- Changed arrowhead recipe to produce 10 instead 2.
- Upgraded to latest Ogre Engine 1.9.0
- Added new feature to set timeouts for repeatable quests.
- Changed the existing repeatable quests to have 1 hour timer on them.
- Added new magic items to low level bosses.
- Added new thorn leather armor set for low level characters. Sold at guards.
- Modified existing starter armor.
- Fixed caster/melee jewelry stats.
- Added Evade skill.
- Fixed low level Tin/Copper jewelry defense values, and high level Diamond tank set (T6).
- Fixed a bug in new Attack Rate table generator. It was producing twice as high fatal hit chance as it should have.
- Added new missions.
- Fixed mission history recorder.
- Fixed potential crash when selecting mission index.
- Updated credits page.
- Enabled forage and fishing area quality calculations. Working the same area reduces it's quality, which gets restored over time.
- Added warehouses to Bria and Vimes. They will sell and buy foraged ingredients.
- Changed Banana to be edible ingredient.
- Sunny and Anna received new stock items as well.

The upgraded player models have been patched in to our live server.

We are going to use Fuse to create better looking characters and monsters.

Version 1.54 - Press the update button to get patching started. You may create game account from the game lobby, or through our web site. Enjoy your stay...

ever thought of moving to unity?

How do I start a house? and where!?

I can't seem to figure out how to fish.... equip the pole, right click water, then... right click when you see a fish? Left click? Some other button?

This is a vast and immersive game world that never gets old. I have been playing for a few months now and I'm still having fun.

Thanks! We are doing our best to keep our players happy :)

Please use the updated version of the game Launcher 1.53

Thanks everyone for contacting us regarding music composing!

We stop accepting new applications for now, but feel free to check and follow up the development on our forums.