"Machines at War 3 is all about the action, and the game coats it in an engaging 21-mission campaign with unique objectives." - Mac|Life

You investigate a secluded military lab and find something horribly wrong! All of the scientists are missing and the facility is ransacked. Years of research and top secret classified experiments are no where to be found.

The missing scientists, known as the Omicron Initiative, are responsible for developing new technologies. The only clue to their disappearance is a mysterious text message reading "we were forced to do it". The team's disappearance threatens the secrecy of it's research, which could potentially put your country into a chaotic panic. Now there's only one person who can rescue the Omicron Initiative and protect its secret technology from falling into the wrong hands. In 21 missions you'll race across the world to find out who, or what, is responsible for the team's disappearance. You'll lead a powerful army ranging from infantry and ships to giant mega units.

After honing your skills in the campaign, test your meddle in online multiplayer against up to three other recruits, or play multiplayer offline against AI opponents. Randomly generated maps and adjustable options ensure every game is unique. Want to play with only ground units? Make the victory condition the death of a specific unit? The options are limitless!

It's time to arm up and get in the war!

COMING TO ANDROID SOME DAY, JOIN OUR NEWSLETTER TO BE NOTIFIED

Isotope 244 is pleased to announce that Machines at War 3 v3.1 is released for macOS. The update includes 64 bit code, a new unit, new features, and bug fixes. This real time strategy game features over 130 different types of units and technologies to build and wage war with. The game boasts 21 campaign missions, unlimited random map skirmishes with many settings, and network multiplayer to challenge friends. 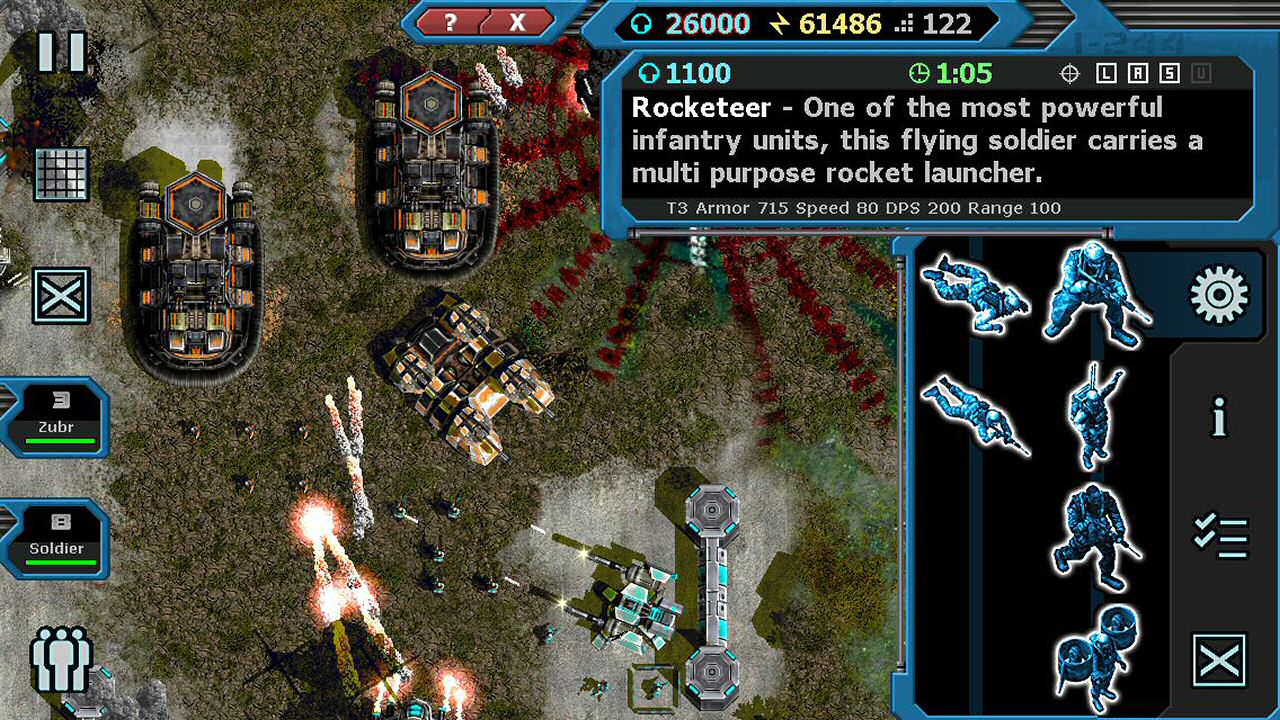 "The best RTS game available on iOS." - MobileTechReview
"Machines at War 3 has a variety unmatched by other RTS titles." - Nizulo
"The randomly generated maps mean that the experience is new each and every time." - Daily Joypad

v3.0 Released for iOS and Android

Isotope 244 is pleased to announce that Machines at War 3 v3.0 is released for iOS, Android, and Kindle. The update includes new features, support for...

Machines at War 3 Released for Android

Machines at War 3 Released on Steam

Machines at War 3 is now available via Steam. The RTS features over 130 units and technologies to build, a full campaign, multiplayer, and random maps...

Machines at War 3 for Mac

Machines at War 3 is a real time strategy game featuring a 21 mission campaign, online multiplayer, and random map skirmishes. You play as a commander...

Machines at War 3 is a real time strategy game featuring a 21 mission campaign, online multiplayer, and random map skirmishes. You play as a commander...

is this a pc or a touchscreen game.

Both, the game was first release for PC and was in beta for several months, after the PC release the iOS version was released. I hope to release Android version in the future, join my mailing list if you'd like to be notified.

There are soooo many great games on here that either aren't finished, aren't making any progress for years at a time or they're dead. This game looks awesome and I'm glad it came through Good work, keep it going, can't wait to play it!