We would like to present you our Action Mobile RPG game: Lonely Bunny. Inspired by some of our favorite games, such as Diablo, Elder Scrolls, and Shadow of the Colossus. We have incorporated versions of their gameplay into Lonely Bunny. It's a fast-paced mobile game with lots of action, inventory, and new gameplay that will appeal to casual and hardcore RPG gamers. There are over 100 individual designed weapons and armors to create a fresh feel and different challenge every time you play. We emphasized a quality and quantity approach to combat. There are countless enemies for you to slay easily Diablo-style and a number of colossal type bosses that require thinking and strategy that is reminiscent to fans of Shadow of the Colossus.

A Lonely Bunny RPG version 1.2 was approved today. That is our second major content update in one month. We worked fast to address gamers concerns and add more gameplay and content to the world of Lonely Bunny.

Now accompanying the awesome combat features we added story elements for the RPG romantics found on the bodies of the spectators of the what and why the protagonist does what he does.

"From the journal of val,
-Merchant

I saw the warrior and his companion meet thousands of gremlins and skeletons near the town of Abyss. The warrior possessed mythical skills and keen senses as he slammed steel on his enemies. Yet, as the four great flying beasts reinforced, I sensed that the lands of Veil will see chaos like it has never seen before.

The most noticeable upgrade in this update was 4 new fighting styles and weapons that will give players many different options towards combat. The ranged fighting style, personally is my favorite as some of the combos are very surprising and comical. 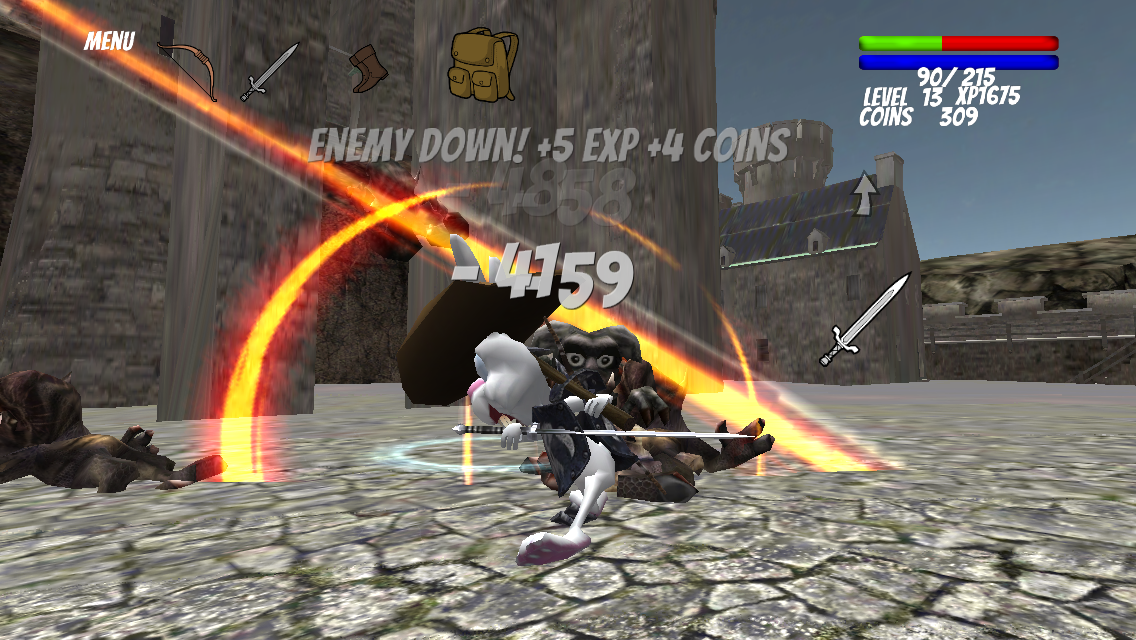 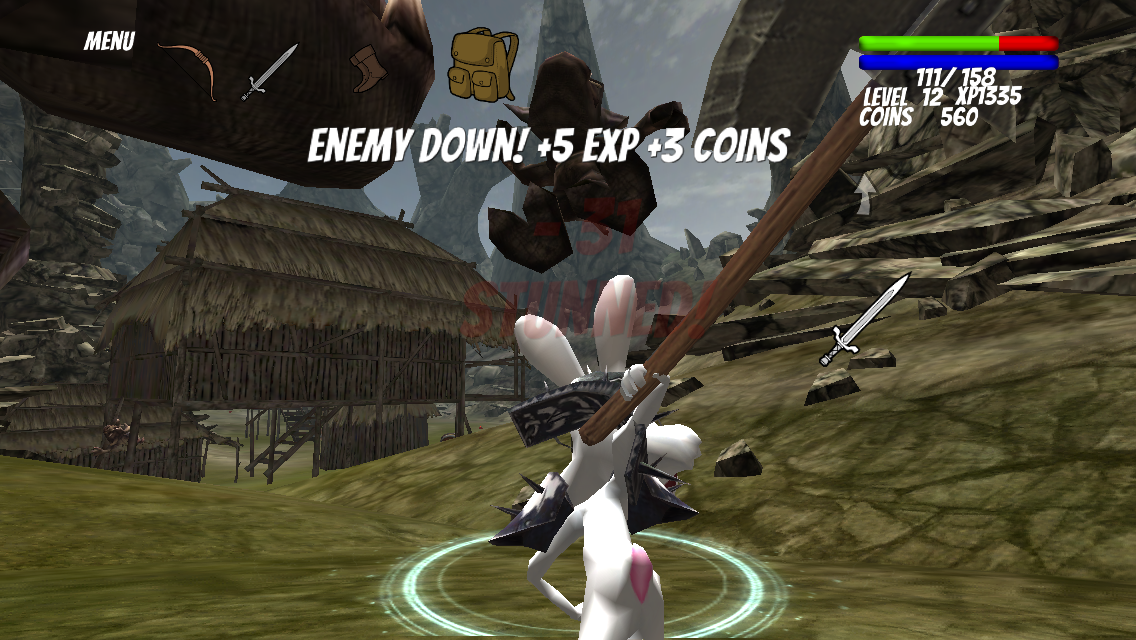 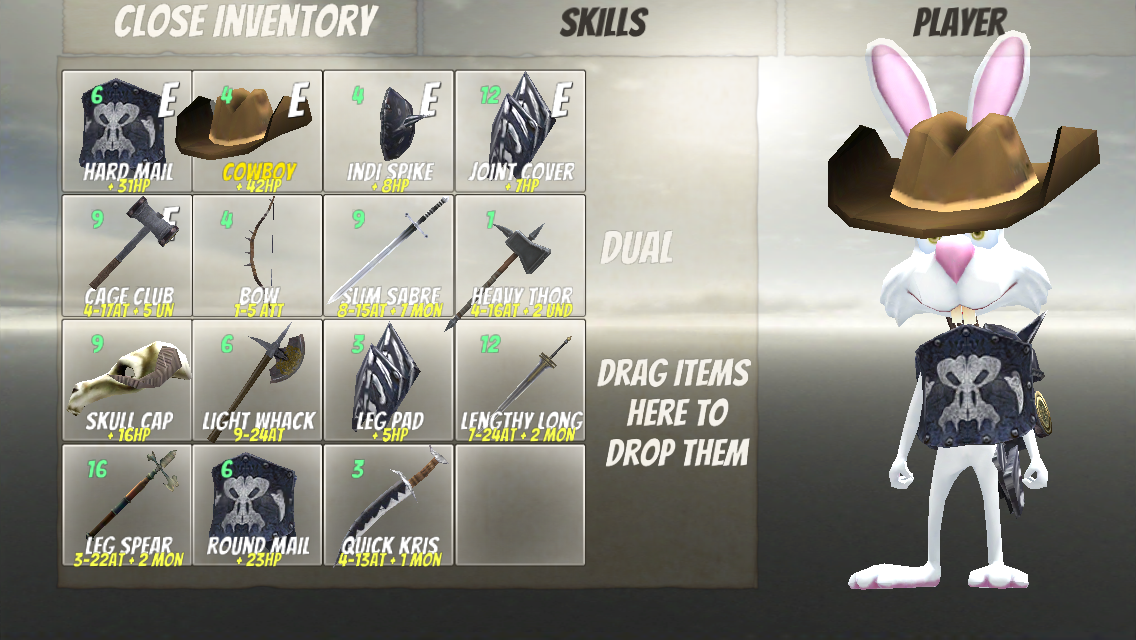 We have two more likely updates before we bring Lonely Bunny RPG to a close. We will continue to support bug fixes and device upgrades after the final update. Then we are going to have an android build, and use various channels to bring Lonely Bunny to PC/Mac.

The next update simply is going to consist of GameCenter where you can post total kills and the distances that you special combo the enemy. Some of the enemies that you combo go flying great distances and we thought it added a nice twist showing the player how far they kicked an enemy.

The final update is going to consist of around 5-10 more levels, more weapons, 1-2 more fighting styles, and some story closure. We felt more levels were needed so your character had the chance to grow more powerful so you can combine all the fighting styles that you wanted.

Not yet in the game, a big town. Essential for more questing and developing the story. A ton of work left to make this town live and vibrant. If you haven't tried Lonely Bunny RPG yet, your missing out! Get it here:

We have received a number of "wow!" responses. We went with something original and new for the app store instead of miniaturizing Skyrim or adding to the endless list of clones. And we are very happy with that decision.

Thanks again for all the support and great ideas! Let us know what else you want to see.

If you have any comments, improvement ideas, bug issues or gameplay related issues, please don't hesitate to contact us here or at support@forcequitapplications.com.

Lonely Bunny RPG has been released today on Itunes! January 22, 2014.

Linus Demo Build. 2 levels. Untested. Adjust Resolution in the beginning to best fit your screen. Please contact us for suggestions/issues. I might have...

Windows 86 Demo Build. 2 levels. Unzip run exe. Please contact us for suggestions/issues. I might have to add some graphic settings if there are issues.

Mac Basic Demo Build. 2 levels. Unzip. Please contact us for suggestions/issues. I might have to add some graphic settings if there are issues. Movement...