Legionwood: Tale of the Two Swords

You can now support this game by joining the Dark Gaia Studios Facebook page at Facebook.com

In production since 2007, Legionwood: Tale of the Two Swords is a freeware epic length traditional role playing game created in RPG Maker VX which was completed in late 2010. It attempts to capture the feel and gameplay of the RPGs of the early 90s such as Final Fantasy IV and Breath Of Fire. A sequel is currently being developed for commercial release.

The world has been at peace since the Great War ended 1000 years ago. Now, an ancient antagonist is ready to set in motion a plan that has been in the making for centuries. Take control of Lann Northshire, an ordinary peasant who is unwillingly thrown into a conflict that will soon engulf the entire world. The fate of Legionwood hangs in the balance. Will you be able to restore peace to the land?

Thanks for voting and helping Legionwood: Tale of the Two Swords on it's quest to become the 2022 Indie of the Year. You are now in with a chance to score some free games. Help this game secure more votes by embedding the widget (or link) we have included below on your favorite sites.

Wow, talk about not meeting deadlines, right? Some of you might remember that I annouced a Legionwood expansion pack, way back in late 2010. Although it ultimately ended up being cancelled due to hard drive failure, I managed to recover some of its assets a few months ago and, rather than doing the logical lazy thing and recycling them for Legionwood 2, I decided to piece them together and release the resulting mess.

So then, this is the Legionwood expansion I promised all those years ago but never actually delivered? Well, not really. But it's still a pretty cool addition to the Legionwood world.

Legionwood: Mysteries of Dynastland is an expansion pack/DLC for Legionwood: Tale of the Two Swords. Featuring a huge new story dungeon set in the midst of the game's chaotic fourth act, as well as a considerable number of all new optional endgame quests, a revised final dungeon and over a dozen new Techs to learn, it expands the original game's playtime by at least three hours and adds several long awaited features to game, including a graphical world map and quest journal.

The main addition in Mysteries of Dynastland is the titular Dynastland dungeon, which takes place between the Sealed Library and Lost City Crebt areas in Chapter 4. This sprawling dungeon crawl is filled with new enemies, puzzles and challenges to test your skills against, and also reveals the never-before-seen backstory of Zanthus and his long lost homeland as your party searches for the mythical Purity Crystal, an ancient Precursor artifact rumoured to be able to manipulate time itself.

Other notable additions to the game include 12 brand new Techs, including unique Techs exclusive to certain characters, a new set of powerful Dynastland equipment, a late-game "scavenger hunt" quest that will take you to the furthest corners of the world, a complete overhaul and rebalancing of all late game content and an expanded final dungeon with a new, harder version of Castoth to fight -- in both the normal and "true" varieties. Overall, it pretty much turns the final act of Legionwood into a completely new game, which was one of my main goals as I was always rather unhappy with how rushed that part of the game turned out.

Anyway, if you're itching for some new adventures, you can grab the DLC here. Simply point the installer to your Legionwood directory and extract, overwriting files when prompted. In order to experience the new content at the appropriate difficulty level, I recommend either starting a new game or loading a game that was saved before the Sealed Library, though most of the new content except for the Quest Journal can still be accessed otherwise.

Check out these screenshots to see some of the new locations in the game: 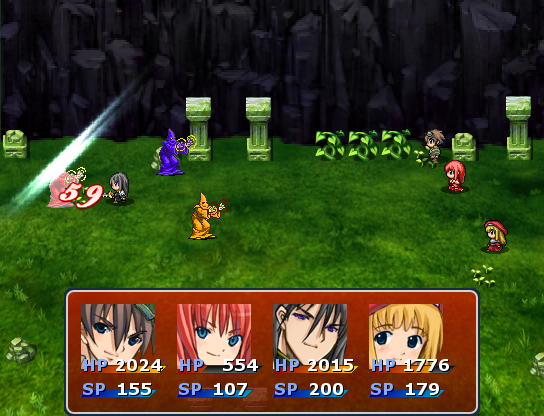 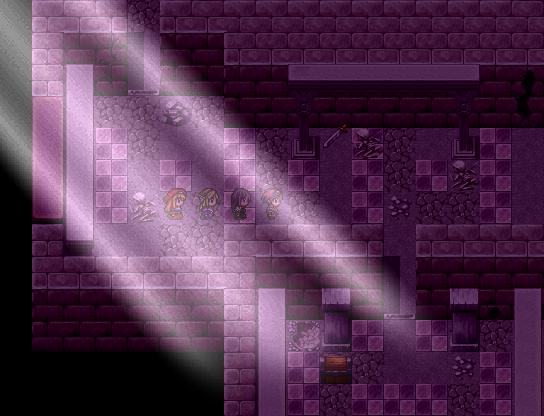 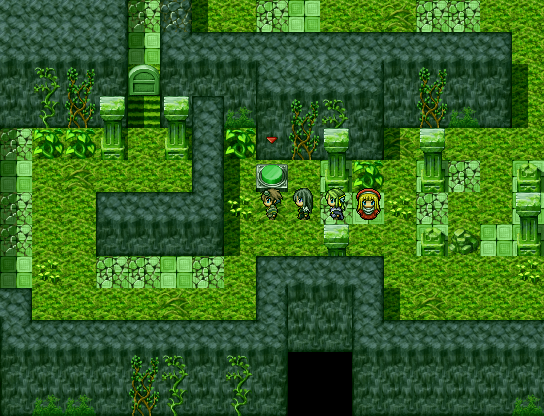 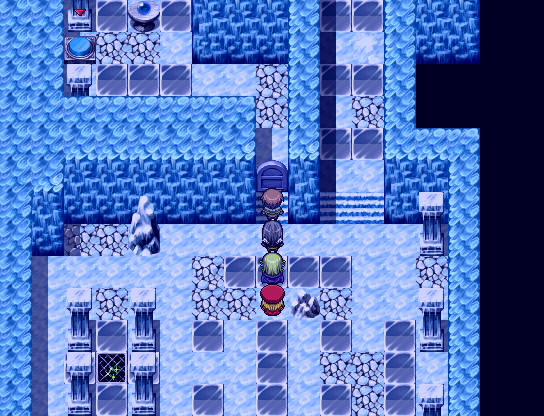 And with that, I'm off to work on Legionwood 2 again. Happy adventuring! :)

Legionwood: Tale of the Two Swords is now available on Mac!

Legionwood: Tale of the Two Swords Released on Desura

The definitive version of Legionwood, the Final Edition has finally been released. This new build adds a completely rewritten script and extra dungeons...

This is a patch that will update the Audio Fix to version 1.11 by replacing 49 files. The Audio Fix is a package of Legionwood: Tale of the Two Swords...

This is a package of Legionwood: Tale of the Two Swords' original audio with the volume turned down. Yup, that's it. The volume of every single audio...

The completed version of Legionwood, playable from start to finish and including all neccesary files and RPG Maker VX RTP required to run it. Comes in...

Here is a link to the Audio Fix: Moddb.com

Here's a link to Legionwood: The Definitive Edition (2016): Store.steampowered.com. It does not require the audiofix, only the (not so) Final Edition does.

Did the new update add the DLC? I'm still pretty early in the game and not sure how to tell if it's been added.

Strange I cant beat Lich he jst doesnt die, tried to check is life it says 0 o.o Im stuck there.

Haven't played game yet, but have seen bosses like that before, is there any way to use a healing item or spell on him? I mean in some games those damage or kill undead

You have to find his Phylactery and destroy it before fighting him -- as is explained in the diary in his study.

Heh. I'm making a game using VX - Ace, but I'm no manga artist, so I can't have the fancy cutscenes xD looks like a cool game, so I'm gonna give it a try.

In my opinion, VXAce is a much better engine compared to the one this game was made in. It's so much easier to use and has quite a bit more versatility. Legionwood 2 is being developed in VXAce, and it's been easy to add in new features that were impossible in the first game :)

When do we get to save the game? Or are we just supposed to keep it open forever? Because I'm working on a youtube series for this, and I'd like to be able to exit the game without having to restart. I've made it to the part where we get the beast book. Will I be able to restart soon?

You can save by finding a Save Crystal, the first of which may be found in the game's first dungeon. Otherwise, you can save in the starting town by sleeping in your house.

Even though I haven't played RPG games in a while, I have to say this is one of the best ones I've played so far! The plot is great so far, and the option to name your characters is cool! Great music, and the game also revives the old RPG genre. Overral, a great game! Good job!, once again, you did well!

Legionwood 2: Rise of the Eternal's Realm Role Playing
Tags
Embed Buttons
Link to Legionwood: Tale of the Two Swords by selecting a button and using the embed code provided more...