Create your own kingdom, forge alliances and destroy your enemies as you see fit in your quest to become the greatest lord of Avalon. As the lord of your people, whether you fight for freedom or become a tyrant, the choice is yours to make in this fantasy medieval MMO RTS. Kingdom of Knights will be launching as a Castle Building RTS MMO aimed at users building up their Kingdoms to take on the wrath of their neighbors. Let there be no quarter. Forge alliances, wage war and diplomacy as you see fit. Let their be no quarter. 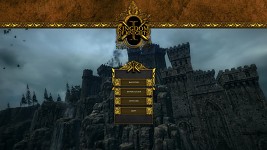 Kingdom Of Knights has launched its kickstarter program. This ambitious castle-building MMORTS is seeking to make the final push towards a 2013 release! The kickstarter program will be offering exclusive in-game rewards such as banners/flags for supporters, digital paintings, beta access and in-game store credit.

You can find it here.

Created by Animus Interactive and self-published, Kingdom Of Knights plans to offer a unique mixture of siege warfare, castle-building, skirmishes and all out warfare between the emerging Knights of Avalon. You can still find the early access registration on the website here, simply click on registration to enlist.

In anticipation of the kickstarter launch, we have also unveiled our new website! Which we hope will entice more people to join the early access program.Kingdom Of Knights will be launching as a free to play title, making use of an in game model of purchase that will allow players to buy aesthetics such as banners for their castle and army and different unit types to use in battle.

We are also very pleased to announce that we have passed the 10,000 likes mark on our facebook page! As Kingdom Of Knights continues to grow we are incredibly grateful to our fans for spreading the word and we cannot thank our community enough for helping us to grow as we approach this critical time in the development phase.Recently, our founder also spoke to RTSGuru about the game and the dream behind the title.

If you would like an opportunity to speak with the team, you can get in touch with us on twitter, facebook or directly at klupo@animusinteractive.com We would love to hear from you!For more information please
visit Kingdomofknights.com or Animusinteractive.com

About Animus Interactive:
Animus Interactive stems from the Latin word animus, which when translated turns into soul, spirit, mind; (plural) high spirits, pride, courage. Our core focus has been a multitude of web technologies and services catering to those technologies. We are located in NY and our company is taking the last twelve years of experience we have working with these technologies to create our first major title, Kingdoms Of Knights. This is to be our companies flagship title and entry to the world of video-game creation.

Registration to the Early Access program for Kingdom Of Knights has opened. Sign up now for your chance to be one of the first Lords of Avalon.

Twitter
Tags
Embed Buttons
Link to Kingdom of Knights by selecting a button and using the embed code provided more...