A funny actionpacked take on battle royale using destruction physics and toys as kids in many costumes fight to be the last one standing and king of the playground.

While this is another battle royale game it's an original idea that came to me from a combination of the Kindergarten game from SmashGames and the game Who's your daddy. The idea is a mix of humour and cartoon violence which I hope to add destruction physics to the mix for a funny game of playground mayhem.

So far the UI and terrain are done, at the moment I have characters as a placeholder and plan to create an entirely new set of playable characters of different costumes to select.

As mentioned the terrain is set up but now I need to create the main kindergarten building and roads with other buildings nearby to spread out the playable area across the terrain. 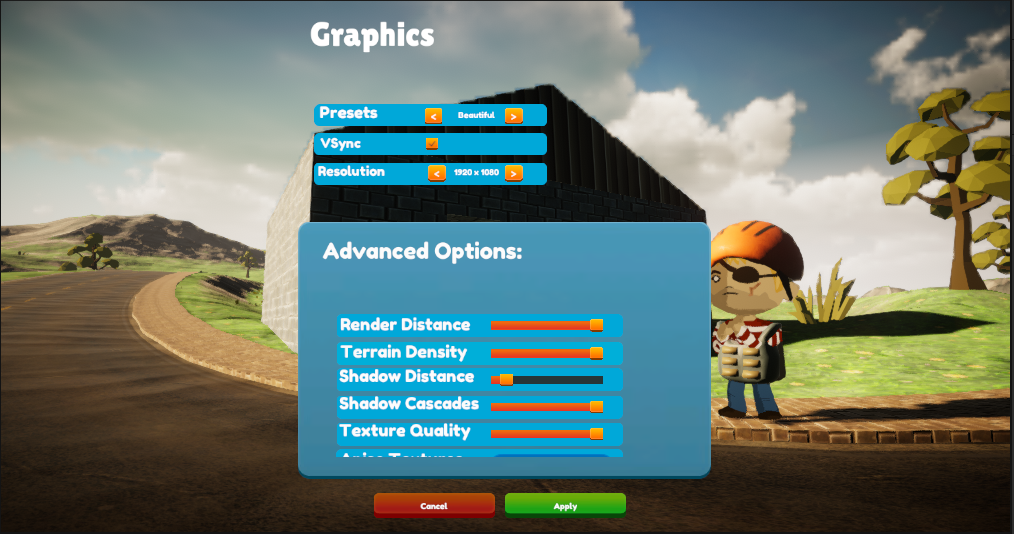