Kelvin and the Infamous Machine

After a lifetime of research, the eccentric Dr. Edwin Lupin finally unlocks the secrets of time travel. With the help of his assistants Lise and Kelvin, Lupin constructs the world’s first functioning time machine. Which, for complicated science reasons, looks exactly like a portable shower. 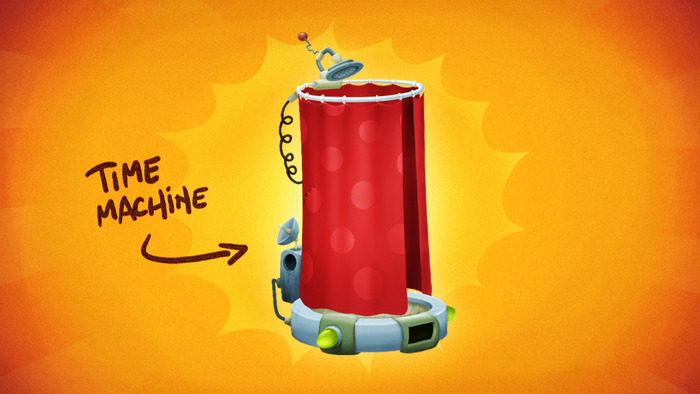 The scientific community completely ignores the significance of Lupin’s invention, instead dubbing it the “Infamous Machine” because of its ridiculous appearance. Driven to madness by this insult, Lupin launches himself into the past, bent on stealing credit for humanity’s greatest works. 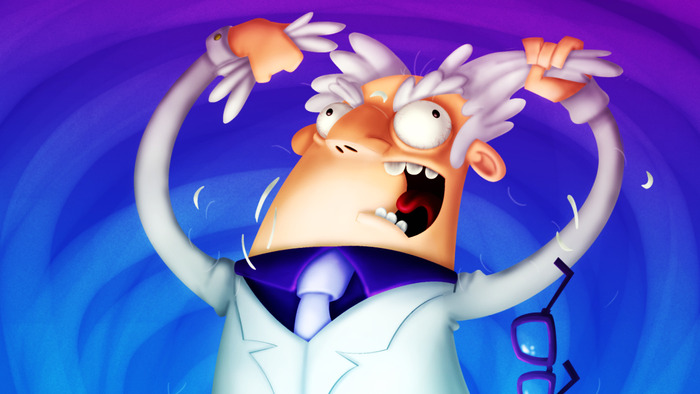 Can the bumbling Kelvin, driven by a basic understanding of right and wrong, repair the unraveling timeline? Or will he totally blow it and doom the universe to oblivion?

Inspire works of genius! - Even history’s greatest thinkers were stumped at one point or another. Be the special sauce on their cheeseburger of INVENTION!
Solve brain-melting puzzles! - What point-and-click adventure would be complete without confoundingly roundabout solutions to straightforward problems?
Engage in droll conversation! - Seriously, the dialog in this game might be the drollest you’ve ever read.
Delight in a unique art style! - Beautiful handmade drawings animated with fancy new technology give the game a charming and distinctive look.
Pay to win! - Just kidding.

Initially, the game will have three chapters, featuring Isaac Newton, Ludwig van Beethoven, and Leonardo Da Vinci. As we reach higher funding goals, we’ll add more chapters featuring more of history’s greatest minds. Here’s your chance to be there and inspire them all!

The day has finally arrived: Infamous Machine is officially RELEASED! You can now find the final version for PC, Mac and Linux on Steam and Humble.

We didn’t want to miss this chance to thank all of you again. None of this would have been possible without your support. Each one of you helped us take this game so much further than we'd ever imagined.

This polished version of the game looks, sounds, and feels incredible now that all of the pieces are together! The voice acting, for one, absolutely blew away our expectations. Just in case you didn’t have the chance to read the last update, the cast includes several amazing actors who are very familiar with the adventure game genre, including Erin Yvette (The Wolf Among Us, Tales from the Borderlands) and Brian Sommer (Sam & Max, Tales of Monkey Island). We hope those of you who have already played will agree that their performances are the perfect match for the wonderful script.

We’ve had nothing but positive reviews on Steam, which is fantastic! We’d love to hear even more comments from all of you. These comments not only help spread awareness of the game, but they also help us understand what made the game a special experience for you. This will help us make sure we carry that magic forward onto our next project. So, let us know what you think!

Now, what are you waiting for? Get out there and enjoy the game! And don’t forget to tell your friends! :D

Kelvin and the Infamous machine will officially release on PC, Mac, and Linux on Thursday, July 21st!

HUGE news: Infamous Machine will be available to the world via Steam Early Access on Tuesday, March 8!

the moment I laid my eyes on this I spammed that tracking button! :D

Indie
Twitter
Tags
Embed Buttons
Link to Kelvin and the Infamous Machine by selecting a button and using the embed code provided more...