"Journey to Hammerdale" is a puzzle-solving oriented adventure game with a large non-linear world and hand-crafted dungeons. It's like Zelda Link's Awakening, but only with puzles and without action elements. Game is aimed at a leisurely gameplay, exploration of entangled mazes and solving different puzzles. So, dungeons contain secret locations, forks, crossroads, implying non-linear walkthrough. 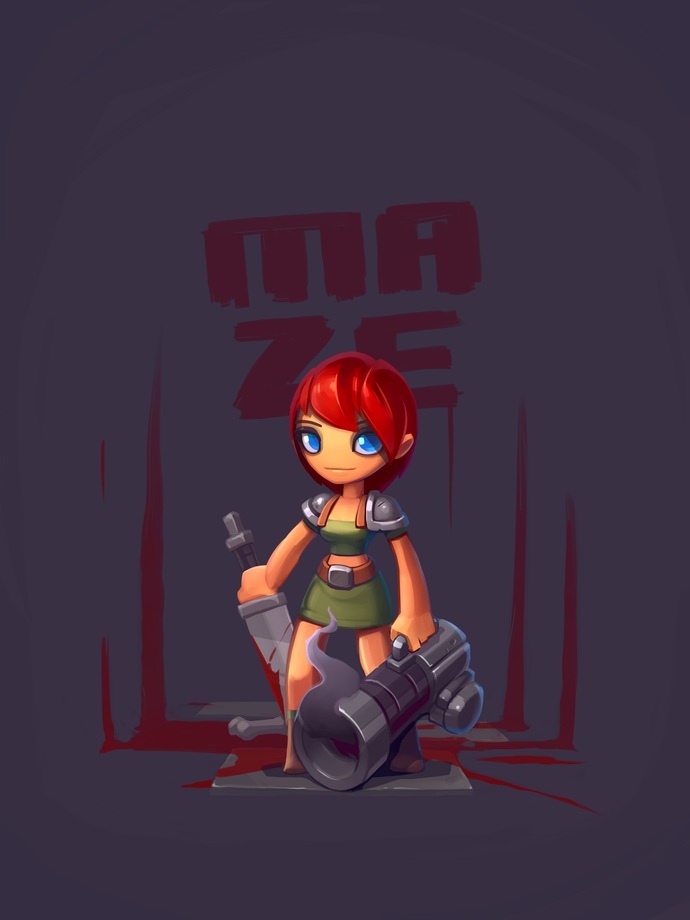 Engine
Game was completely rewritten by Alexander Kuzmenko using Haxe, OpenFL, HaxeFlixel and StablexUI to be able to run on a wide range of platforms and to speed up development.

We are moving forward really fast, and our primary target at this stage is flash platform. Actually we're going to create game series, and flash game will become the first chapter of the story.

You can check a shot of new version playground on this video.

On one hand, MAZE is a prequel to Journey to Hammerdale, on the other hand, we have decided to make things easy and give up of some feauteres, to concentrate on gameplay core, level\puzzles design and other important things. We are just indie team, only three people on whole game, so we have to do some tricks to get you try it as soon as possible. 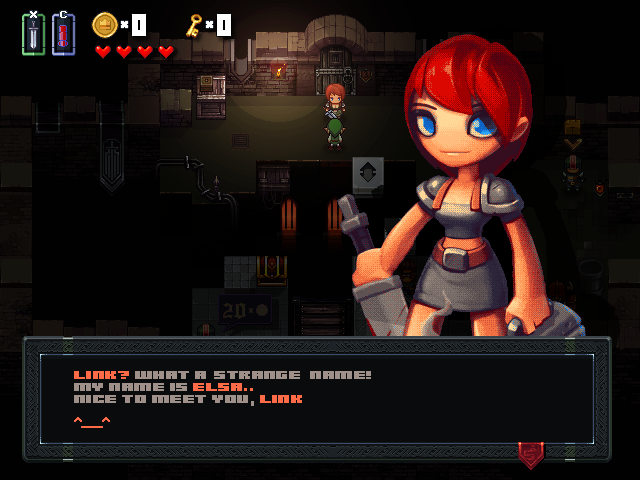 At this point MAZE is a puzzle-solving oriented adventure game with a large non-linear world and hand-crafted dungeons. It's like Zelda Link's Awakening, but only with puzles and without action elements.

Game is aimed at a leisurely gameplay, exploration of entangled mazes and solving different puzzles. So, dungeons contain secret locations, forks, crossroads, implying non-linear walkthrough.
Also action-scenes and enemies is allways are part of the puzzles and nothing more. 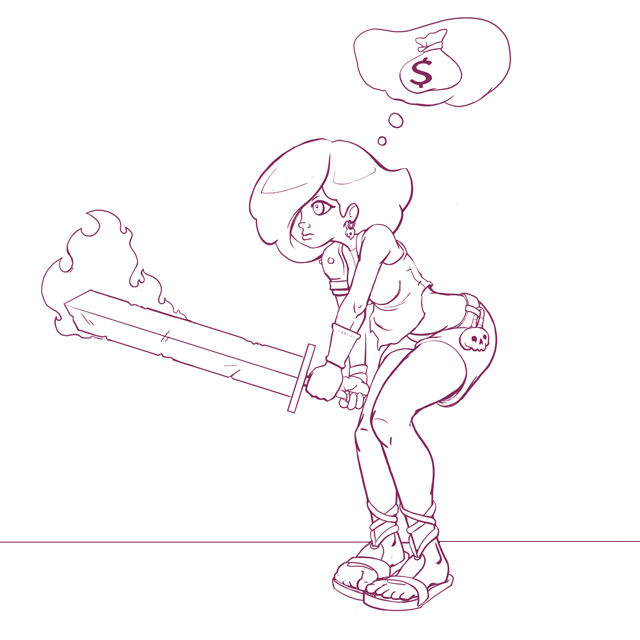 Each map in Maze has one key and 2-4 doors with 1-3 different types:

For example Elsa have a little of Health Points, the player have a choice - don't risk it and go into the usual door, but then he gets fewer coins. Or take a chance and break through the crowd of enemies and get a lot of coins. 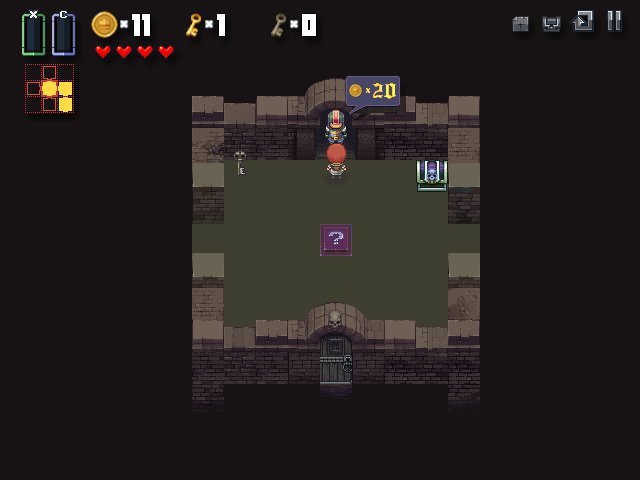 There is a third type of door - a guard who takes cover charge. Behind this guards placed a town where player can fill health of Elsa or shop where player can buy potions.
In other words there is a motive for the player to collect more of these coins and there is reason to think twice before spending a single key.

On the other hand, behind danger door with skull can be placed a branch of Maze leading to artifact ( artifacts are needed to complete the game, it's main quest ) or a dead end.
The player doesn't know it and and thus the choice between doors more dramatic for him.

I'm sorry for the lack of news! I've honestly just been too busy to write a substantial update.

Journey To Hammerdale Development is Start!

It says that the video is private =/ . How's the release coming at this game ? :)

Love the art! Is this going on handheld consoles or a game for PC?

Lookin sharp, this one goes on my watch :)

tile set/artwork remind me a bit of Beyond Oasis.. looking good! keep it up! good luck!

yeah, i remember this game with awesome music and atmosphere ^__^
thank you!

I'm loving the style of the artwork; no over-glossed artwork that seems to be so common among new games in the genre, just clean and modern. Looking forward to seeing more from this project. 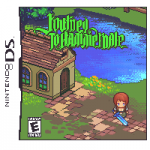 Tags
Embed Buttons
Link to Journey To Hammerdale by selecting a button and using the embed code provided more...

Might & Magic VIII: Day of the Destroyer Role Playing