Gigantic masses of Nuclearite clouds shatter the Earth's moon. The moon's fragments with radioactive Nuclearties fall to the Earth, causing the greatest catastrophe in its history. The catastrophe leads to dramatic changes of the Earth. The survivors begin to mutate due to the radioactive environment into something more... violent.

Configuration and Handy Tweaks for UDK

This article by Thomas Mooney, author of Unreal Development Kit Game Design Cookbook contains lessons in adjusting configuration, scripts, and even supplying additional actors and Kismet actions. Everything here is about altering the editor or gameplay settings to provision a customized playing experience:

(Over 100 recipes to accelerate the process of learning game design with UDK book and ebook.)

Groundwork for adjusting configuration defaults In this article we'll build up from simply changing some trivial configuration settings to orchestrating unique gaming experiences. To start out, we need to make clear how UDK configures content under the hood by introducing the layout and formatting for this kind of file. The experience in this recipe can be likened to savoring morsels of cake samples in a shop before committing to a purchase; while you're not actually changing major settings yet, the aim is to make some tasty observations so later the changes you make will come from informed decisions.

In your UDK installation, you have a folder called C:\UDK\~\UDKGame\Config and it is worthwhile to browse the files here and get to know them. Treat them like the faces of colleagues in a new company. It may take a while, but you'll eventually know all their names! You may want to make an alternative install of UDK before starting this article, to protect any content you've been working on. In these examples we're going to assume you are using ConTEXT, or a notepad alternative that highlights UnrealScript syntax, like those listed at Wiki.beyondunreal.com. The advantage with ConTEXT is that you have a history of recently opened files, and several concurrently open files can be arranged in tabs; also, you can view specific lines in the file in response to line error warnings from the UDK log, should they arise.

In ConTEXT, to display line numbers go to the Options | Environment Options menu then click on the Editor tab in the options dialog, tick on Line Numbers and press Apply.

What we looked at in this recipe were some formatting features that occur in every configuration file. In particular it is important to know that edits should be made while UDK is closed or they get scrubbed back out immediately. Also you will have noticed that the values we change reference UnrealScript classes from the C:\UDK\~\Development\Src\ folder, and reading through their layout can help you learn how the default content in UDK is made to work during gameplay.

There is a free version control system called Bazaar ( Bazaar.canonical.com) that integrates with Windows folders. What version control software does is keep track of changes you have made to files, protecting them through a history based backup that lets you review and revert changes to a previous state if needed. You can init a folder, then browse it, add content and commit changes to changed files with comments that help you track what's going on. Where needed you can review the change history and revert files to any previously committed state. Alternatives to Bazaar are the commercial tool Alienbrain Essentials for Artists, or the free repository TortoiseSVN. The utility of version control in the case of UDK development is to prevent unrecoverable problems when doing a script compile when changes haven't been tracked and therefore can't be restored without re-installing from scratch, and to allow assets to be overwritten with a history.

Enabling the remote control for game inspection This is a method for turning on an extra feature of UDK called the Remote Control that can be used to manipulate render nodes, inspect Actors, and evaluate performance.

The RemoteControl tool is external to the game window and is created using wxWindows. It is meant for use during PIE, for evaluation of performance. The Actors tab shows us a tree list of what is in the level, along with filters. You can access Actor Properties for an actor under the crosshairs using the icon [

What you see in this screenshot is the result of turning the memory statistics on within a scene and the frame rate indicator (FPS = frames per second) through the Rendering tab in the Stats section, as well as the display of bones used in the scene. In Remote Control , you can set the Game Resolution (or game window size) under Rendering | View Settings. In the next recipe, we'll look at how to do this in UDK's configuration.

Changing the Play in Editor view resolution This is a very short method for setting the view size for PIE sessions.

Removing the loading hints and similar articles Quickly getting rid of all the peripheral text and imagery that wraps around a given level, especially in console mode, is not easy. A few options exist for removing the more distracting elements such as splash screens and menus. You may want to do this if you wish to show your work without any artwork made by someone else getting in the way of your own. One method is called destructive editing, where your delete or blank out assets at the source, and this isn't as safe as it is quick. Instead you can provide your own menus, splash, and UI by extending on the classes that call up the default ones.

Editing DefaultEngineUDK to allow 4096x4096 texture compression This is a method for enabling UDK to use textures larger than its default limit. Conventional wisdom says that game textures should be highly optimized, but large resolution artwork is always enticing for many designers, and computers are getting better all the time. Performance issues aside, it's a good goal to push the graphic envelope and larger textures allow detail to hold up better on close inspection.

We've provided one really large texture that is 4096x4096 that you may find convenient, intended for use as a Skydome. If you are going to use a large texture it would most likely be on a very important model like a key character always close to the camera or else of a very large model which is always visible, such as a Skydome, or Skybox. A simple tutorial for making a Skybox is at Worldofleveldesign.com but this recipe assumes the use of a provided one.

Setting the preview player size reference object In UDK versions greater than April 2011, pressing the key \ in the editor Perspective view will show a mesh that represents the player height. By default this is just a cube. The mesh to display can be set in the configuration file UDKEditorUserSettings.INI and we'll look at how to adjust this. This is to help designers maintain proper level metrics. You'll be able to gauge how tall and wide to make doors so there's sufficient space for the player to move through without getting stuck.

Back up C:\UDK\~\UDKGame\Config\UDKEditorUserSettings.INI then open it in ConTEXT with UDK closed.

Eventually you'll opt to use your own StaticMesh.


Binding a keyboard shortcut to a player action It is relatively easy to reassign an existing action to a different keystroke in the files UDKInput.INI or DefaultInput.INI . It is somewhat harder to create a unique action. In this recipe we will be making the O key toggle a burst of light which lasts as long as you hold the key, then fades back out. I've chosen the letter O just because this key isn't defined by default in the UDK configuration. What this could be used for is triggering a flash light or lantern carried by the player, or illuminating the scene when casting spells.

The scene we'll use has a dark ambiance, Packt_06_KeyChange_Start.UDK .

The next screenshot is the result (when we've reached our goal) of flashing a bright light in the room:

The Kismet part—making the light ramp 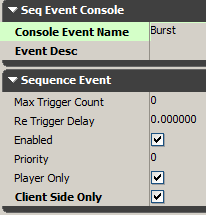 Adjusting player speed A good place to start getting to know the internal variables for the player is the web page Wiki.beyondunreal.com.

This page doesn't show you how to change values at our disposal but it can help elucidate ways a pawn can work.

One important variable to set for characters is how fast they move, particularly if their speed has to vary in different situations. This is what we'll deal with in this recipe, by creating a hotkey controlled sprint capacity for our player pawn class.

Open the file Packt_06_Sprint_Start.UDK and note the PlayerStart is within a long passage. We have to run really fast to clear a sinking door, and if we don't we're fried. One way to adjust player speed is through an edit to the MyPawn.UC class, so open this in ConTEXT: C:\UDK\~\Development\Src\MyGame\Classes\MyPawn.UC.

You can also set a key for the player speed in Kismet using a New Action | Misc | Console Command action with a command entered such as: setbind R setspeed 0.5 where R is the key and 0.5 is a multiplier on the default speed. The above Console Command will reduce walking speed by half when R is pressed. You can fire the action by hooking it up to a Level Loaded event or a Trigger event. 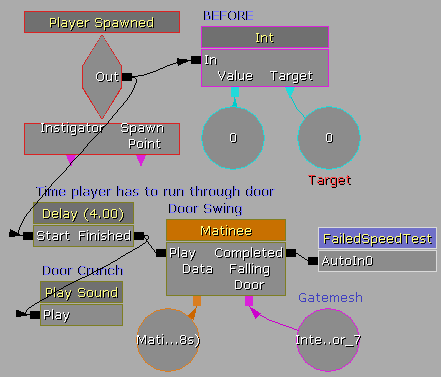 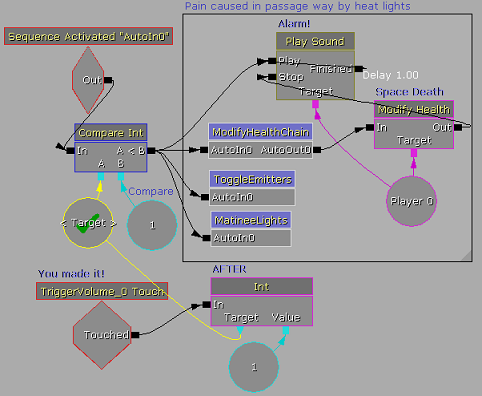 Changing speed internally, within the character itself, is useful when creating combat dynamics or variability that might come from input other than the player like falling speed increases based on increases in distance. 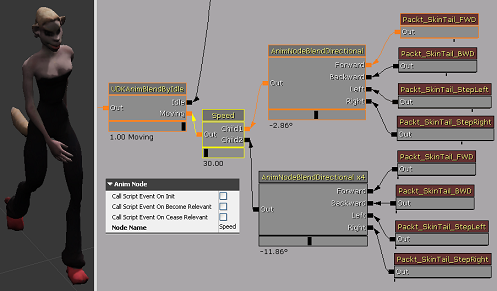 There is a similar guide to setting up a player sprint control at 'UDK Central' and it includes functionality for a brief slowing down effect after sprinting, available at: Udkc.info.

Over 100 recipes to accelerate the process of learning game design with UDK book and ebook. (For more resources on UDK, see here.)

can't see it anymore at the reactor!

This game is free and will probably stay that way.

no fischkopf, it's one of the free to play ijji games on beta. however they are making commercial profit on this game (cash shop items, prepaid cards, etc.)

is this game free?

I don't think so, there would be comming a beta soon

They had that closed beta last DEC so we can only hope it comes out fairly soon, at least as an open beta.

this game is dead?

it would be great!

its kinda unreal tournament gameplay that i watched