Become the "Guardian of Lore". Rescue Latin-American folktales and myths from oblivion. Personalize your gameplay with weapons, magic spells, and different skins in our 2D World with 3D characters. In Guardian of Lore, every level is a Native American Myth based story, that you must save from a mysterious force that is trying to destroy it. You'll be able not only to play through the story but also to shape every one of them making every level a replayable experience.

Thanks for voting and helping Guardian Of Lore on it's quest to become the 2022 Indie of the Year. You are now in with a chance to score some free games. Help this game secure more votes by embedding the widget (or link) we have included below on your favorite sites.

Inching Closer to the Finish Line!

New and improved Demo and Trailer for Guardian of Lore

We finally released the trailer we had dreamed of when we embarked on this incredible journey of indie game development. It took us longer than we thought it would, but here it is folks! Check it out!

Aaaand here’s the latest version of the demo, fully updated, fully awesome. What did we change?

We’re giving the baddest bad guys in Guardian of Lore some much deserved TLC. In the Aya Huma level there are two Aya Huma dancers whom you have to face, and vanquish, before being able to move forward. They dance nonstop and when you kill one, the other one gets angry and regales you with a furious dance!

Daniel, our incredible 3D animator, is giving new life to some of his older designs and replacing some which had not been animated by him. He’s also improving some of Sayri’s moves. What is more, Daniel has finished the Cherüfe’s animations, one of the meanest guys you’ll come across in our epic adventure. We shared some sneak peeks of this evil guy in our last DevLog.

Coatlicue and Coyolxauhqui - A Mexican Myth

This level features a Mexican legend we truly love. It's giving us a hard time, though, as we want to fully honor Aztec culture and not make a sort of Hollywood version of the myth. In this legend, a hummingbird feather falls on Coatlicue, the Goddess of Life and Death, which results in pregnancy! She gives birth to Huitzilopochtli, the God of the Sun and the War, who defends her from Coyolxauhqui, another one of her children. We won't spoil the tale, though, but you can definitely expect to be surprised at the dramatic turn of events! 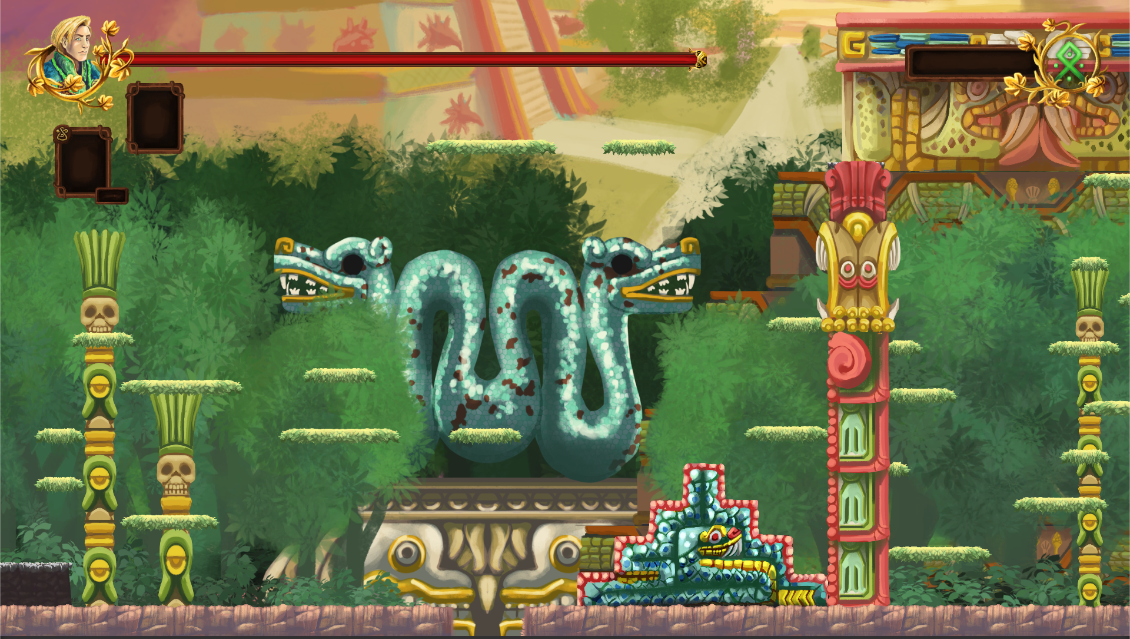 Does the city of El Dorado exist? It sure does!

We've finally come to a moment we've dreamed of for a long time. And it feels incredible! But also a bit surreal. What are we even talking about?! The final level of Guardian of Lore is being developed at last! This is a HUGE milestone, folks! This level features the Guatavita Chieftain and is the story of how Guatavita, Colombia, and the legend of the golden city of El Dorado came to be. So... of course, this level takes place in the incredible El Dorado city! The Boss is also finished! We're so excited we could scream... but don't worry, we won't. 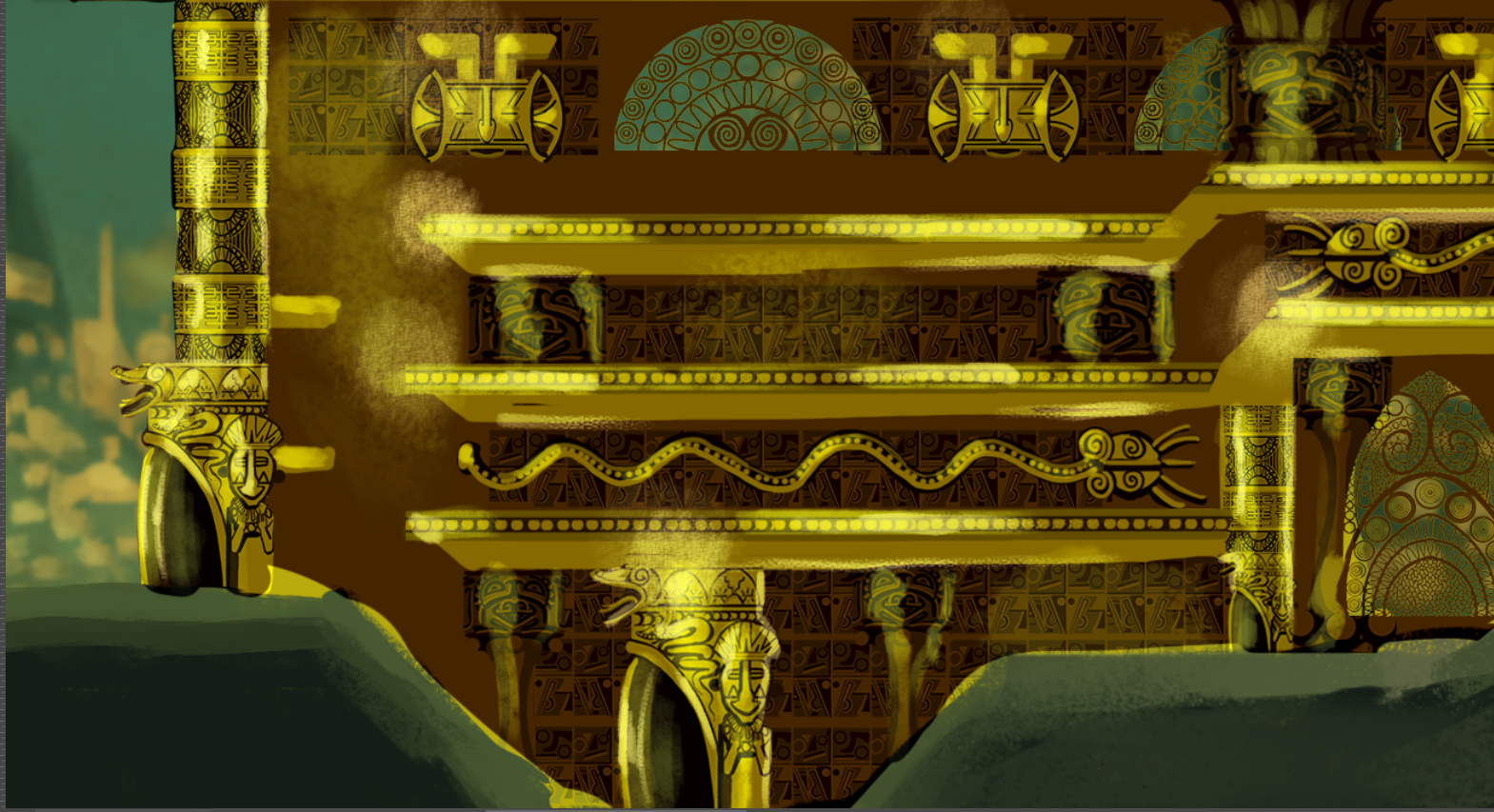 Guardian Of Lore Updates Outside of the Game

This year has been tough, to say the least! The fact that we accomplished so much anyway, and made it to the last month unscathed, healthy, happy and motivated, is cause for celebration. So, how do Ecuadorians celebrate the end of their professional year? Playing cards, of course! We are very partial to an incredibly fun card game called "40". So, families, colleagues, neighbors, and friends get together for a fun 40 Tournament! We organized it a bit earlier this year and took every precaution under the sun: everyone had Covid tests done, the windows at the venue were wide open and we were all 5 feet apart from each other.

Our celebration didn’t end there! Not at all. The whole team embarked on a weekend long trip to send this year off in style! Who said developers didn't know how to party? The team has been crunching hours like crazy and they are working their b**ts off to make Guardian of Lore a hit, so this trip was more than deserved! We also took the opportunity to figure out our next steps as a company, too, we refuse to be a one-hit wonder! We're sure there's a lot to look forward to in Round2Games' future.

Meet the Dancing Boss and the Greedy Evil Brothers!

Three unique bosses will give Sayri a hard time! Also, a new trailer, new weapons, and elements spice up the gameplay.

Do you enjoy watching trailers? Then please come in!!

With the public demo release on steam around the corner, we've been working on MANY, MANY things. New game features, game Controllers compatibility...

Today we make public Guardian Of Lore Steam Page!! And we are extremely close to having a pre-beta release ready. So if you are one of those eagers gamers...

Now that the team has been assembled this is a sample of what we can do. This is the first version of the Inicial Cutscene in Guardian of Lore.