Ground Control II is a real-time tactics game set in a gritty science-fiction universe. The explosively fast game play focusing on combat tactics with full use of the 3D battlefield, with weather and other environmental effects affecting the unit's performance on the battleground. In the war torn year of 2741, Captain Jacob Angelus of the Northern Star Alliance (NSA) becomes the central figure in the fight against the warmongering Terran Empire. In an attempt to crush the NSA permanently, the Terran Empire sends in an alien race of powerful warriors - the Virons. It soon becomes apparent that the situation is bleak for the NSA and that their only hope is to embark on an Exodus to another part of the galaxy. Jacob Angelus must find a way to let his people survive. 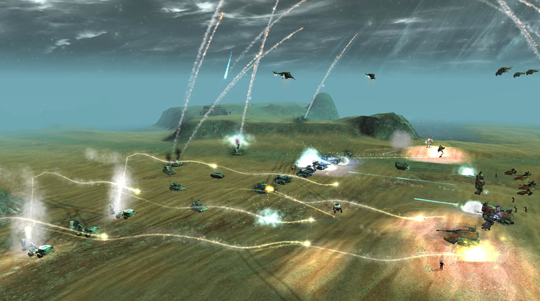