Green Hell is a sweltering struggle for survival in the Amazonian rainforest. Clinging to life, the player is set on a journey of durability as the effects of solitude wear heavy not only on the body but also the mind. How long can you survive against the dangers of the unknown?

Posted by andrewjsherwin on Apr 2nd, 2019 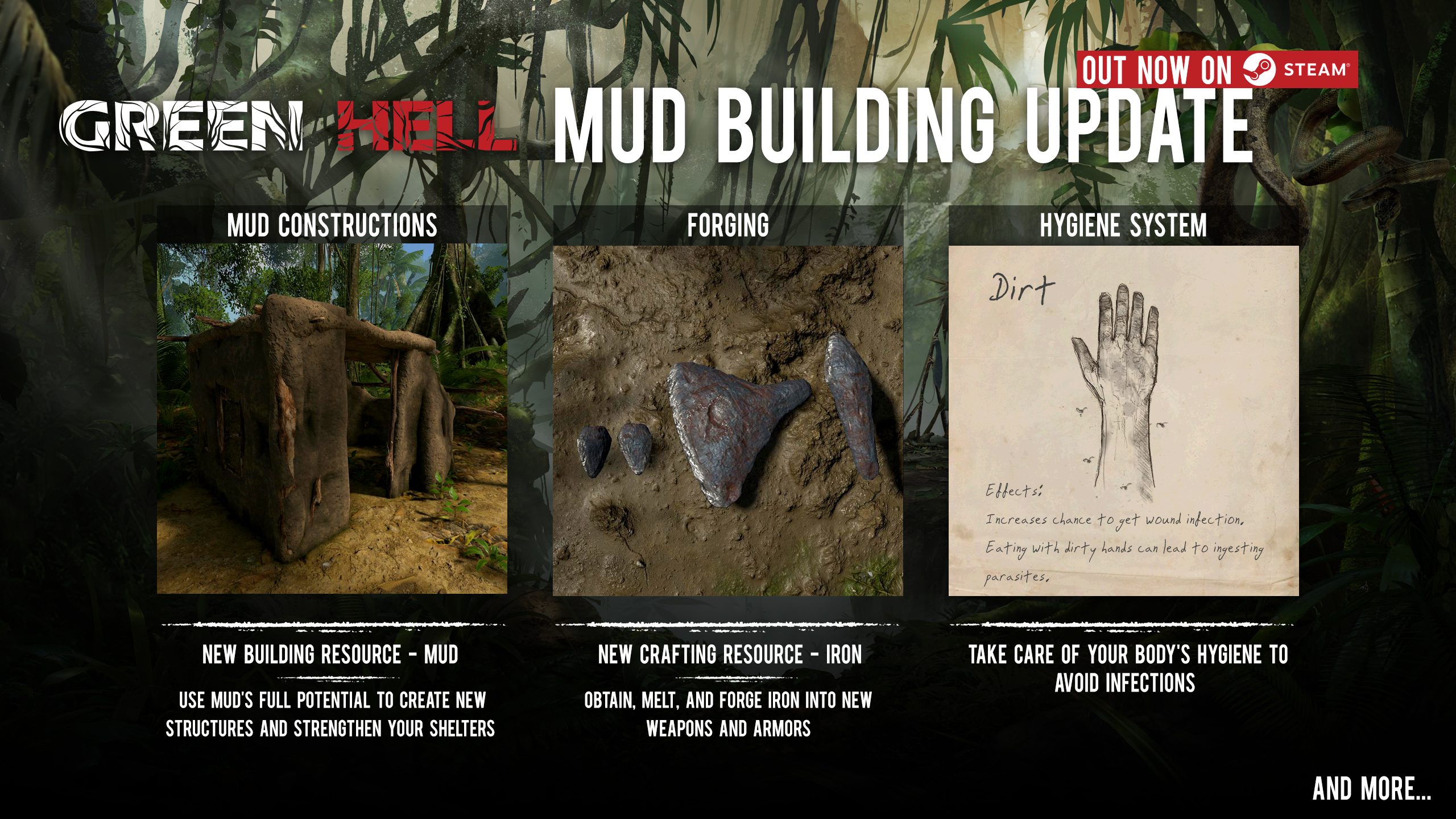 As it’s our 4th big update we would like to thank you all for your support, bug reports and feedbacks. Enjoy, the Mud Update and see you in Green Hell!