Gish is a ball of tar who lives happily with his human girlfriend Brea, until one day a mysterious dark creature kidnaps her. In Gish, the player maneuvers the eponymous character through a variety of levels so he may rescue his girlfriend.

Thanks for voting and helping Gish on it's quest to become the 2021 Indie of the Year. You are now in with a chance to score some free games. Help this game secure more votes by embedding the widget (or link) we have included below on your favorite sites.

The Gish in UFHO2

After a long hiatus, here's the long promised character update that we've been delaying for some days now. Latest addition in the cameo rosters is... 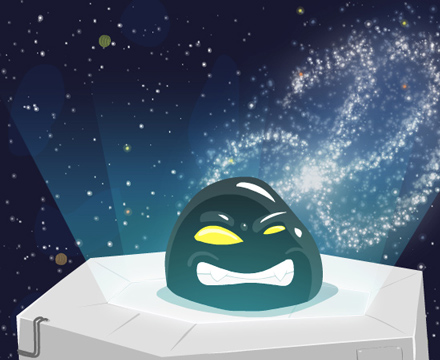 The Gish is one of Edmund McMillen's creations when he was working at Cryptic Sea. This ball of tar will make his appearance in the campaign, and once unlocked, become controllable in multiplayer. We have chose to port Gish's multiform capabilities in UFHO2 with a twist: you will not be able to control them! Read more in the gameplay section below.

STORY
Gishes are a species of dark, black balls of tar. Their bodies are highly unstable by nature, and their composition changes as well in a random fashion. Sometimes they have the body density as tar, then suddenly their molecules ease and they become very liquid. Suddenly, they may become sticky as glue and stick to any material they touch, until they change their status again.

It is known that Gishes cannot control their form and many think that they suffer from these sudden changes. Due to their very proud nature though, it will be very difficult to hear a Gish admit it.

GAMEPLAY
Since the Gishes are highly unstable, they change density every turn.
On the first turn, any Gish character has 6 moves. The next turn he'll become fluid and fast, getting 7 moves. On the following turn, his body will become sticky and moving will become difficult for him, and he'll have only 5 moves to spend. 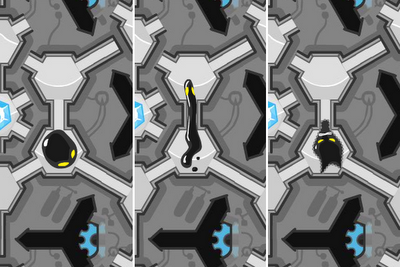 This three-turns phase repeats through the entire match, making the Gish a very unpredictable opponent, and a difficult character to master without careful planning.

So with Commander Video, the Super Crate Box critters, the brain from Cortex Command, the Goo balls, the Tetrobot and the Gish, we have our full roster of guest characters (for now). I cannot promise anything, but look forward for new cameo appearances in the near future.

For now, check out our Kickstarter campaign because only 4 days remain!

Edmund McMillen is one of the most popular indie game designers of the past 5 years. From his early award-winning work on Gish, through the mega-popular...

Introducing the Humble Indie Bundle (pay what you want)

This is an awesome pay-what-you-want indie video game / charity promotion that we are trying out. Read on! 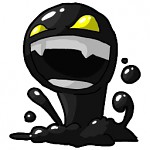