The LAST free test will be released later this week. In the meantime, features such as new special blocks and enemies will be implemented and tested.

I'm getting really excited about the new release of Flack. The feed-back I'm received from my testers is incredibly helpful towards the direction of the game's development. Thank you to those who downloaded the previous tests! If you plan on owning this game in the future, be sure to SCROLL TO THE BOTTOM of this article to hear more about how I plan on selling Flack.

First update: Intro loading screen. I wanted to create a more aesthetic feel to the game in order to avoid static emotions commonly seen in platformers these days. Like you saw last week, I designed some artwork to give the game a new theme. Here's a screenshot of the end of the intro: 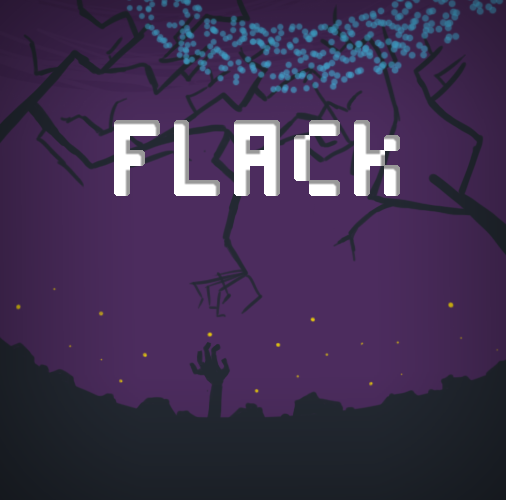 Second update: Menu options. Not much to say about this...I guess it looks and responds much better than the previous menu. There are now two options: The campaign and the custom sections. The campaign will NOT be available in the next FlackTest7. I hope to keep this portion secluded for as long as I can. Just a heads up, the campaign is going to look really cool! Here's a pic: 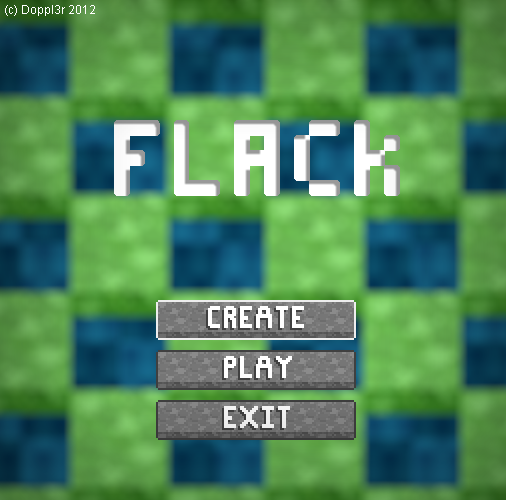 Third update: Hats! Wait a second, that's Valve's news! I recently added 30 new textures to the game. That makes a total of 46 textures. I plan on designing a campaign that utilizes 4 textures per level (hints to why 40 main textures exist, and 6 special textures are present). Here's a screenshot of me editing the texture pack: 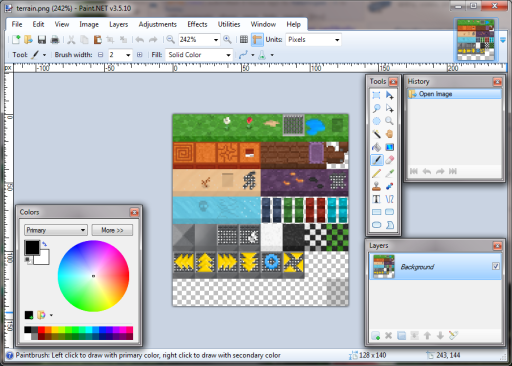 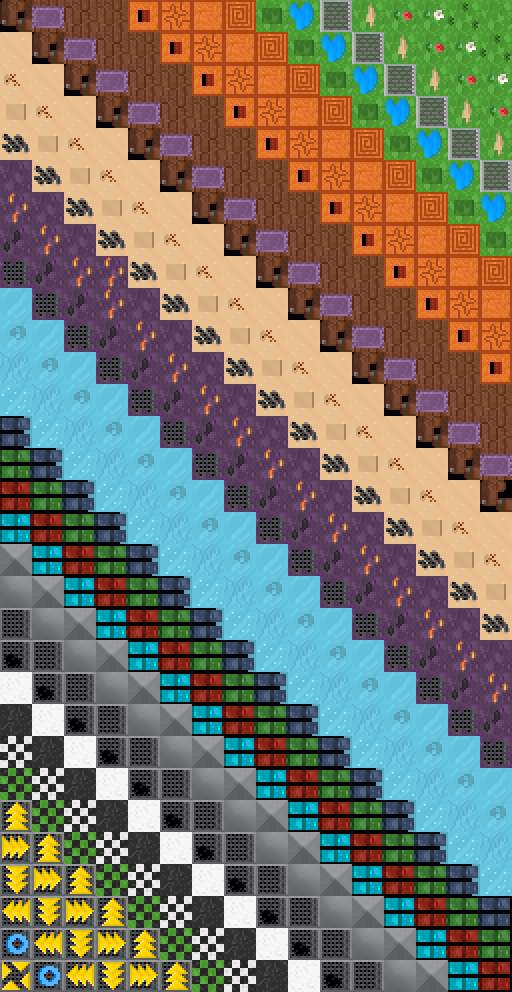 Fourth update: New special blocks! I wanted to added a feature where the player doesn't just interact with near by enemies, yet also the terrain. The next update will show 2 block types such as bounce and booster pads. When the player hovers over the bounce pads, it temporarily allows the player to jump higher and farther. The booster pads...well they...you can guess what they do...Here's a screenshot: 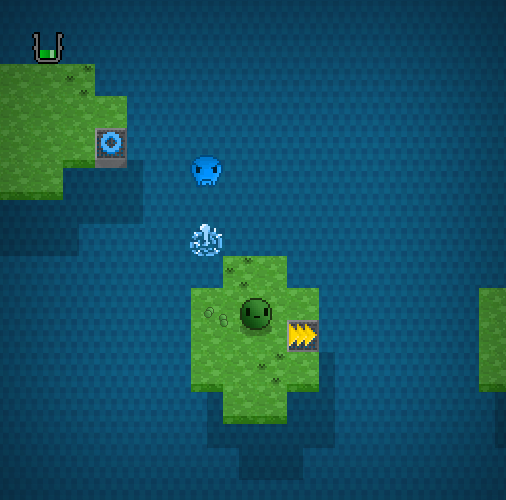 So what's the deal with purchasing this game? To be honest, I'm not quite sure which option I should take when it comes to releasing this game. If I do decide to sell the game, it would be available at the Desura online shop for a cheap, I MEAN REALLY CHEAP, price. I can't imaging selling the game for more than $1.00 online. When I look at indiedb title games, I really do feel turned-off when I look at prices for indie games that range to $25-$40, so rest assure, this game will be set a reasonably priced game. The other option would be to give the game out for FREE and open a donation box. After-all, I do need to make money to pay the bills for important stuff like food, water, shelter, college etc.

I'd like to hear your thoughts on the communities recommend price for this game. What would you like to see this game sold at? (Keep in mind, this game is lacking tons of features that I will be implemented this summer).

Thanks for reading! Your commends are like tasty gravy on a warm thanksgiving dinner turkey...I like to read them lol.

I personally think you can easily get 2.50$ or even 5$ for this. You should sell it as a beta now, and state the benefits for getting it early, where you get to play the beta, you get to see the game evolve, you can get it cheaper, add in your own ideas, etc.

I definitely agree with usbfridge. When I first found Flack it looked at it mainly because it was made in Java (which I'm currently learning), and could not really see the future of the game. Now, however, as you add in more and more content the futures gets much more clear, as well as brighter.
So, yes, there is easily 2.5/5$ for this one!
Keep up the good work!

I appreciate you guys saying that. I'm not sure how I feel about opening a beta for players. It seems like it really worked out for developers such as Mojang mainly because they had a grasping constructive concept with a huge community. Perhaps releasing the game in its entirety will do better for this very small indie project. That being said, I do plan on adding more if a community of players decide it would make the game better (after I finish the game). I also will think about the price some more. It seems like the main audience for this game are younger folk, and that usually means expensive games are impossible to buy at that age. That's why I think $1.00 would be a reachable price for everyone.

What about a "pay as much as you want" approach, with a $1 minimum?
It would mean that people who want to support the future development of Flack could pay as much as they wish, while those who only wish to play can stick to $1.

Whatever you choose just be sure you don't have all your sales gobbled up by merchant fees etc by setting your price point to low. Good luck.