Earth's final hours... make them your finest! You are a lone defence satellite operator, fending off a barrage of space debris to allow time for the entire population of Earth to be gradually evacuated. This sequel is a huge improvement on the original. The graphics and gameplay have had a massive upgrade. You must orbit the Earth, shooting down dangerous debris falling towards the planet.

Final Orbit 2 has been released in early access exclusively to Game Jolt. The game is available for download on Windows and HTML5.

It's the end of the world. Take on the role of the operator of Earth's last line of defence, a lone weaponized satellite, against a barrage of space debris. As a last resort, the united governments of Earth have decided to evacuate the planet- but how many can you save in this fast paced, action, resource management, arcade game?

The game features a leader board, trophies, and global statistics, courtesy of Game Jolt. 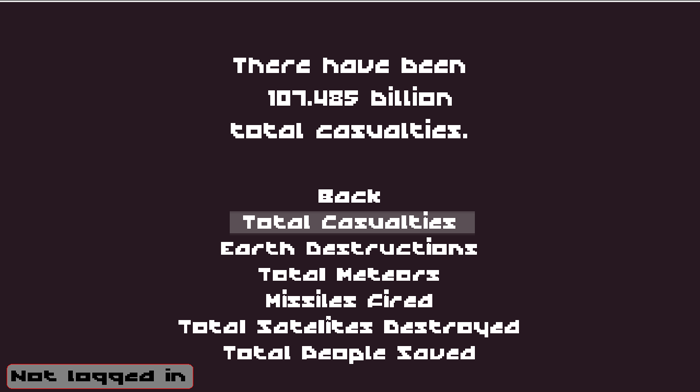 I want to see someone beat my high score!