Do you remember SSI (Strategic Simulation Inc.) and its great games?

If the answer is yes, you can't miss this game because everything in it reminds of the incredible gaming experience that SSI created in its games.

But that's not all! Great turn-based strategy and RPG games such as Panzer General, Fantasy General or Pool of Radiance inspired and guided us in the development of our project. However, with “Fantasy Kommander: Eukarion Wars” we've tried to do better than our masters, adding depth to the gameplay, to the story and the setting of this genre, which for too long has been overlooked in the global market.

If you're not familiar with SSI, but you're looking for a strategy game with a complex battle system, a deep storyline, and a huge setting, you probably don't want to miss this game.

Basically, “Fantasy Kommander: Eukarion Wars” is a turn-based strategy game with rpg elements, but it can also be defined as a “Fantasy Wargame” or an “Advanced Computer Boardgame”.

The gameplay is based on a traditional hex map, with a wide variety of terrains and units available. Most of your interactions with the game will be through the mouse. You will select, move, fight, and analyze units on the Battlefield or in the HeadQuarter (HQ) using a simple point-and-click system.

“Fantasy Kommander: Eukarion Wars” is an operational-level game: units approximate squads, with most of them consisting of about hundred soldiers, though some (e.g. heroes, dragons) represent single entities. Every unit is like a rpg character with its own characteristics and special abilities that you can increase as soon as it reaches a higher XP level.

The Battle System is very detailed and is based on several Combat Tables, which include, among others:

An important factor during a battle, is the orientation of the units: attacking the enemy on the flank rather than the front can make the difference between victory and defeat.

For all these reasons, and many other that you will discover in the game, maneuver your army accuratelycarefully, and keep in mind that taking the right decision at the right time.

- A complex and detailed Battle System that considers the strength ratio between the Attacker and Defender, the state of health and morale of the units, the terrain and many other tactical factors;

- A deep and involving Storyline set in a world inspired by the European Middle Age and enriched by the Fantasy narrative tradition;

- Over 70 different Units to enroll, upgrade and unleash in Battle;

- Every Unit is like a Rpg charater with many stats and abilities that you can manage and upgrade;

- Hours and Hours of pure Strategy and Rpg fun!

The plot develops during the single player campaigns, on and off the battlefields. There are 4 campaigns available, all connected by a common plot. Three of them take place in the great Empire of Adamantia, invaded by the forces of Kaos, and one in mysterious and unknown lands.

Players will play a Kommander at the beginning of their military careers, thrown into a titanic battle that is devastating the entire continent of Eukarion. Successive events, dialogues, and plot twists are carried on through the messages that Emperor Karl and the Great Council of Mages send to the young general who will have to find out, fighting hard battles, the final objective of the Abyss.

Players won't be alone in facing this incredible war adventure. Three great Heroes of Humans, Elves, and Dwarves, will follow and assist them in their trials, challenges, victories and defeats.

The game has been voiced in English by Tim and Robert and it's been conceived to give emphasis to the characters, friends and foes, that players will face on their adventure.

We put a lot of care in the development of the setting, using a huge fantasy version of Medieval Europe. Empires, kingdoms, history and aestetic on the map that you can see down here are the result of studies and researches aiming at a coherent fusion between reality and fantasy following the great tradition of European epic and fantasy literature. “Fantasy Kommander: Eukarion Wars” shows how Medieval Europe could have been if Orcs, Magic, Dragons, and demons of the deep abyss were real.

If you want to know more about the way the lead designer of FK-EW designed the history of the Eukarion Continent, have a look at this entry in our Dev Diary.

Why Kommander and not Commander?

The background reason is that in Adamantian Language the right way to write commander is Kommander. To be honest, it's simply because the lead designer is stupid and he like K's.

We are going to provide you a massive asset that will blow up your monitor! 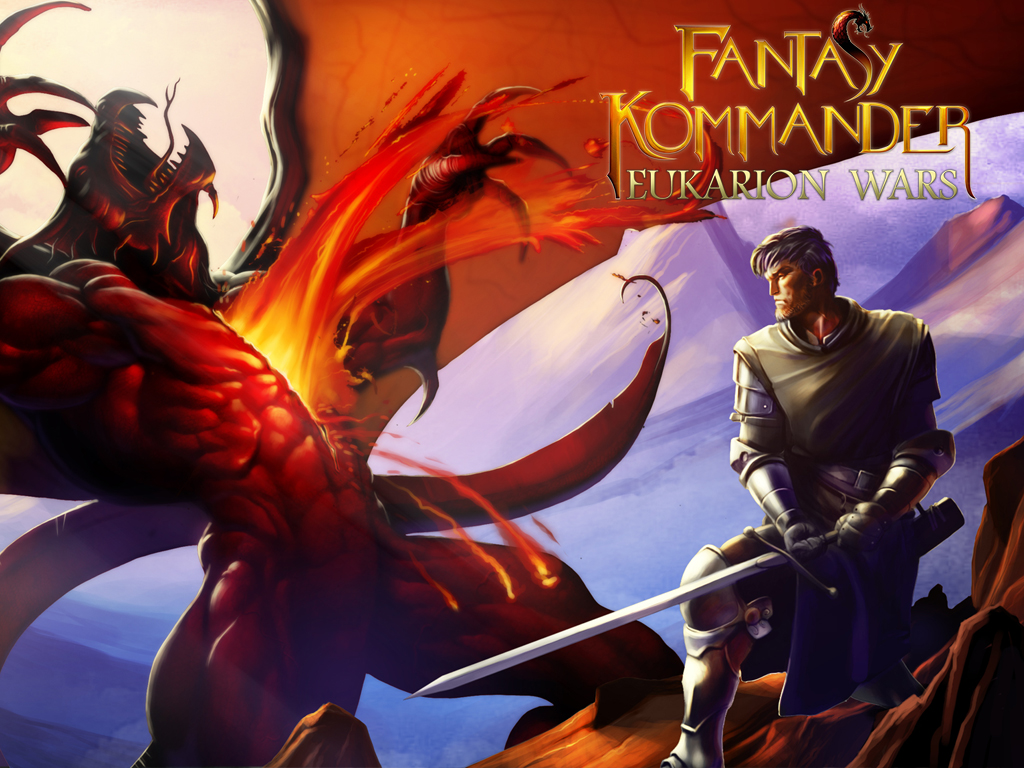 A massive collection of wallpapers from the fantasy wargame Fantasy Kommander: Eukarion Wars. 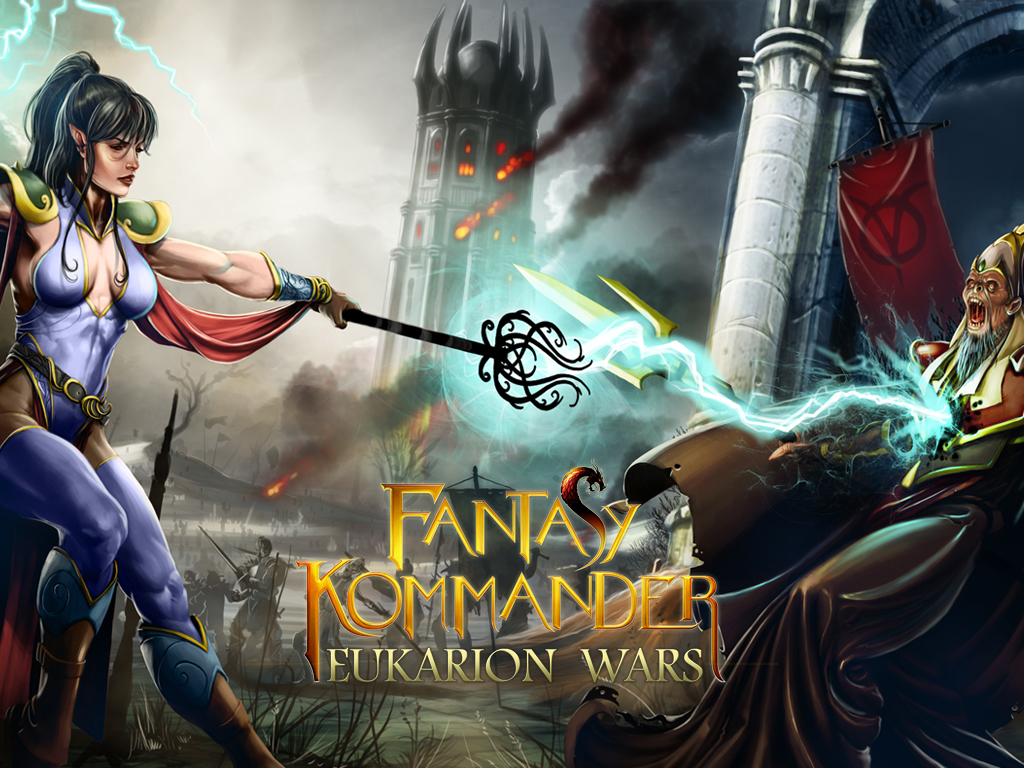 Dragons, knights, orcs and more: you are going to find 5 different arts, sized to feet most of screens out there. Download the .zip file here. 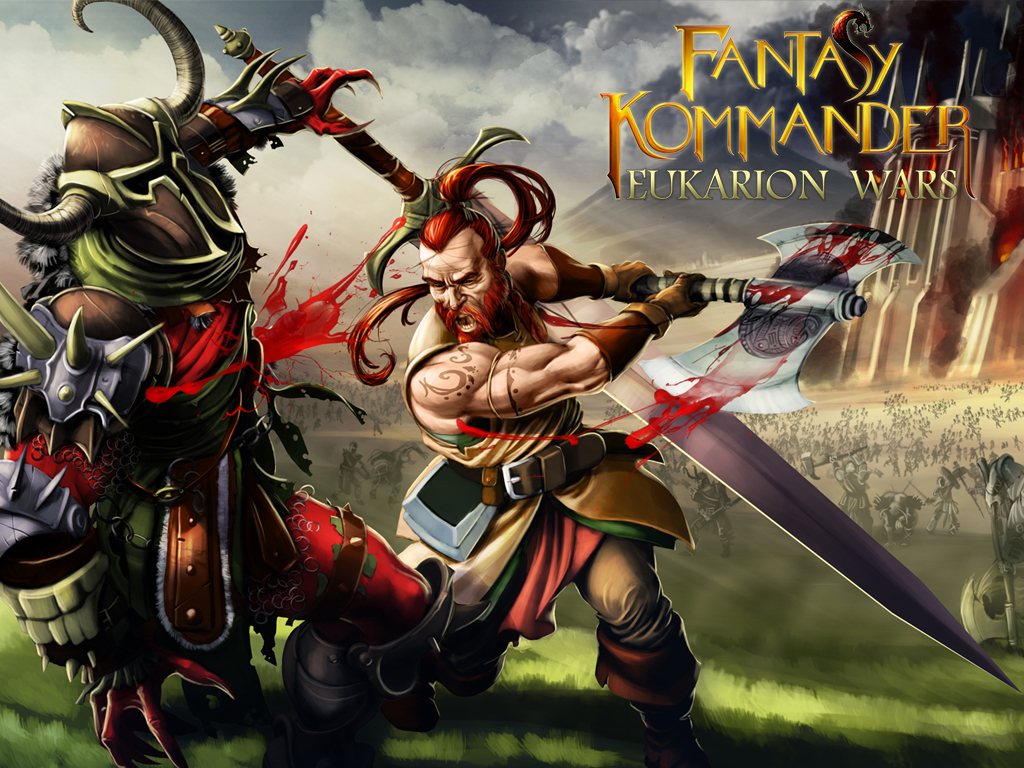 Age of Games is proud to release Fantasy Kommander: Eukarion Wars, a unique turn based Fantasy-Rpg-Wargame set in the Eukarion Wars setting.

Thread: Fantasy Kommander - The Origin of the Game Video

Age of Games launches the new website of Fantasy Kommander

We are really proud to officially announce that the development of Fantasy Kommander-Eukarion Wars has wrapped up and that the game will be published...

Rise of Titans Turn Based Strategy