Epsylon - The Guardians of Xendron takes the player on a journey to a futuristic world investigating a very special Science-Fiction setup. With a team of rather different characters the player investigates, and if required fights, his way through a large case. How you solve the case is though up to you. Combine the strength of your team members is important as no team member alone can crack the case alone.

This one took a bit longer than excepted but it was well worth it. Two main tasks have been finished in the last few weeks. I'm interested to hear what you think about the changes.

This task had been on my list for some time now. The Gui Theming used so far worked but turned out to be more and more cumbersome with getting down to actual use. I had to deal too much with script code doing Gui Theme jobs which I do not want to burden onto a future co-worker artist and future modders. So I took the time to nudge the Gui Theming up to the next level so it can be fully done using XML files. The new system is now working as I intended it from the beginning making it way easier to style UI elements than before.

The two screens below show an example of the system used on conversation to help better grasp who is speaking and how he is speaking. More XML Gui Theming is shown in the video below. All is now handled with this XML Gui Theming: HUD, UI Dialogs, In-Game Computers and so forth. 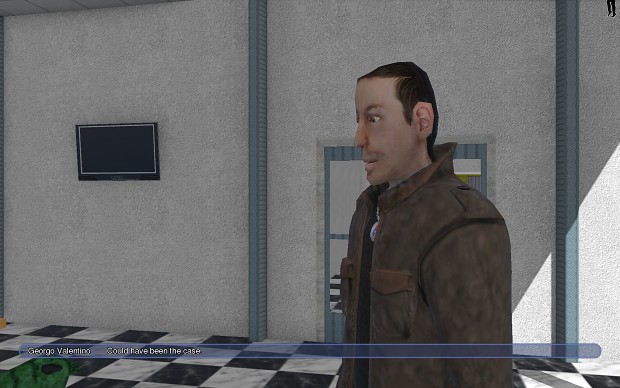 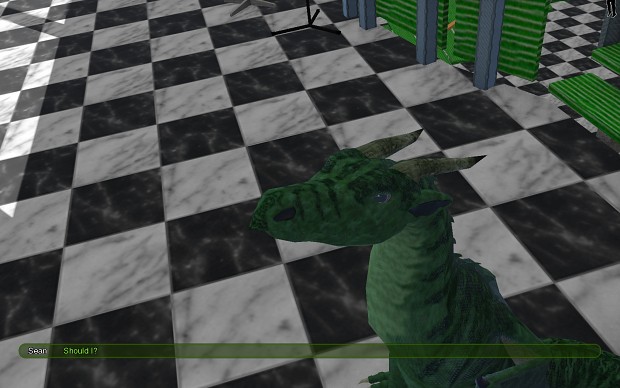 For those interested in some reading and documentation you can find new and updated Wiki Pages about the Gui Theming.

This idea I had around on my desk since some time but just went about to actually do: Interactive Main Menu.

In-Game the game is HUD-less focusing the player on really doing his investigation work. So I thought it would be nice to also extend this interaction design choice also to the main menu. Instead of a boring background image with buttons I wanted to add a bit of detective investigation work. I'll be adding more hot-spots to the screen later on as little goodies.

The video below shows the menu in action. This video is right from after launching the game so you fade into this "room" like shown below. If you have any thoughts please share them.

This will be another surprise. After all surprises are the most fun aren't they?

cool, have seen these kind of interactive menu in some other games too. Definitely well worth it. The sounds you use are also important for a menu to leave a good impression.

That's true. I could really need somebody from the sound department for this one. But I'll try to add some sounds I've got already on my own to add a bit of a sound carpet. Need to experiment with this a bit.

I like it, reminds me of times when games cared about their main menus.