Earth: 9000 a new indie Bullet Hell, Twin Stick, Rogue-Lite mashup. You take the role of the Earth defending itself against a never ending onslaught of alien invaders. You'll unlock dozens of weapons and even more upgrades as you gain research from defeating enemies. You'll certainly be defeated, but that isn't the end, our patented Reali-time-nsion technology sends your research, weapons and upgrades to a new Earth ready to defend itself once again, but this time with the advantages of everything you've unlocked before. 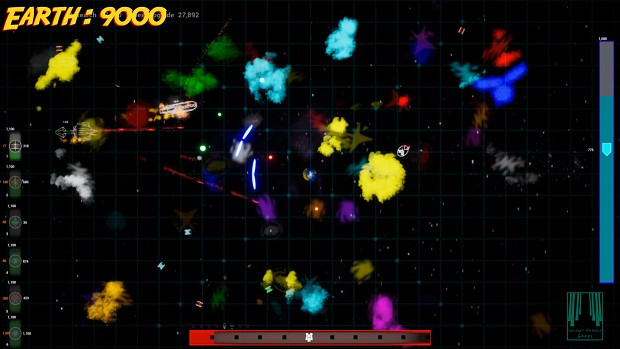