Long Ago, Etheria was once a land of living legends… Throughout the ages, brave warriors across the realm stood together against the forces of evil, led by immortal beings known as the Old Ones… After a titanic struggle, these champions locked away the power of the Old Ones, inside Eternia Crystals…These legendary heroes have recently left their younger kin in charge of the common castle chores… Bored with their dreary duties, the inexperienced pupils decide to play… And accidentally unleash an ancient force that has long been dormant!

Coming out tomorrow on Steam (console news below), our third Shards is shaping up to be our best Shards release yet! But as you stand before the Great Sea, we want you to be prepared for what awaits you in the murky depths.

It has been prophesied that a man wearing flannel will come to the aid of his peers when they need him most. Written in the stars and passed through generations, this prophecy became legend, legend became myth.Until yesterday. 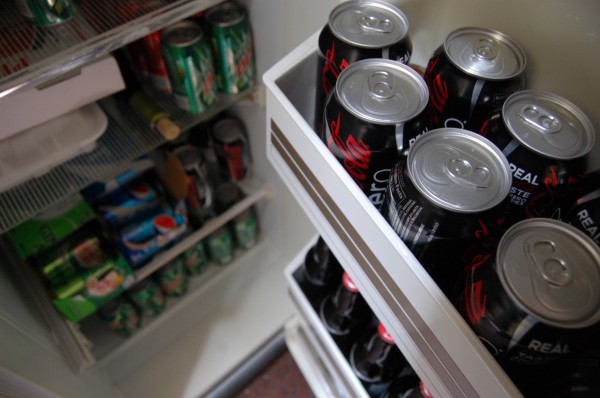 Rows of caffeinated beverages. Boxes of ice cream treats. For one day, the people in a small gaming studio in Gainesville, Florida, found peace on Earth.And so Fridge Day was formed. But the people agreed Fridge Day was too important to be experienced only once a year. It shall become a regular event, helping to achieve high employee satisfaction and reduce the number of inner-office Nerf injuries.As we enjoy our regular day of treats, soon, you will be, too.Aquanos Awaits


Coming out tomorrow on Steam (console news below), our third Shards is shaping up to be our best Shards release yet! But as you stand before the Great Sea, we want you to be prepared for what awaits you in the murky depths.Twelve waves. Three crystals. Set up and survive the onslaught of Sharken and Fish-Wyverns to reach the new boss, the Kraken. There are troves of treasure to be found under the sea, including new loot… 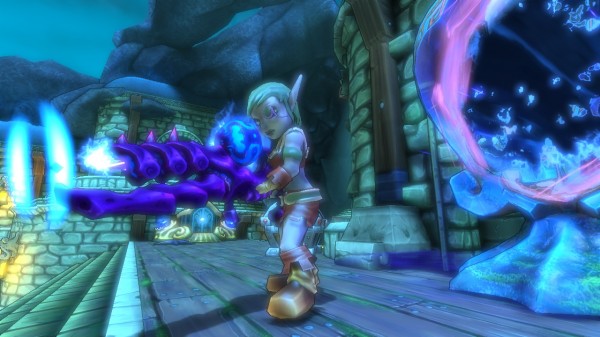 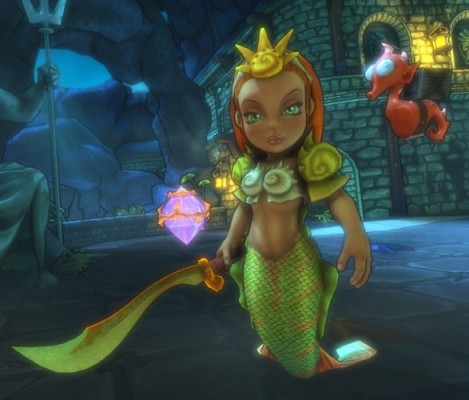 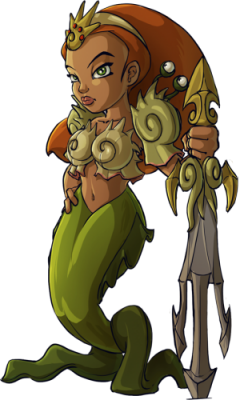 The third Shards challenge mission, Riddle of the Deep, will require teamwork in order to succeed. It’s up to the puzzle solver, a randomly chosen defender, to enter the portal in the middle of the map and solve the puzzle to stop the water from rising. 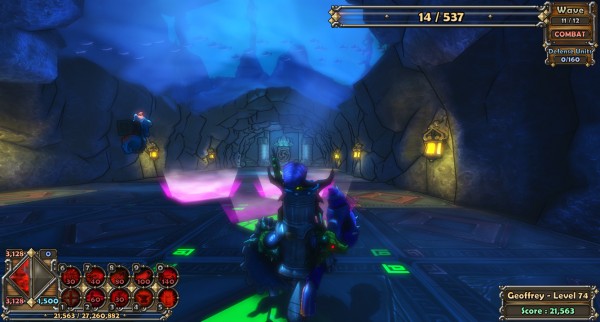 For our PC fans, we’re introducing the Shipwreck Ruins Monsterfest. Grab seven friends and fend off waves of enemies before the time runs out. Keep an eye out for the Fish Wyverns! 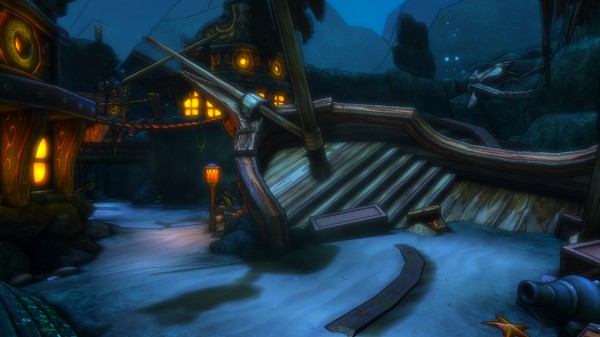 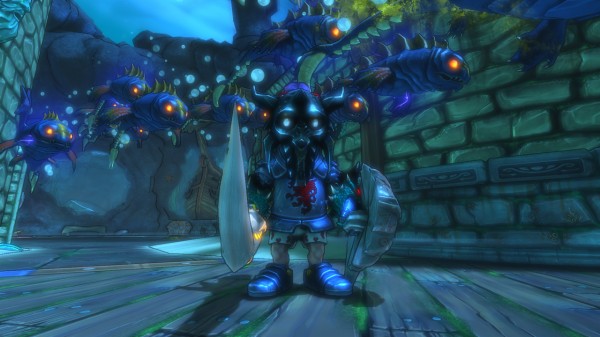 Curious to see how everything looks in-game and in motion? Our beta team has put together an in-depth video of the next Shards! Take a look:


Console NewsGood news, PSN US fans! Shards Part 3 will be coming out May 15. We’ll keep everyone updated as we hear back about the PSN EU and XBLA release dates.This Thursday, Shards Part 2 is coming out on XBLA with the new console patch. You should be able to fire up your 360s sometime in the early afternoon EST and experience the new content for yourself. Accessories 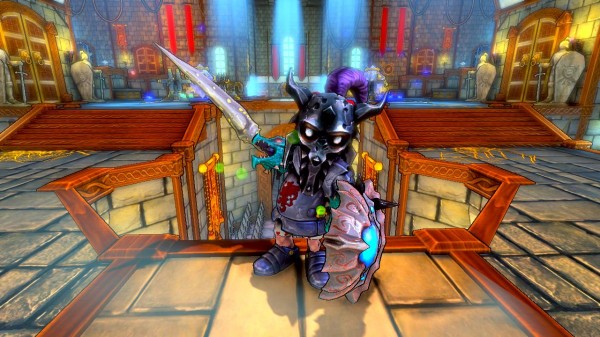 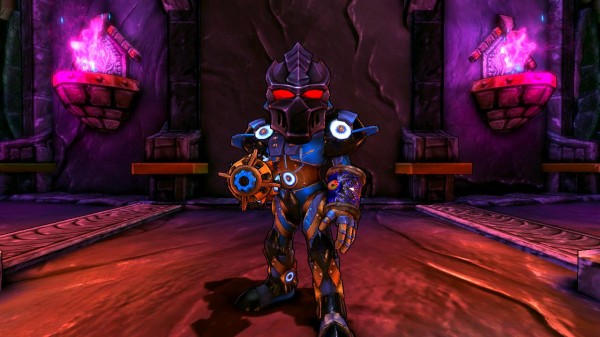 Along with the Shards PC release, our new accessory system comes out tomorrow! There are 62 accessories scattered throughout the game for you to discover. Masks, Bracers, and Brooches are usable by everyone and boost your stats. They come in a variety of randomized colors. You can equip one of each, and upgrade and sell them. They are all pretty rare, but there are extremely rare versions that you might only find on the hardest difficulties under lucky conditions. 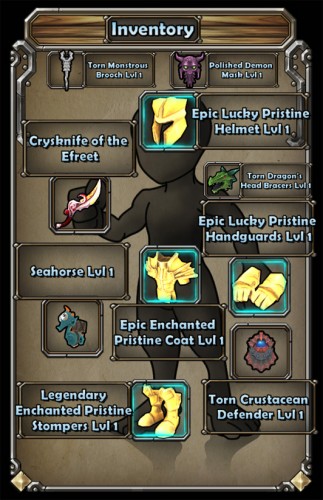 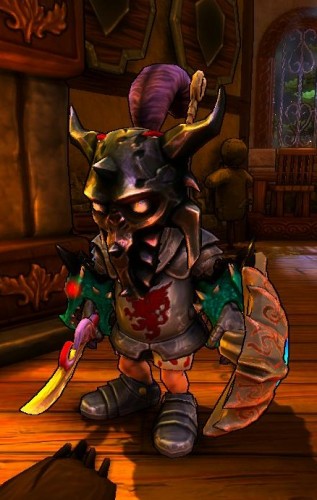 Shields are only usable by Squire and Countess, and they add Damage Resistance Percentages in addition to having stat boosts.More accessory styles will be added in the future. Collect them all to fully customize your team of heroes!Vote for the Next Costume!We’re putting the next costume to a vote. Help us choose which hero will receive a new skin in an upcoming map pack! You can vote on the poll here and on our Facebook poll. You have until this Friday at 7 p.m. EST to vote!Beta Team Update: 4/25/12While dusting off our hands from a very successful feature release (the ability to load-up survival from any wave!), we received another HUGE testing task — Shards 3! Kraken, Sharken and Riddles, oh my!

Aquanos is by far the most beautiful map released so far. The art style is great, there is a variety of sea animals you can pet for mana and the portals look awesome. The Riddle of the Deep Challenge also gives additional depth to an already brilliantly laid out map.What everyone really wants to hear about are the Sharken, right? Just like the previous Nightmare monsters, players are going to have to adjust their strategies accordingly. We like to think of them as Running Backs. Once they start charging, they don’t stop until they get to their goal (your crystal). So you gotta hit them early and hit them hard!Given our recent testing adventures, we still have some backlog in the inbox! If you haven’t received a reply, it doesn’t mean we don’t like you, it just means we were a little busy! We’ll certainly be sending you a reply. We normally do two week topics, and we have a solid idea what next weeks topic is. So, we’ll be extending the Series EV topic a little more! PM suggestions to “Official Beta Test Group” using the words SERIES EV in the title. 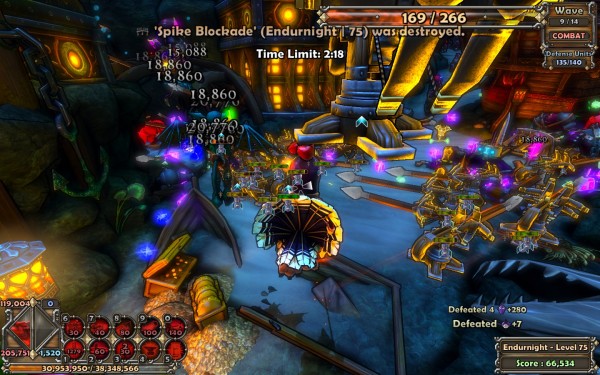 Running around with a turret attached to your head can put a real kink in your neck!

We also hope that you enjoy our latest installment of the Dungeon Defenders Beta Team Sneak Peek! We are looking for more people to contribute specifically to our video projects, so if you’ve got a high-end computer, experience recording video and think you can serve as a cameraman for us, please email us at betatesters@trendyent.com with the words “video team” in the title!

We’d love to get about 5-6 new members, so if you feel you’re up to the job, then throw your hat….. I mean mask, into the ring!Meet the Team: Alex Fundora (Lead Animator)In the first part of our new Meet the Team series, community intern, Matt (known around these parts as TrendyGator), interviewed Alex Fundora, lead animator at Trendy Entertainment, to discuss his job, how he began working in the video game industry and more. Check it out!Code Drop TuesdaysThis week, we asked our fans on our Twitter to submit a photo of their heroes for a chance to win a Series EV Steam code. Here are this week’s winners: 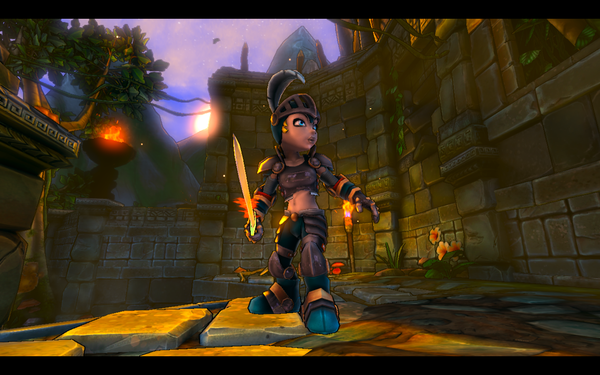 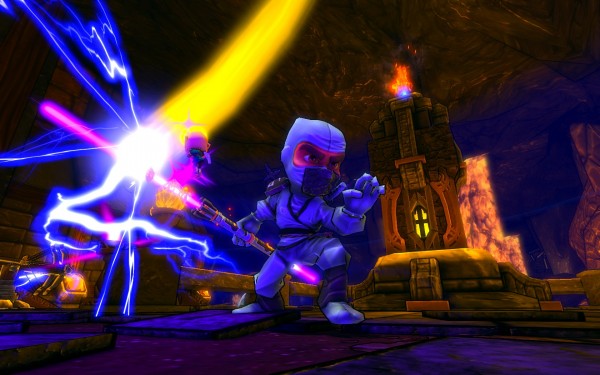 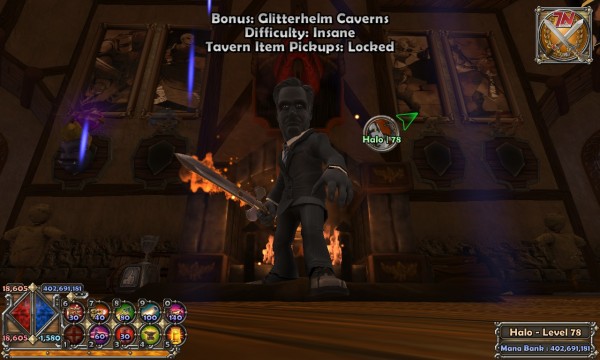 We hope you have a song in your heart for next Tuesday’s contest.Community Calendar[360] Robot WarsDate: 5/1/12
Host: Dredd
Description: Tuesday’s event is called “aBOTination”. It will take place in the “Throne Room” on Insane. The only defenses a player can use are blockades (Spike blockades and Magic barriers.) Players can attack throughout the match except when the boss appears. When the Boss appears, players cannot attack at all, but they can place down attack towers (attack towers can only be placed when the Boss appears). Also, pets can attack. Robot pets only (Steam robot, Laser robot and Gemini).
Link to Thread: Forums.trendyent.com

[PC] Test Your Might (Skill-based PvP)Date: 4/27/12
Host: Immortal-D
Description: Friday night, I will be hosting various PvP maps. The catch is you fight naked. I will give loots and tokens to the winners, and maybe a special prize for whomever can kill me the most. Server name will be “Calendar Party.” All are welcome, hope to see you there!If you have an awesome event you’d like to share with the world, click the Add New Event button on the Calendar page.

Be sure to include PC, 360 or PS3 in the title of your event, a brief description of the event and the times you’ll be hosting. We might spotlight your event in a future Digest! Screenshots of the Week There were too many good screenshots, so I broke down and included five this week. Keep up the great work, gang! 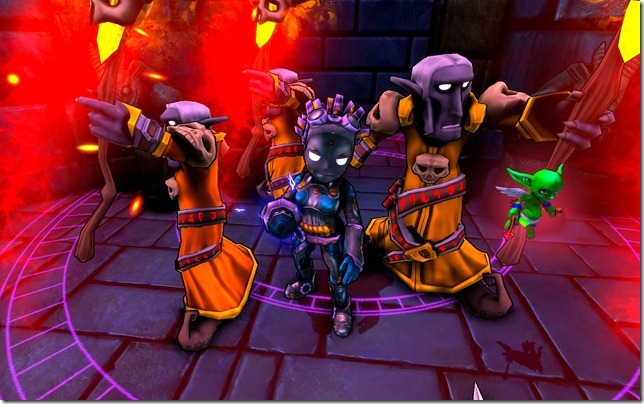 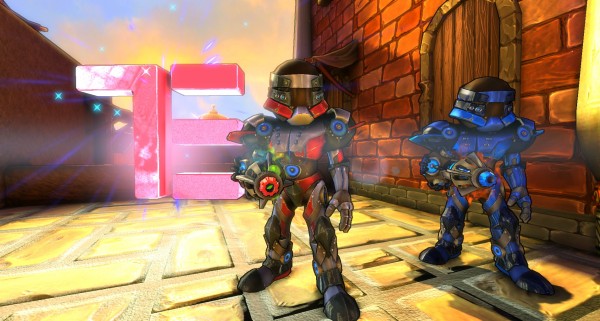 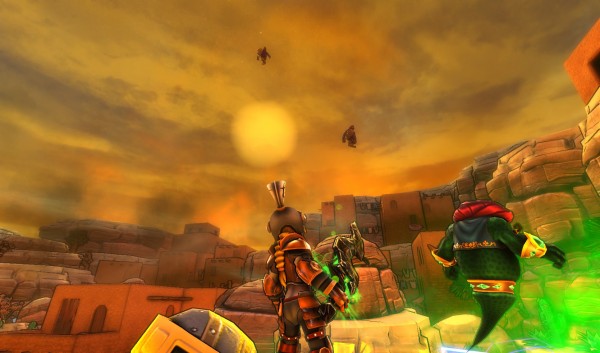 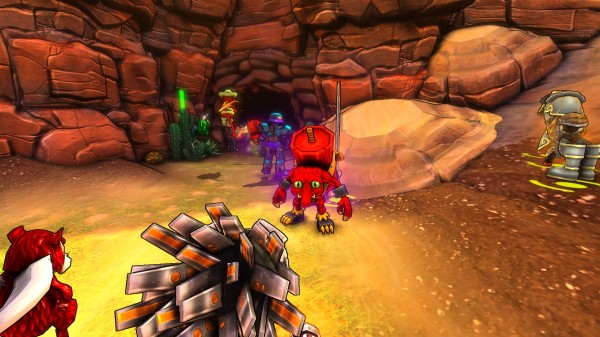 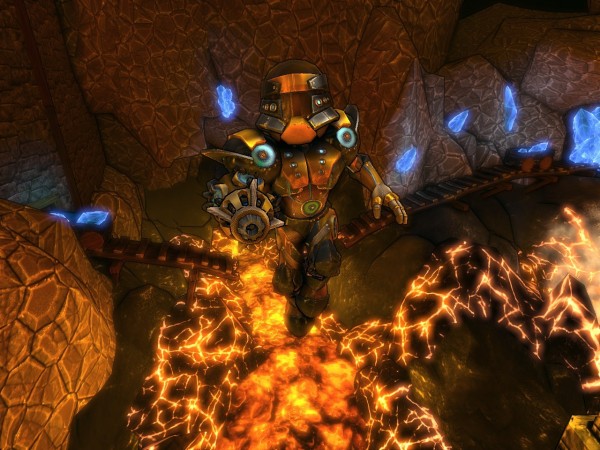 Have a cool photo you’d like to share? Send it cool to contest[at]trendyent.com with the subject “DunDef Screenshot”! Be sure to include your forum username or Steam username in the email. Our favorites will appear in future Digests!Featured Mod: Metal SonicOn our forums, Kingoftheboos has kept us updated on a Metal Sonic model for the Monk that he’s been working on. The latest update was posted yesterday, which you can see below.


We can’t wait to see your next update!And to everyone who is working on a map for our Dungeon Defenders Map Contest, be sure to show off your work-in-progress maps here!Until next time,
Hitmonchan

I am confuse, when do we get the accessories?