Dropsy is an open world adventure game with an emphasis on surreal atmospheric elements and environmental storytelling. It extracts the humor and rich narratives from classic adventure games and places them into a unique exploration based framework. You guide Dropsy, a perpetually carefree clown (ex-clown to be precise) through a richly detailed world full of colorful characters and sinister secrets. 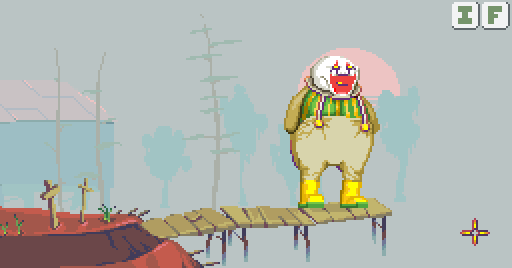 Dropsy subverts the traditional tendency of game protagonists to be destructive forces in the world. Instead of slaying enemies, Dropsy's innocence and kindness act as a catalyst for redemption. Dropsy doesn't recognize anyone as his enemy, and will lovingly embrace them whether they like it or not. 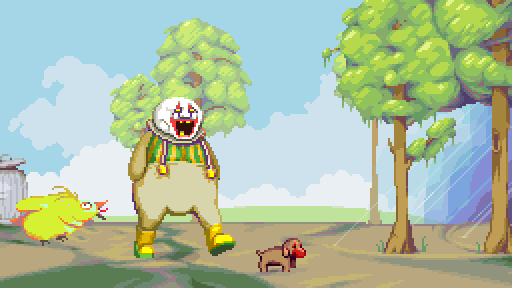 Though its roots are in the point-and-click titles of old, Dropsy is an almost entirely text-free experience. There are still colorful characters to communicate with, but the dialogue is handled visually rather than linguistically.

This helps emphasize another theme central to the game, a sense of not belonging. Players may not always understand what a character is trying to communicate, resulting in assumptions based on how they interpret the visual symbols. This came as a way to deal with the fact that Dropsy cannot speak, and has become one of its most unique aspects. It also gives the game a universal appeal as people who speak any language can enjoy it fully. 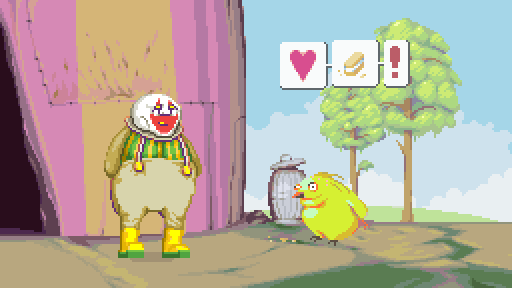 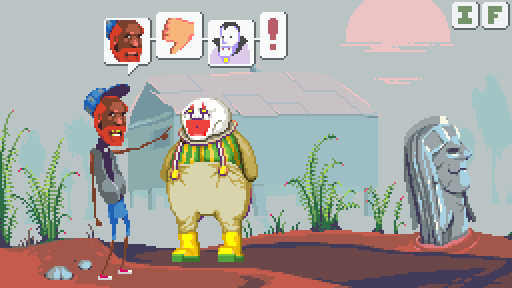 The goal is to allow the player to discover the narrative at their own pace instead of spoon feeding them plot points. Solutions to puzzles emerge organically as more is learned about Dropsy's world.

This sure is a fantastic game.

Congrats on the success of your kickstarter, hope you reach 19k for the composer. I must admit though, clowns scare me but this seems like a feel good game.

Thanks Foxxen! It is definitely a feel good game! :0) The decision to use a clown as the protagonist was partly because so many people are creeped out by them. Mostly because I just love the crap out of Dropsy himself, though.

Nice art by the way! I love your crazy unwieldy use of color.

Welcome to the wonderful and twisted world of Flipd, a psychological romp into the wonders of scurvy, the horrors of Vitamin C and how being stranded...

The town of Flamingo´s Creek is a place that only appears on nightmares... Who is the man with hair in the palm of his hands?

In BUILDANAUTS, you’re the foreman, the city planner, and the mayor of the town of your dreams. Build a town that your townsfolk, the Buildanites, will...

Tidal Affair is a new take on the stealth genre where a thief must weave their way through an island by 'steering' enemies.

Lara Croft uncovers an ancient tomb where a fearsome Egyptian God Set was once imprisoned. She unwittingly unleashes him and finds herself in a deadly...