Downfall: A Horror Adventure Game can be downloaded for free here:
Adventuregamestudio.co.uk

Quiet Haven Hotel was supposed to be just a one night shelter for Joe and Ivy Davis. But things soon start to go wrong. Ivy's panic attacks get worse and soon she disappears. Strange goings on begin around the hotel. Nothing is what it seems anymore. Joe is left alone, trying to understand what is happening, trapped between reality and the nightmare.

ENGLISH TEXTS ONLY. NO VOICES.

Contains strong language, violence and scenes of a sexual nature - not suitable for players under 18 years.

"...a creepy way to spend a few hours, as long as you aren’t squeamish." Adventure Gamers

Thanks for voting and helping Downfall - A Horror Adventure Game on it's quest to become the 2021 Indie of the Year. You are now in with a chance to score some free games. Help this game secure more votes by embedding the widget (or link) we have included below on your favorite sites.

S.O.T.F (Survival of the Fittest) 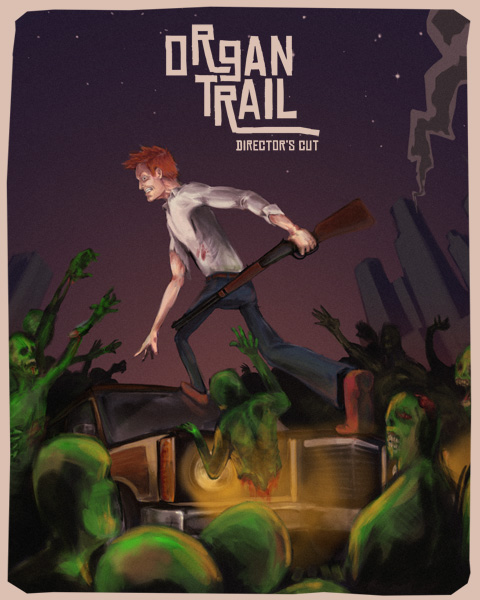 Each game here will be on sale for 75% off for the remainder of the sale! A fantastic low price all to ease your wallet related issues! Make sure you get each one!

Check out the Halloween Jump Scare Video Contest for a chance to win an uberpack of horror games that will give you the chills!

Quiet Haven Hotel was supposed to be just a one night shelter for Joe and Ivy Davis. But things soon start to go wrong. Ivy's panic attacks get worse...

Amazing game, gripping story, eerie visuals. I was completed disturbed by it.

The game won't start up it keeps saying that the resolution won't work or something. HELP!

Sadly, I have a problem with the game :(
It does not seem to respond to any mouse or keyboard input after I start it. Thus I cannot even get past the starting screen. Any help or suggestions would be greatly appreciated.

Hi there, some suggestions to try, if not let me know something about your OS/system, ty!

laptop > make sure it's running in High performance mode

mouse > is it logitech?

Is there any chance for this to get redone at some point with voice acting added like Nancy/The Perfidious Petrol Station did?

Unfortunately not, the only viable route would be a complete remake. I'll put the idea forward to R. Michalski perhaps it could happen in the future :)

As with The Cat Lady, any chance of getting an officially packaged Linux version?
While I did not try this game (only The Cat Lady), but it probably should work with the community-updated open sourced AGS version: Github.com

Hi there. It's not really an area I understand. If it's possible to get CL to work on Linux wouldn't it be similarly possible to do it with Downfall? (following similar instructions to these Lgdb.org ?)

Yes, that's exactly what I mean. I haven't tried it, because I don't have Downfall (and I didn't have much time lately), but I do expect it to work just like Cat Lady does.

And just to clarify a bit where this is coming from (since your first comments seemed a bit confused):

Chris Jones, after lots of protestation, finally began open sourcing the editor and engine code 3 years ago (kudos to him). People in the AGS community started cleaning up the code and making it run on Linux (there's been some problems on the Mac OS X front thanks to Allegro from what I've read, unfortunately).

Thanks to those efforts, The Cat Lady automatically works on Linux. Just point AGS to the Windows EXE containing the game archive. The only problem I've found so far is that, while it runs great on my desktop system, it's too slow on my older laptop, because AGS only does software scaling on Linux. Or at least it did a few months ago, no idea if that's already been changed/fixed.

So from what I understand, you would "only" need to repackage The Cat Lady and Downfall for Linux and test if everything works. Just drop in AGS compiled for Linux (32- and 64-bit), add precompiled libraries (like Allegro), and write a short wrapper script that looks if the system is 32-bit or 64-bit and starts the appropriate binary with the AGS archive (or hell, even the full old EXE) as a parameter. And then package it as a more Linux friendly tar.gz/tar.bz2/tar.xz/zip or whatever, BAM, finished, theoretically.

Would be very nice seeing a penguin here and on Steam for both games. :)

And while I can't speak for the AGS community or the subset working on the open source'd engine code, I'm sure they are happy to help should something be broken for either The Cat Lady or Downfall on Linux. :)

This is One of the Best games i have played in awhile. If you enjoy a Game with a Great Story-Line to back it up, i suggest you give it a try. if you dont believe me...watch this LP of it


This game is Also Related to [The Cat Lady] which is Also a Great game!

Five Nights at The AGK Studio Point and Click