Didgery is a unique merger of card and puzzle that blends fun explosive action with thoughtful strategy. Sit back and relax in Zen Mode, or put your skills to the ultimate test by battling the forces of evil in Nightmare Mode. Change up the rules with Special Cards, uncover a fantastical back-story of biblical proportions, and immerse yourself in the relaxing zen-like atmosphere. Didgery is a fun, addictive, and fresh experience for both puzzle and card aficionados.

Didgery is coming to Desura on November the 7th! If you are familiar with Didgery you can go snag a pre-order here.

For all those unfamiliar with Didgery, let me explain what it is.

Didgery is a casual puzzle game that uses cards to drive the puzzling mechanic. It is not a generic match-3 clone. The goal was to build something unique, accessible, epic, atmospheric, and very very fun. Didgery is the result of those efforts.

So, is Didgery a slightly revamped version of Solitaire?

Far from it! Though Didgery makes use of cards in its gameplay, the purpose of the cards is to drive the core puzzle mechanic. When played, Didgery feels much more akin to a casual puzzle game like Bejeweled than it does solitaire. But it isn’t fair to say that Didgery is free from card influences. The use of cards gives Didgery a depth that not many casual games have, while keeping it simple, fun, and approachable for all players.

For example: While Bejeweled is a ‘match 3’ game, Didgery is a chaining game. The goal is to build a chain of cards and then ignite them. The longer the chain the more score, or harmony, you get, and very large chains result in explosions that consumes nearby cards. It takes a mix of strategy, intuition, and luck to form these large chains. Watch the Let’s Play video to see how this works. 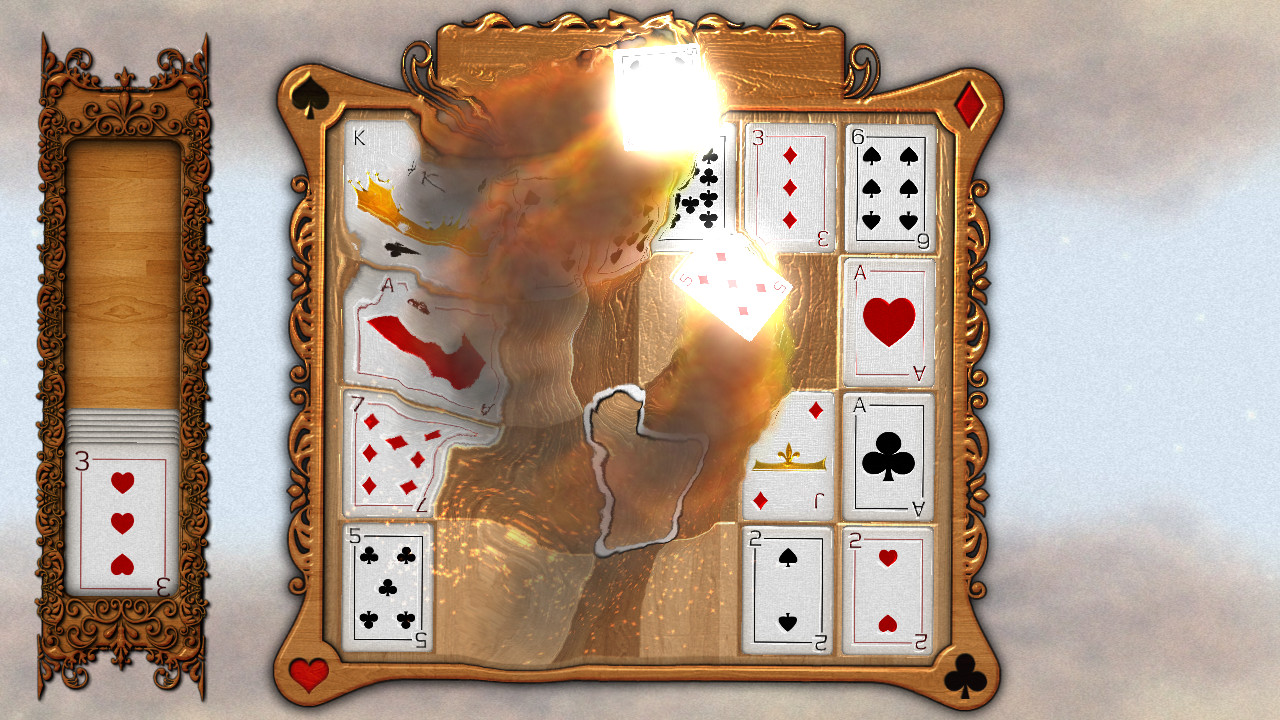 How can a puzzle game be epic?

Didgery may have the veneer of your typical casual game, but there is more going on should you choose to explore it. Like an unlockable storyline and the incredibly challenging Nightmare Mode. 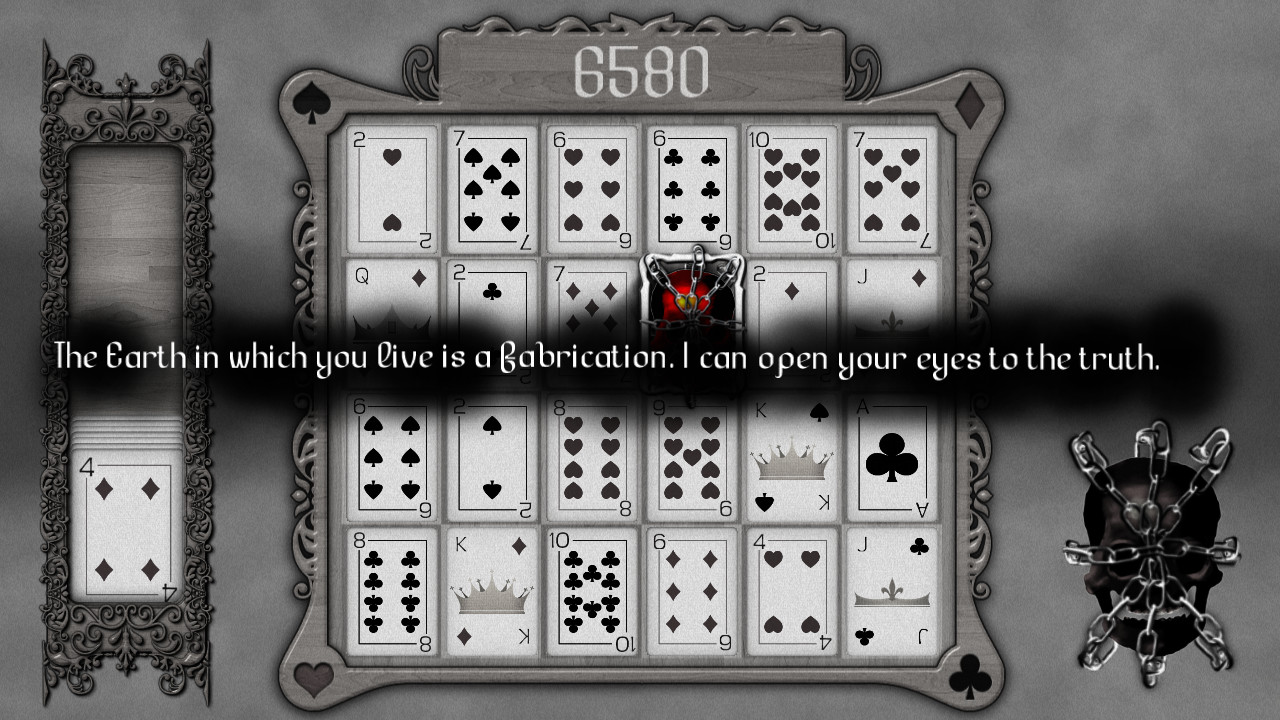 There are also special cards you can unlock that spice up the gameplay. Take the Portal Card for instance. It lets you warp positions of the cursor to create gigantic chains. 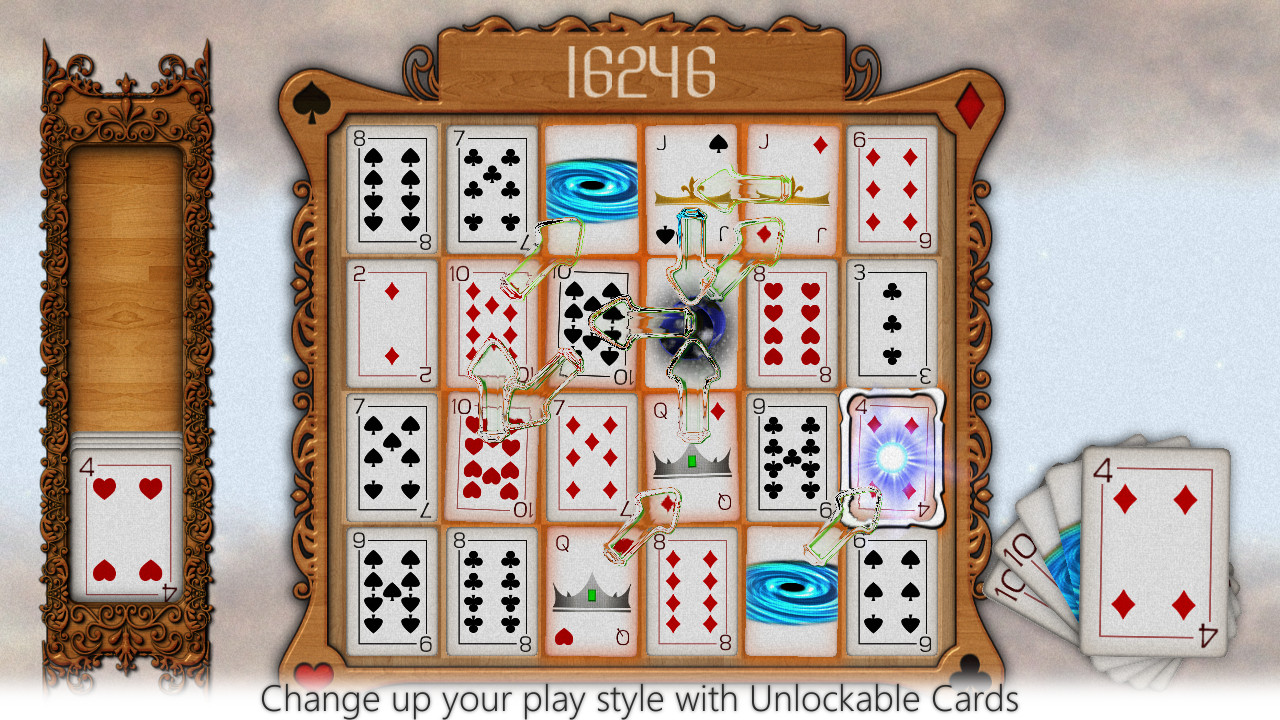 Why does Didgery have such a strange name?

Euchre, Uno, Solitare, Peggle, Poker, Bridge. Those all sound like strange names for games to me. I thought Didgery would fit the mix.

Is there anything else I should know?

Yes! I am planning on releasing a major update mid-2014 that brings Didgery to Linux (and possibly Android) and introduces Battle Mode, an online fight-to-the death that puts your card-chaining mastery to the test. This update also introduces further RPG elements such as crafting, item drops, potions, status aliments, 3D Nature Scenes in Zen Mode, and more! This update will see an increase in the price, so grab Didgery today and save a few bucks down the road!

The massive Didgery update is now available for purchase through IndieGameStand.

Major Didgery update on the way

In the past, Didgery seemed to be the type of game that lacked mass appeal. I didn't like at all like this, so, for the past month, I have been redesigning...

In this post I discuss the shortcomings of my unique puzzle game Didgery, and how I am addressing those issues to make Didgery a more fun and approachable...

Didgery is a unique merger of card and puzzle that blends fun explosive action with thoughtful strategy. Sit back and relax in Zen Mode, or put your skills...

Hey, any reason why starting up the game only shows me a black screen?
Win7, integrated and dedicated graphics, admin mode didnt help either.

Do you hear any sound? What sort of graphics card (both integrated and dedicated) is your machine running?

Just tried again, might not have noticed the first time, but I have sound at least if that helps.

No sound, it doesnt even react to the graphics settings (windowed/non windowed/resolution) and just gives me a standard windowed black screen at resolution 800*600. It seems like its just a setup window that is supposed to start the game, maybe?

On a further note, I get a black screen when I attempt to launch the game at 640x480 resolution. The window opens with a 800x600 black window. Setting the resolution to 800x600 launches in a 800x600 window but with visuals. Once you download the new version you may want to play around with the resolutions to see if you can get a visual.

Have you had any prior version of Didgery installed on your system? If so, the game may have loaded a file formatted for an old version, which may explain why it is opening at the lowest possible settings. There is code in place to convert the old format into the new, but, you know, bugs creep in here and there.

I'll try and track down the cause of this bug something this week.

Kudos for fixing it so quickly :) Now I can get around to playing it and trying whether I like the game or not ;) Oh and just in case you want to know, I included the game in my monthly thread series on neogaf: Neogaf.com Unfortunately, not many seem to have tried it so far, but I'll make sure to post some impressions if I liked it.

Awesome, I'm glad you were able to get it working. Hope you enjoy it :)

I just got this and ended up playing a couple hours. Really a fun and addicting game. Well done!

Thanks! Glad you enjoyed it :)

I played the game a bit and i like it so far. The noise/grain filter or whatever it is called gives me a headache though. Is there a chance to add a switch for that to the options please? I would really like to disable it. Good luck with the game.

Hey Shaori, I've uploaded a build that gives you the option to turn off the noise filter. You should be able to download it as soon as Desura OK's the exe I uploaded.

Thank you very much for taking the time and adding this option. I'll update it as soon as it's on Desura.

Hey, I'm always happy to make Didgery more accessible and less annoying :) It looks like Desura has just OK'ed the update, so you should be able to download it soon.

Thanks for your input Shaori. I'll add in that option as soon as I can.