Last tweaks and changes to map editing, onwards to gameplay!

A while ago while working on server side stuff, I started messing around with tile positions and attempting to increase server security. Stats and position are saved on the server side, but tile collision detection is still being handled in the client. A quick fix was to check the current position on the server map, and check if the player is in a tile they arent supposed to be in. If so, the server kicks the client and adds a potential hack alert to the logs. Im not happy with this, and Im looking to see If I can find another fancy way of getting around this issue.

Aside from that, everything else is completely managed on the server side of the game!
A bit messy, but it manages XD! What you can see below is pretty much how the server handles information for every single pokemon. It saves their evolution, id number,name,type,base stats,ect.
The bad part about this, is that adding a pokemon takes approximately half an hour due to the sprites having to be set, aswell as their base stats and attacks. It takes way to long to add one of these little monsters. The great part about this though, is that it allows easy and fast access of info when needed. So it aint too bad :D

A little more on the map editor --

Something the editor was missing was the ability to use doors. Thats when I realized that destiny didnt have the ability to create multiple worlds/rooms. The main idea for this was for players to add a little more variation on battlefields. With this, you can make death pits, secret armory rooms, hiding spots, ect. :o It depends on the imagination of the map maker.

Something else I started working on was the ability of autotiling.
It was a huge pain, and honestly I cant believe I managed to do something of the sort haha XD
After researching a bit, I found a great awnser and technique on how to autotile entities.
This allows map makers to add alot of different and new tiles for their maps, and Im really happy with the result! Though Im a horrible map maker, here are examples of how the autotiler works c:

The tilesets im using are all from rpg maker vx ace, and other artists whose credit will be given ingame aswell as links to their source. If you are an aspiring game developer, I recommend you use this program as its definitely worth the money! 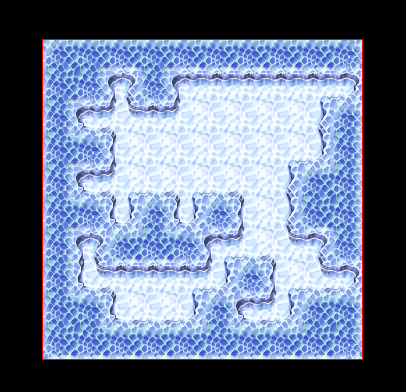 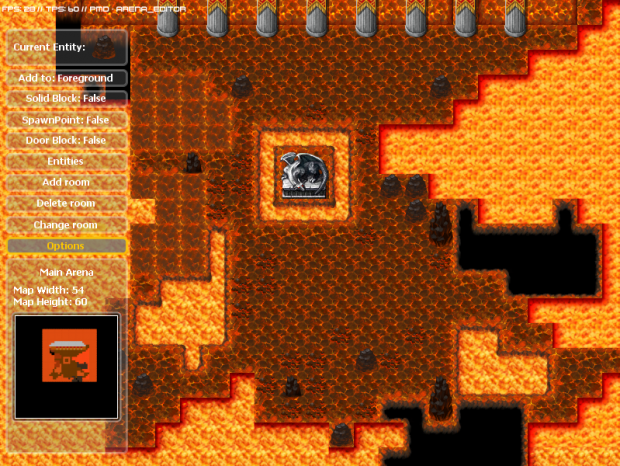 This is my example of a battlefield. Again, im horrible at making maps XD
The autotiler makes tiles combine with each other, making beautifull combinations.
Later on, I play on adding an ability to use a hotbar for placing entities, and also a way to addcustom tilesets. What I currently love about the map editor is that even huge map files dont weight as much.
A map of 20 rooms, whose with are all greater than 100 x 100 tiles ends up being around 10mb.
That is pretty small for alot of tiles! The server sends the map pretty quickly because of the small file size.

With all this, the map editor is now marked as finished and updates from now on will be focused on actual gameplay. Im sorry this wasnt much of an update, as Ive been busy with school and some personal things have been going on in my life.

Shadows and some more networking

After a long break and alot of headaches, clients are able to comunicate smoothly with each other! Server now allows plugin support :o

The actual game needed some updates, now that the map editor is practically finished :o

Decided it was time to change the HUD :o The last one was too small and didnt display much information.

Finishing the map editor and some sprites!

Finally close to finishing the map editor! Sprites for water attacks are now done thanks to a kind person.

Is this game still under development? If so, I would be happy to help with writing dialogue and story. I spend a lot of time writing when I can, and would love to put those skills to work on your game if possible.

This looks amazing! :D Any idea on when something like a demo/beta will be ready?

Im not sure when I´ll have a playable demo, since Im really busy with school work D: Not to mention I plan on making an actual story like the original mystery dungeon games :D

Hopefully I´ll have something by 2016.

2016?! Jesus Christ that's gonna be a long time. If you need help with story writing I'm happy to offer my services. I've worked on the story/translation of an Amnesia custom story, have generally good writing skills, and I'm on a Level 3 IT course currently.

I actually do need help! Give me some time so we can make a chat and discuss it there c:!

I would love to be part of the proyect! I have little experience with sprites, so send me a PM :3

i can help with character sprites,portraits and not animation for attacks but i can do the attack look will any of this help?

I´ll send you a message soon enough :D!
Just give me a little time XD