Defender's Quest : Valley of the Forgotten

Defender's Quest is a Tower-Defense/RPG Hybrid for Mac/Windows/Linux. "It's Brilliant" - Rock, Paper, Shotgun "Incredibly Fun" - Destructoid Think Final Fantasy Tactics meets Tower Defense. Defender's Quest tightly focuses on three things: tactical depth, customization, and story. That means no random encounters, no spikey-haired emo kids, no forced time sinks, and no tedious, repetitive battles. The battle system builds off of tower defense, with individual characters taking the place of towers. Each character levels-up, learns skills, and equips gear individually, allowing the player to customize their battle experience and strategy. The overall game structure is similar to "tactical" RPG's, but with a real-time battle system. Game speed is adjustable, and commands can even be issued while the game is paused. Also featuring an engaging character-driven story written by an actual English Major!

Thanks for voting and helping Defender's Quest : Valley of the Forgotten on it's quest to become the 2022 Indie of the Year. You are now in with a chance to score some free games. Help this game secure more votes by embedding the widget (or link) we have included below on your favorite sites.

You can play the demo right now! Play either in your web browser or download for Windows/Linux! (Mac version coming soon) 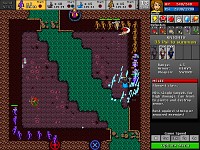 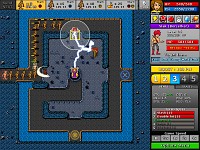 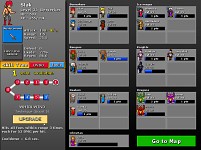 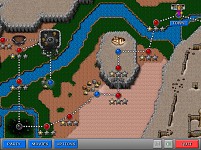 
When you're done, export your save file, which you can use to continue your game when the full version comes out!

Introducing the Genre Awards, a staff selected category to define our editors most memorable selections from five different genres including Action, Adventure...

is there no windows installer in downloads? only shows linux and apple

Hi. Kind of a dumb question. On you're web site there's a link to buy the DRM free version for the 3 OSes and a steam key? Does that get the Desura key too?

If you buy it from their site, it comes with a Desura, a GOG and a Steam key along with the DRM-free version from the Humble Store.

Where is the standalone Windows version?
Only Linux and Mac?

Can I have a desura key if I brought this game from your site?

This game is absolutly stellar. This is what I've been looking for in a Tower Defense game.

I'm loving the game so far, and equally enoying the music. However, the download link for the soundtrack isn't working... Any idea if it's a problem on my end, or something that Desura or the developers need to work out?

Excellent game, bought it from the dev months and months ago and enjoyed every minute. It's had new content added since then too.

Somehow I received a strange error when attempting to install the Demo - it stated there were no authorized files available for distribution or something.
*holds out beggar's bowl*
Advice? Advice for the nooob?

Email me with a screenshot of the error - I'll try to figure it out :) Lars dot Doucet at Gmail dot com

It looks as though it's something on Desura's end, or that you might need to re-upload the demo version of the game to them or something. But I dunno, I can't get it either... I'll probably buy the game but I wanna try it first

For now you can try the demo on our own site:
www.defendersquest.com/play_demo.html

It runs right in the browser, no installation necessary.

Played the demo. You had yourself a sale after about 15 minutes there.

The same thing has happened to me just now (the error, I mean), but I'll just help myself to the developer's demo download. ;)

Tags
Embed Buttons
Link to Defender's Quest : Valley of the Forgotten by selecting a button and using the embed code provided more...