Welcome to the gritty reality of Deathdays End, where every adult in the world has mysteriously dropped dead. The shadow of a woman on TV claims responsibility and before they know it every teen, child and baby is forced into a global phenomenon known as the Death Game. Learn more as the story progresses and play through the perspective of several different protagonists around the world, helping them survive a game of violence, death and betrayal.

Deathdays End contains a whopping cast of 11 youths with over half controllable in this volume alone. Each of them have their own distinct quirks and methods to survive the ordeal thrust upon them. Will morality win over? Or does survival of the fittest trump all. 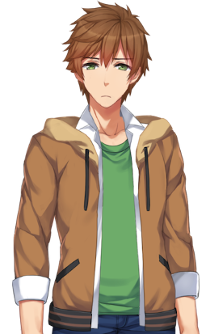 Nothing special about this one. Before the adults died, Arryn lived a quiet life with his mother and adopted sister, Marie. Technically speaking, he is the main character of this game and serves as an introduction to the world, however let's be realistic for a moment. Can a completely ordinary 17 year old boy with no talent whatsoever really survive such a messed up world? Does this face really look like that of a seasoned warrior? 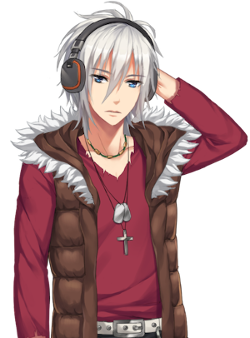 Dorothy's legal institution is a school specially made for young criminals. With ferocious punishments including physical abuse dealt by teachers on whims, Rex is someone that already has the necessary qualities needed to tough it out in the new world. The question is, why doesn't he have a last n - I mean how far will he go in his quest for survival? 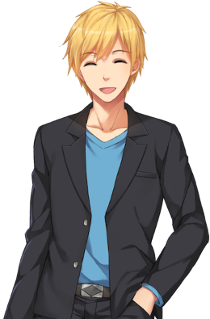 Appearances may be deceiving, but this guy's a genius through and through. Born into money and perfect grades, you'd think Marcus had it all. Of course, nobody can be that perfect and beyond his innocent smile is a world of pain before the international tragedy even begins. Having a rocky relationship with his parents and now having to look after his sweet but frail younger sister alone, Marcus Levesque will need to use all his wits and intellect for them to have a chance at coming out alive.

To promote Deathdays End and grow its popularity (top games), use the embed code provided on your homepage, blog, forums and elsewhere you desire. Or try our widget.

"An experience about survival and integration with Mother Nature." As Raoni, you explore a dense rainforest and will have a great challenge to face during...

You’re a poor peasant who has lost his shelter, and forced to leave your homeland. Having bought a ticket with your remaining money, you board a ship...

Can you handle a ruthless survival experience in Virtual Reality? Step into the buckled shoes of a 17th century explorer, as you get shipwrecked on a...

Friday the 13th: The Game

A third-person horror, survival game where players take on the role of a teen counselor, or for the first time ever, Jason Voorhees. You and six other...